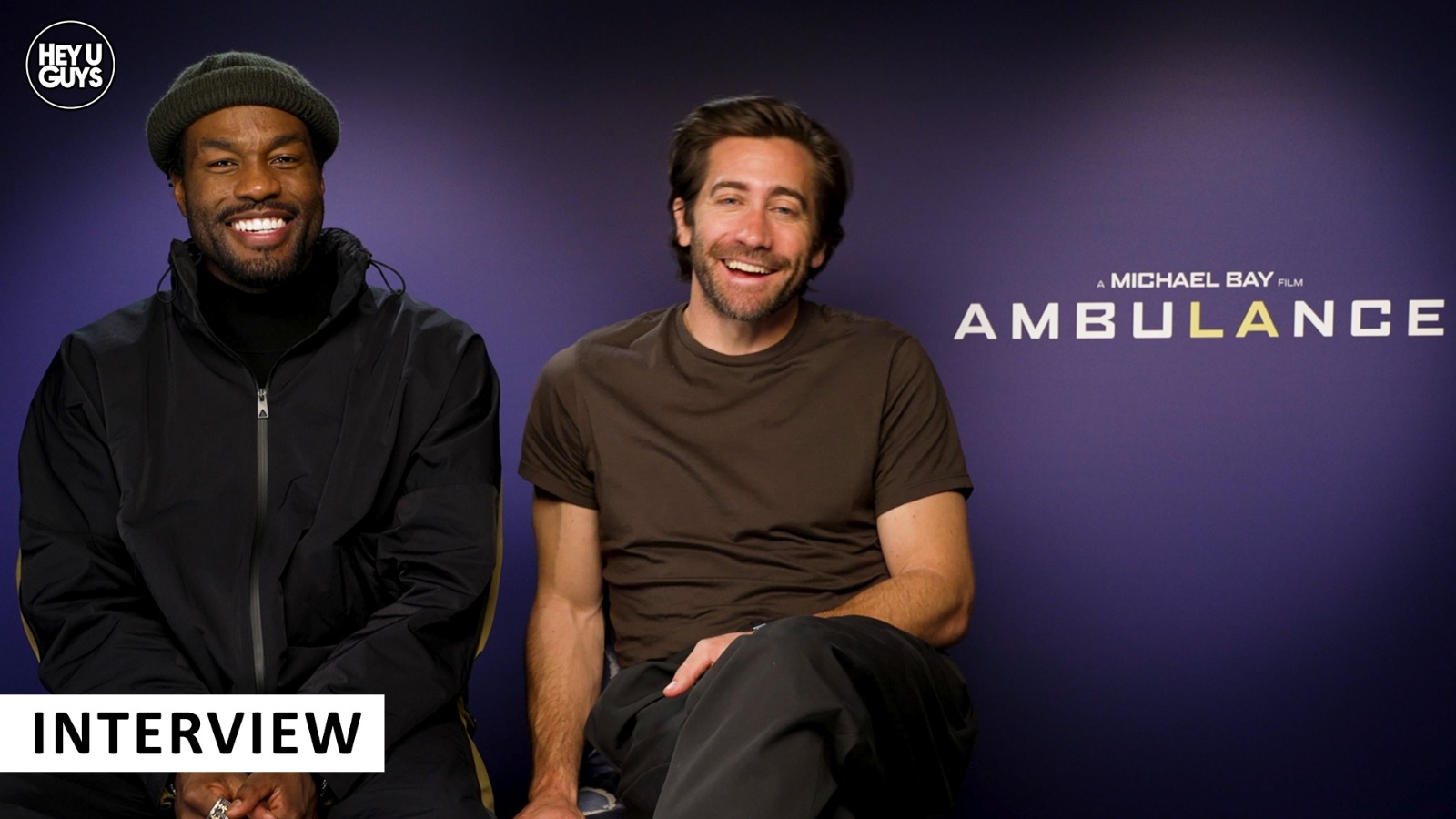 Michael Bay directing a two hour+ action thriller that basically consists of a runaway Ambulance being chased by a host of police cars and helicopters is music to many an ear, and if that sort of thing sounds up your street, then you will not be disappointed. To mark the film’s release we spoke to the man himself, as well as the leading three cast members, chatting to on-screen brothers Jake Gyllenhaal and Yahya Abdul-Mateen II, and Eiza Gonzalez. We discussed the logistics of making a movie of this nature, as well the acting experience shooting out the back of an Ambulance. Abdul-Mateen tells us whether Michael Bay let him drive, while both Gyllenhaal and Gonzalez speak about the craft of the divisive filmmaker at the helm, who Gyllenhaal describes as an auteur. Be sure to watch all interviews in their entirety below.

Needing money to cover his wife’s medical bills, a decorated veteran teams up with his adoptive brother to steal $32 million from a Los Angeles bank. However, when their getaway goes spectacularly wrong, the desperate thieves hijack an ambulance that’s carrying a severely wounded cop and an EMT worker. Caught in a high-speed chase, the two siblings must figure out a way to outrun the law while keeping their hostages alive.

Ambulance is out in cinemas now