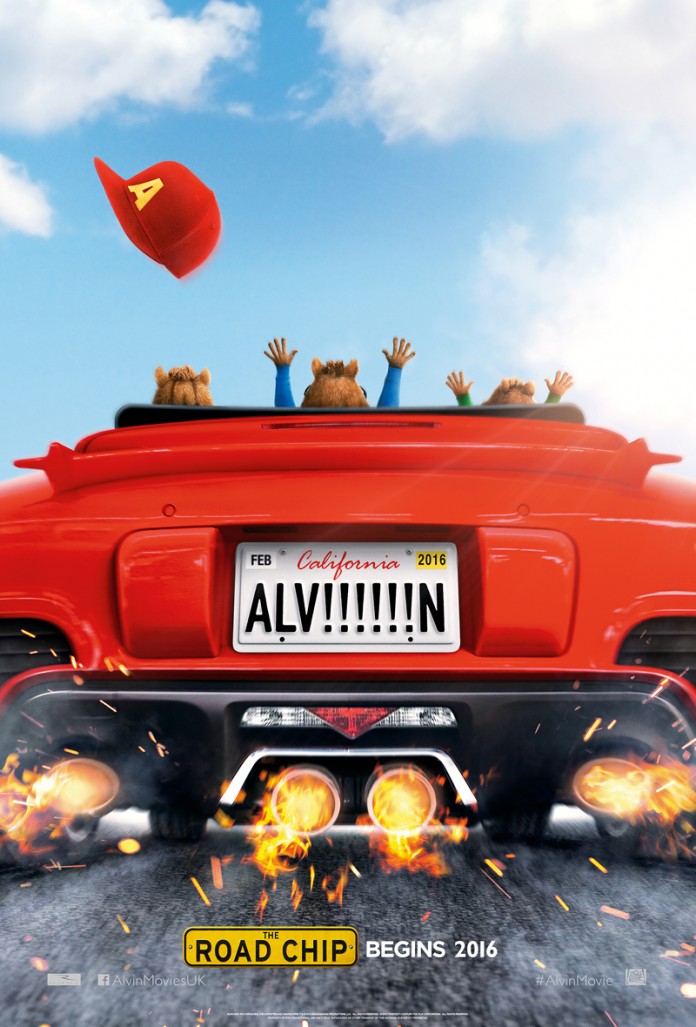 Fans of puns, lacklustre cinema and twerking rodents are in for a treat this weekend as another serviceable Chipmunk squeakquel scuttles into cinemas. With the fourth outing for these modern day movie ‘munks, Walt Becker dutifully ticks off a checklist of marginally hip pop culture references and U-rated interpersonal issues, between irksome musical numbers, before Jason Lee belts out his final “ALVIN!” yell.

We reunite with the Alvin and the Chipmunks as they plan a huge celeb blowout intended to surprise Dave on his birthday, send off the Chipettes to fame and fortune as American Idol judges and provide a reason for the aforementioned twerking. The party antics crescendo to the point of no return with a ‘munk remix of Redfoo’s Juicy Wiggle. A song whose GHB connotations are both mildly inappropriate for kids and darkly apposite for parents or chaperones sitting pondering how they shall ever tolerate 92 minutes of such fun.

Where would children’s film be without the humble misunderstanding? The thigh slapping hilarity of folk talking at cross purposes would be pruned to bonsai proportions, cartoon runtimes cropped to a shadow of their slapstick selves. It doesn’t bear thinking about. And we needn’t. Because Randi Mayem Singer and Adam Sztykiel have written us a corker: Alvin, Simon and Theodore think Dave doesn’t love them anymore!

Dave (Jason Lee) can be excused for being distracted. He is super busy falling in love with ditzy surgeon Samantha (Kimberly Williams-Paisley) and producing a record for pop sensation Ashley (Bella Thorne). If sweet, kind Samantha can be excused for forgetting she is wearing her stethoscope on a date – again! – then surely Dave is allowed to overlook her son exploiting his precious fur babies and their terror of being returned to the wild?!

Back to the misunderstanding. Those inexplicably insecure Chipmunks find a diamond ring among Dave’s possessions just as he is about to jet off to Miami. Somehow failing to understand Dave’s explicit (and plausible) explanation of why he cannot take the boys away, and missing their window to steal the ring, the ‘munks conspire to head for Miami to sabotage the proposal and save the day. Miles comes along for the ride because “You mess with one of us, you mess with all of us!” No, wait, that’s later. Miles comes along… Because.

The Road Chip improves markedly once the reluctant band of brothers leave terra firma. This is the fourth instalment of a not particularly gripping franchise so our standards are perhaps lowered but the ire of Tony Hale’s Air Marshall Suggs – towards the creatures who ruined his relationship AND his flight – is genuinely amusing. And when the Chipmunks pause the pursuit to sing at a Western bar it is the least teeth-grating number of the movie.

This jam session – and subsequent bar brawl – provide emotional glue to bond Miles and the boys. They also dilute the cringe factor enough to allow simple sentiment through. There is a nice message, muffled by the clanging cultural name drops, about how we define family. One that will undoubtedly resonate with audience members whose young lives may not fit the nuclear mould. When singing from that sincere song sheet Alvin (Justin Long), Simon (Matthew Gray Gubler), and Theodore (Jesse McCartney) have perfect delivery.

Inevitably there are further obstacles on the road to the happy ending – and further (limited) laughter during a New Orleans detour – yet all is reassuringly well by credits’ roll. With the unflinching and mildly disquieting gaze of a man who has bankrolled his next OT level, Jason Lee is steadfast in his bumbling good sportiness. Josh Green manages his evil stepbrother evolution well, that pun-heavy humour is harmless and the final product quite amiable nonsense.

Bella Thorne & Melissa Leo on Measure of Revenge, the thrill of thrillers and that infamous Oscar speech

Justin Long on Safe Spaces, the importance of nuance and the art of treading carefully