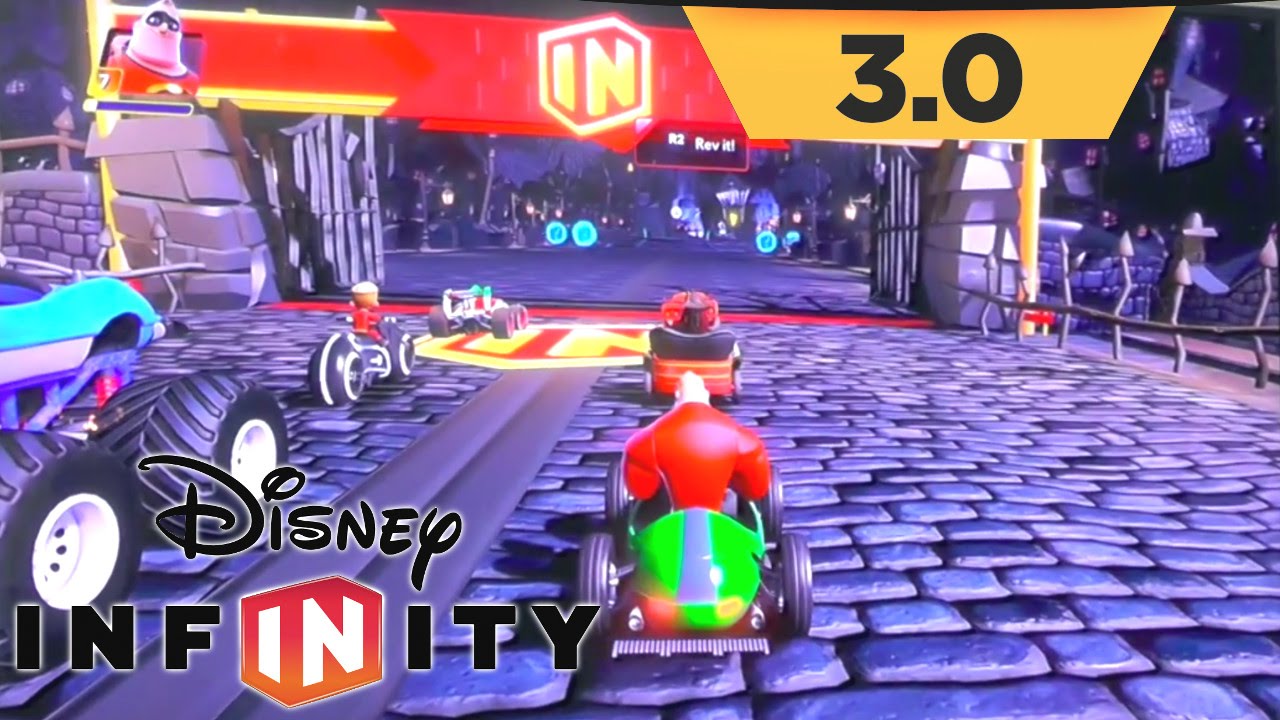 While we wait for more details on the Star Wars content in Disney Infinity 3.0, some hands on sessions with the game creator Toy Box mode have revealed a Disney and Pixar themed fully fledged racing sub game.

The add-on content will be purchasable separately (yes another thing to save your pennies for) and will offer an impressive race day experience. It’s being developed by Sumo Digital the talent behind the excellent Sonic All Stars Racing.

The tracks included will be:

There is also a Disney and Pixar themed dungeon crawler game developed along the same lines in the Toy Box, this time by Avalanche Software themselves.

Both Toy Box Speedway and Toy Box Takeover will be available when the game launches later in the year. Although there was no Star Wars campaign in the session there was a look at some Star Wars buildings and items in the Toy Box builder mode itself — topped off by a procedurally generated Ewok Village.

Super Mario Bros the Movie! Despicable Me studio Illumination in talks with Nintendo for a new animated adventure