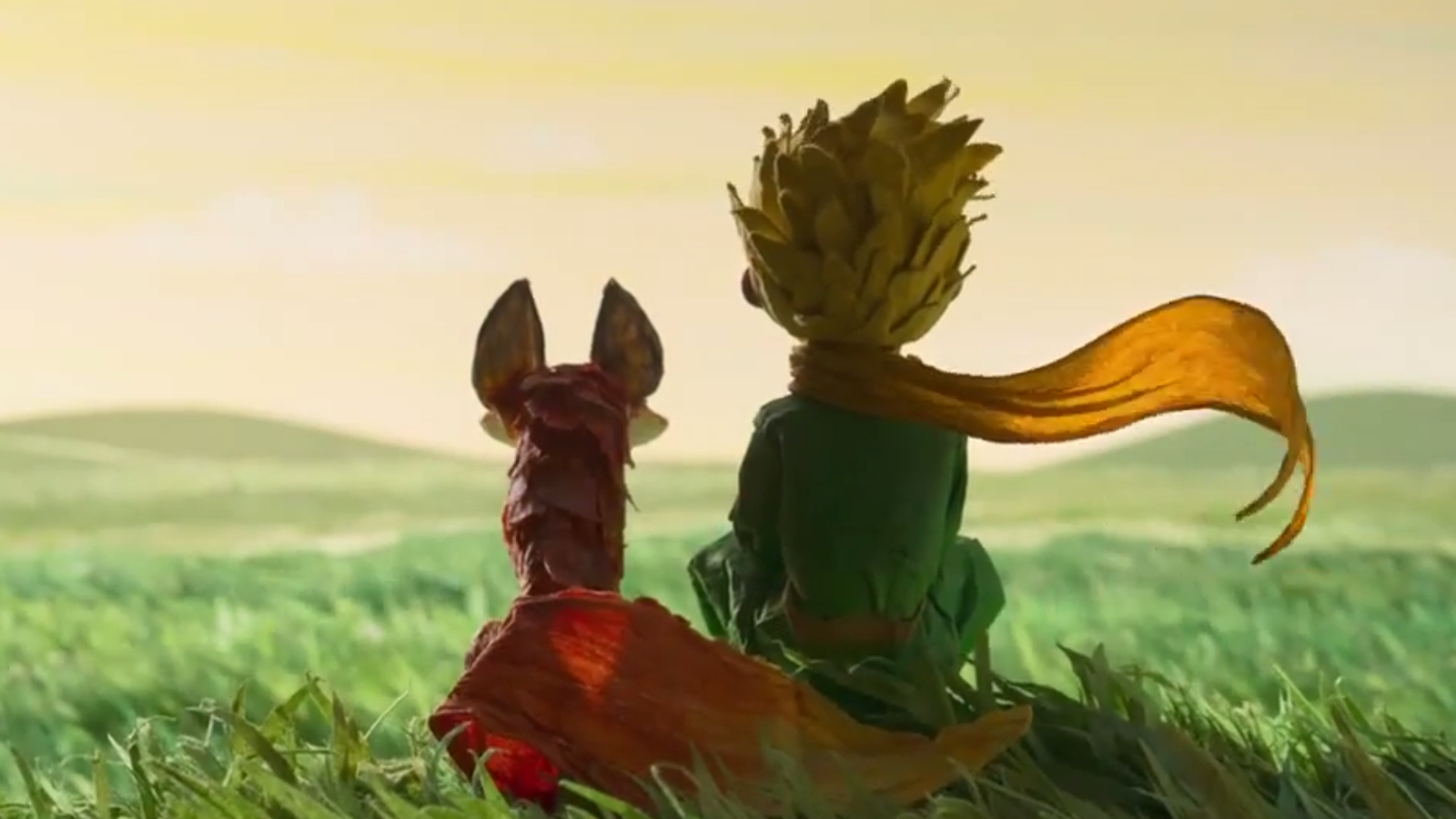 Mark Osborne, who helmed Kung Fu Panda, has taken a gamble with The Little Prince, offering a new take on a timeless classic. The final result is less than successful.

One issue which arises is how to adapt a book that has little in terms of narrative structure; Osborne resolves this by adding a whole new story. The film opens with the Little Girl (Mackenzie Foy) and her mother (Rachel McAdams) attending interviews for the prestigious Werth Academy. When it all goes pear-shaped, Mother uproots, buys a property in the school catchment area and creates a life plan for her daughter to follow.

Ensconced in their new home, the business suit and tie-wearing mum immediately heads off to work and then the neighbour comes crashing in, literally. The neighbour is the Aviator (Jeff Bridges), an eccentric old codger whose home and lifestyle bear little resemblance to the neighbourhood and inhabitants around him. All is order, everything set out like a computer grid and the hues are fifty shades of grey whereas the Aviator’s home is a chaotic ramshackle house.

In a lovely scene, the Little Girl is enveloped by a multi-coloured parachute, engulfed in colour for the first time. Thus the two embark on a friendship, the girl’s studies forgotten, as the Aviator teaches her about the important things in life.

The animation of the Little Prince story is particularly lovely, the human figures looking like wood-carved puppets, the clouds like torn coloured paper and the Fox (James Franco) cutting a delicate and breezy swathe. In the other section, there are some stand-out visuals, in particular the raindrops on the car windows and the magnifying glass. There is a nod to Wallace and Gromit inventiveness, particularly in the scene of the plane taking off.

Unfortunately, the additional story seems overcomplicated. The world that has been created just doesn’t convince: the daughter is neglected, childhood is an oddity and the culture is one of an unremitting work ethic. The mother does care for her daughter but at the same time we see her left alone to forge a friendship with an elderly man.

When we watch an animated film we are prepared to be transported to different worlds and to accept them. Whether they involve talking animals or the machinations of our minds, this is where the film falls short for we are not transported to this world. There are too many obstacles that make us question its veracity rather than willingly accept it.

The voice talent is universally good, Franco and Ricky Gervais (as the Conceited Man) particularly enjoyable, while Bridges’ voice provides the Aviator with a gravelly warmth and Marion Cotillard is a gorgeous vain rose.

Perhaps Mark Osborne should have made a smaller, more intimate film with more focus on the original story. Yet for all its flaws, this is an accomplished and lovingly made adaptation.