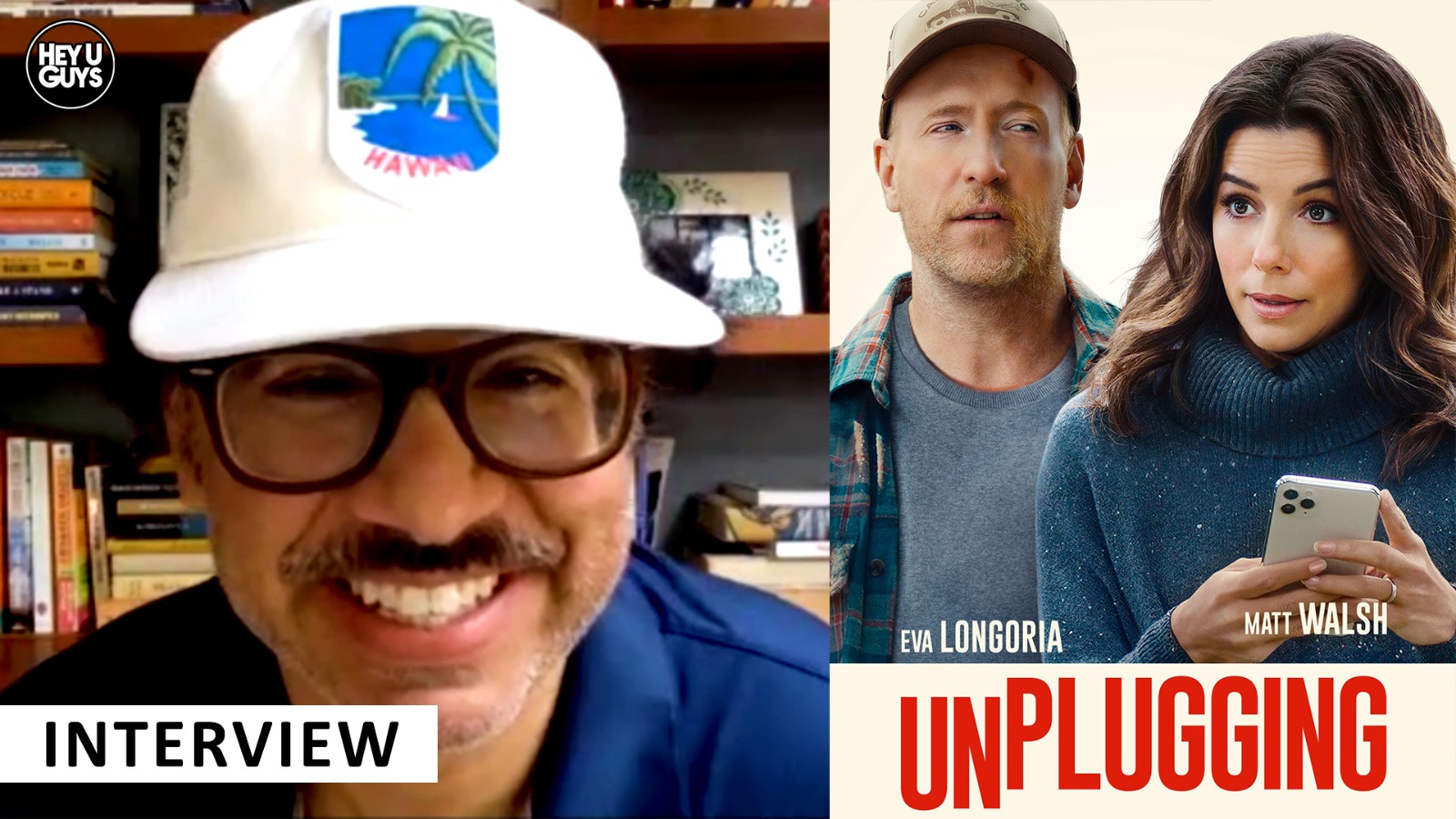 Al Madrigal can be seen in comedy flick Unplugging – starring Matt Walsh and Eva Longoria – and to mark the release of the film, we had the opportunity to speak to the comedian to discuss his role in the film, and whether he, like the characters, can “unplug” themselves, and live in the moment. From this we get into his relationship with social media, not to mention the recent news of Elon Musk buying Twitter this week.

He also speaks about the challenges in satirising politics in a modern era, and looks across his other projects, such as the comic book Primos, and the ambitions he has for that property + what it could mean for latino representation in the superhero genre, which he believes to be lacking.

Think a rustic getaway with no cell service, Internet or social media is a romantic way to repair your marriage and sex life? Think again. Meet Dan and Jeanine Dewerson. The only spark in their bedroom is from the wall socket.

Unplugging is available on Digital and On Demand now