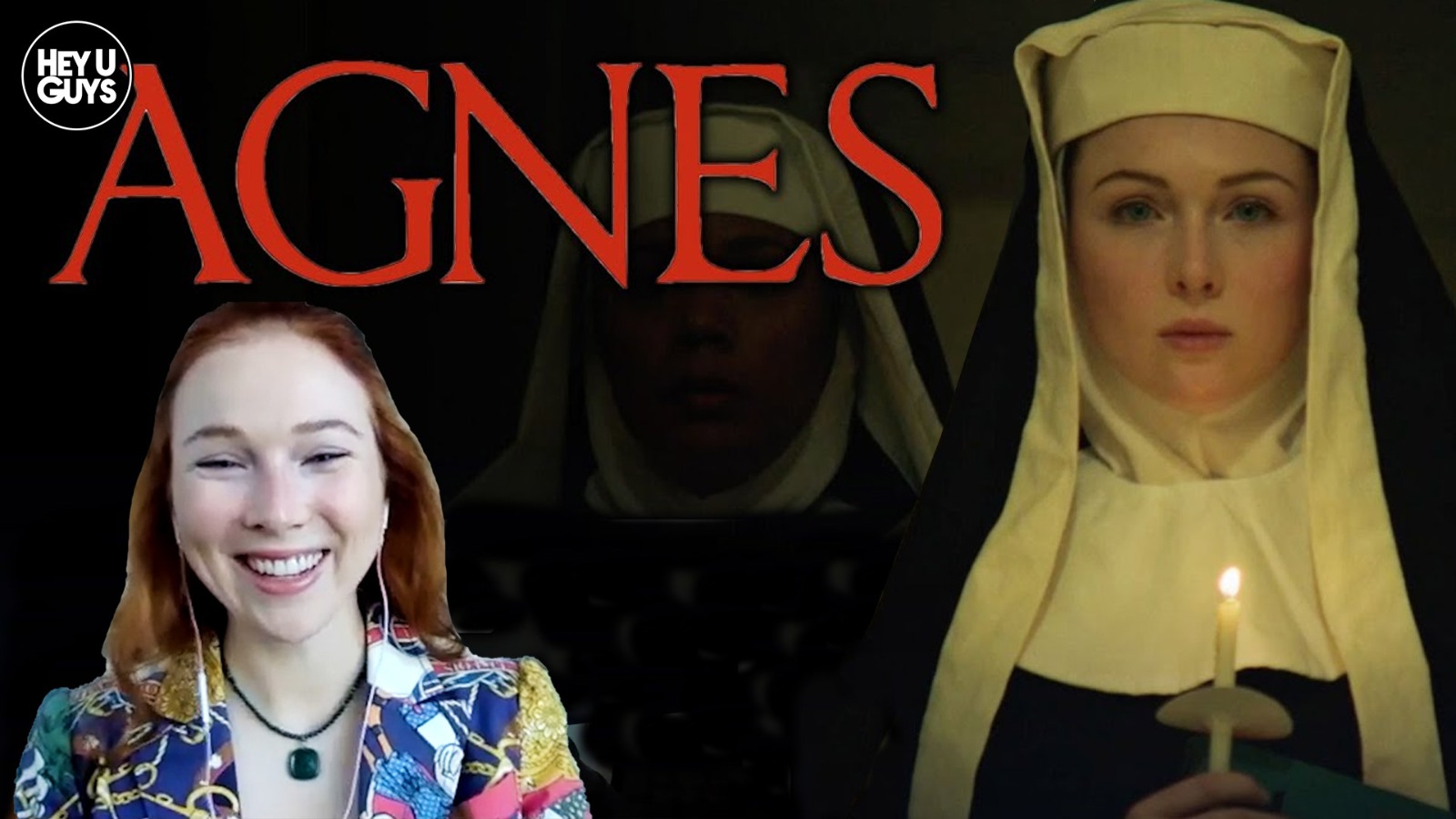 Festivals are returning (yay!) and with that comes a whole new array of brilliantly creative, indie productions for audiences to feast their eyes on. One such film is Agnes, a horror-thriller-dark comedy hybrid that features an impressive central turn from Molly C. Quinn as the titular protagonist. To celebrate the film’s showing at Tribeca tomorrow evening, on Saturday June 12th, we had the pleasure of speaking to the actress herself as she tells us all about this unique and harrowing feature, tackling religion on screen, and on starting her production company QWGmire.

Inside a quaint convent, young Sister Agnes explodes with an outburst of rage and blasphemy, causing the church to send veteran priest Father Donaghue and a younger priest-on-the-rise, Benjamin, to investigate the incident as a potential demonic possession. The heads of the church have an ulterior motive behind assigning this specific case to Father Donaghue, who’s been recently disgraced; Benjamin, meanwhile, feels suspicious of the whole endeavor. While at the convent, the young priest takes a shine to the reserved Sister Mary, Agnes’ closest friend who’s taken the evil spell especially hard. As the two clergymen get deeper into the situation, all involved have their respective faiths tested, namely Mary.

Agnes plays tomorrow night – 12th June – at Tribeca, which can be streamed at home to audiences across the United States.