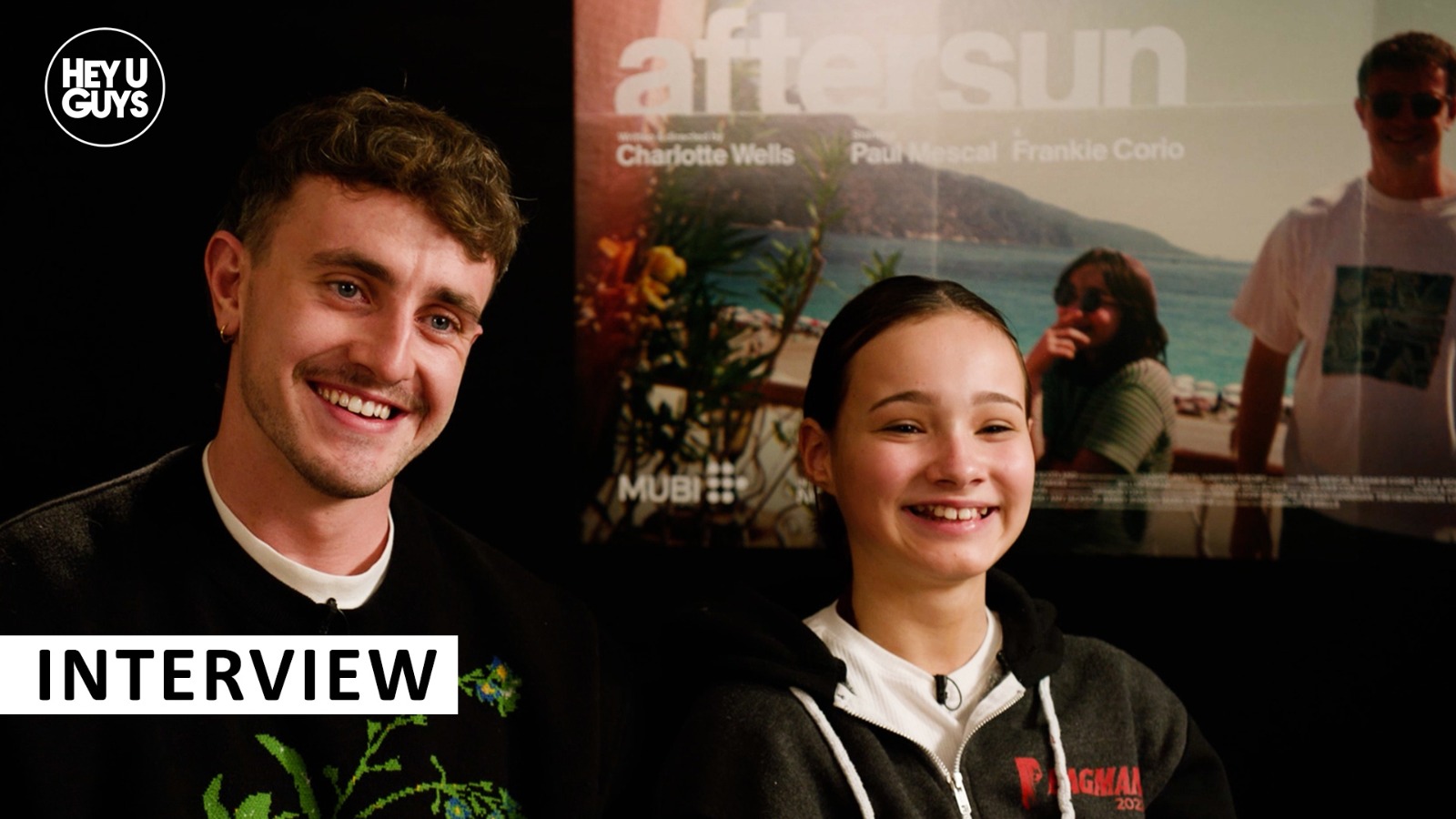 Aftersun is without one of the best films of the year, and one of the most strikingly assured debuts in quite some time, from Scottish filmmaker Charlotte Wells. To mark the film’s release, following a triumphant run on the festival circuit, we had the immense pleasure in speaking to the talent from both in front of and behind the lens, as we chat to leading stars Paul Mescal and Frankie Corio, as well as Wells herself.

With Mescal and Corio we discuss the bond they share, as they tell us whether they’ve been able to stay in touch since the shoot ended. Mescal also talks about working with Wells, and Corio delves into this unique experience that starring in a movie has given her. When chatting to Wells we talk about the personal nature of the tale, and on the casting of the aforementioned, wonderful duo + the strength in her musical choices for the film… Be sure to watch both interviews in their entirety below.

Twenty years after their last holiday at a fading vacation resort, Sophie reflects on the rare time spent with her loving and idealistic father Calum. At 11-years-old, as the world of adolescence creeps into Sophie’s view, Calum struggles under the weight of life outside of fatherhood. Sophie’s recollections become a powerful and heartrending portrait of their relationship, as she tries to reconcile the father she knew with the man she didn’t.

Aftersun is released on November 18th