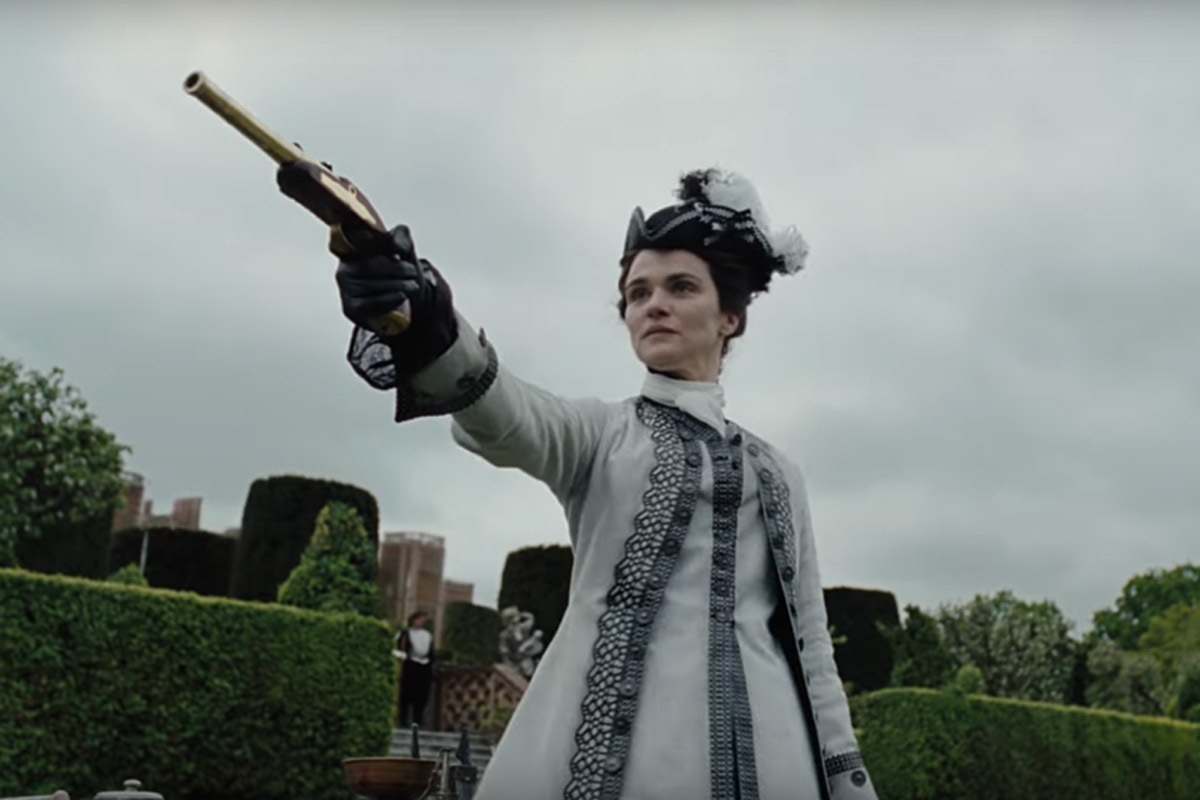 The Favourite lived up to its title with GALECA’s Dorian Award voters, who named the cheeky historical romp Film of the Year and bestowed its star, Olivia Colman, with the crown for Film Performance of the Year – Actress for her biting turn as Queen Anne. The sumptuous movie also scored Screenplay of the Year honours for its writers Deborah Davis and Tony McNamara.

Alfonso Cuarón was named Director of the Year, while his film Roma was voted Foreign Language Film of the Year. Ethan Hawke took Film Performance of the Year – Actor for his work as a priest on the verge of madness in Paul Schrader’s First Reformed. In supporting film acting categories, the winners were Regina King for If Beale Street Could Talk and Richard E. Grant for Can You Ever Forgive Me? The latter film, a dark comedy about a struggling New York writer who turns to forgery, was named GALECA’s LGBTQ Film of the Year.

GALECA: The Society of LGBTQ Entertainment Critics have announced the winners of their tenth annual Dorian Awards.

GALECA is comprised of over 200 LGBTQ and ally entertainment journalists in the U.S., Canada, Australia and the U.K. including HeyUGuys contributor James Kleinmann.

Film of the Year:
Winner: THE FAVOURITE
If Beale Street Could Talk
Roma
A Star is Born
Can You Ever Forgive Me?

Director of the Year:
Winner: ALFONSO CUARÓN, ROMA
Marielle Heller, Can You Ever Forgive Me?
Barry Jenkins, If Beale Street Could Talk
Yorgos Lanthimos, The Favourite
Spike Lee, Blackkklansman

Film Performance of the Year — Actress:
Winner: OLIVIA COLMAN, THE FAVOURITE
Yalitza Aparicio, Roma
Toni Collette, Hereditary
Lady Gaga, A Star is Born
Melissa McCarthy, Can You Ever Forgive Me?

LGBTQ Film of the Year:
Winner: CAN YOU EVER FORGIVE ME?
Boy Erased
Disobedience
The Favourite
Love, Simon

Screenplay of the Year:
Winner: DEBORAH DAVIS AND TONY MCNAMARA, THE FAVOURITE
Bo Burnham, Eighth Grade
Alfonso Cuarón, Roma
Nicole Holofcener and Jeff Whitty, Can You Ever Forgive Me?
Barry Jenkins, If Beale Street Could Talk

Documentary of the Year:
Winner:WON’T YOU BE MY NEIGHBOR?
Free Solo
RBG
Shirkers
Three Identical Strangers

LGBTQ Documentary of the Year:
Winner: MCQUEEN
The Gospel According to Andre
Scotty and the Secret History of Hollywood
Studio 54
Whitney

Unsung Film of the Year:
Winner: WIDOWS
Colette
Disobedience
The Happy Prince
Tully
We the Animals

Unsung TV Show of the Year:
Winner: SCHITT’S CREEK
The Bisexual
Dear White People
The Good Fight
One Day at a Time

Timeless Star. Given to an actor or performer whose exemplary career is marked by character, wisdom and wit:
Winner: HARVEY FIERSTEIN