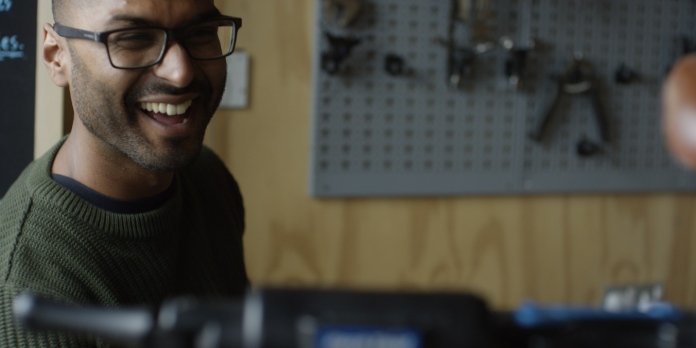 This is a paid advertorial for Universal Channel

We spend a lot of our time with comic book characters. Cinemas are filled each week with audiences hungry to see larger than life characters overcome the forces of evil in ever more visually impressive ways. Industries are built on this desire to see the extraordinary brought to thrilling life. But it’s not always the heroic figures clad in colourful costumes that lead us down new and exciting avenues. Today we celebrate the real life heroes.

Indeed, some of the greatest films ever made have been inspired by true life events. Often needing no star-spangled hyperbole, nor a slew of state-of-the-art CG special effects to convey the basics tenets of human truth inherent in their story; these are the stories that touch us, the stories that change us. They are the reason we go to the movies; so we can learn and aspire to do great things.

In collaboration with Universal Channel we’re taking a look at some amazing real life journeys unfolding right now. As part of their 100% Character Uncovered campaign they have produced the first in a number of short films focusing on inspirational journeys, beginning with entrepreneur Amir Miah.

Like many before him Amir Miah quickly realised that his greatest investment in any project is in its people. Growing up on a council estate in North London gave Miah an unsteady foundation for making his way in the world. Yet, he was able to see beyond the confines of his environment and found a way to develop his talent for helping people discover their own potential.

In an interview with Say It! Miah explained the big idea behind his Your Bike project,

‘Your BIKE’ is a youth-led social enterprise. ‘your BIKE’ provides training and employment opportunities for young people and young adults. This training results in a professional cycle mechanic accreditation at the national industry standard

This altruistic spirit found a channel in his Your Bike project. The video below, produced by Universal Channel, explains how an idea can become something extraordinary, one with far-reaching consequences.

With the right spirit, the determination to overcome all obstacles and with the desire to help those who need it most, Amir Miah’s story is quite something, and well worth following in the subsequent Universal Channel videos.

There is plenty more to come, and you can follow Amir’s extraordinary continuing story on the social media links below, as well as checking out Universal Channel itself.

You can also check out the story of a Lifeboat Crew Member who turned a real life rescue into a determination to become a lifeboat volunteer to save lives herself. Meet Lorraine here.

Win The Man in the High Castle: Creating the Alt World book

David Ayer in negotiations to direct ‘The Dirty Dozen’ remake