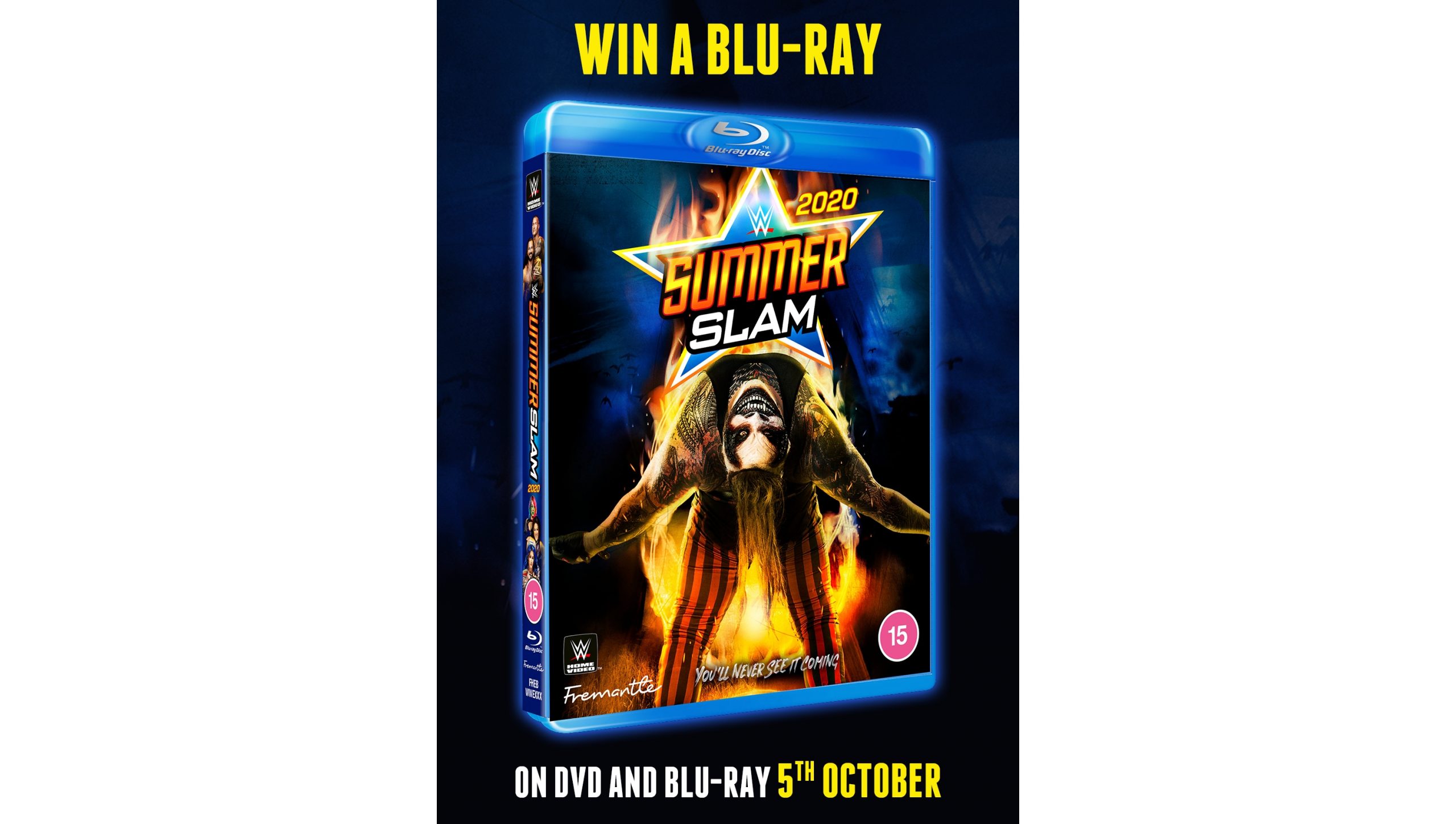 To mark the release of WWE: Summer Slam 2020 on 5th October, we’ve been given 2 copies to give away on Blu-ray.

It’s SummerSlam, WWE’s second biggest show of the year! It’s also the first major event to be held inside the WWE ThunderDome, the exciting new environment that puts the WWE Universe right next to the action! WWE Champion Drew McIntyre defends his title against Randy Orton! Asuka challenges for gold against both members of the Golden Role Models, Sasha Banks and Bayley, in separate matches! And Braun Strowman puts the Universal Championship on the line against The Fiend, with the unexpected return of Roman Reigns! Plus, much more!