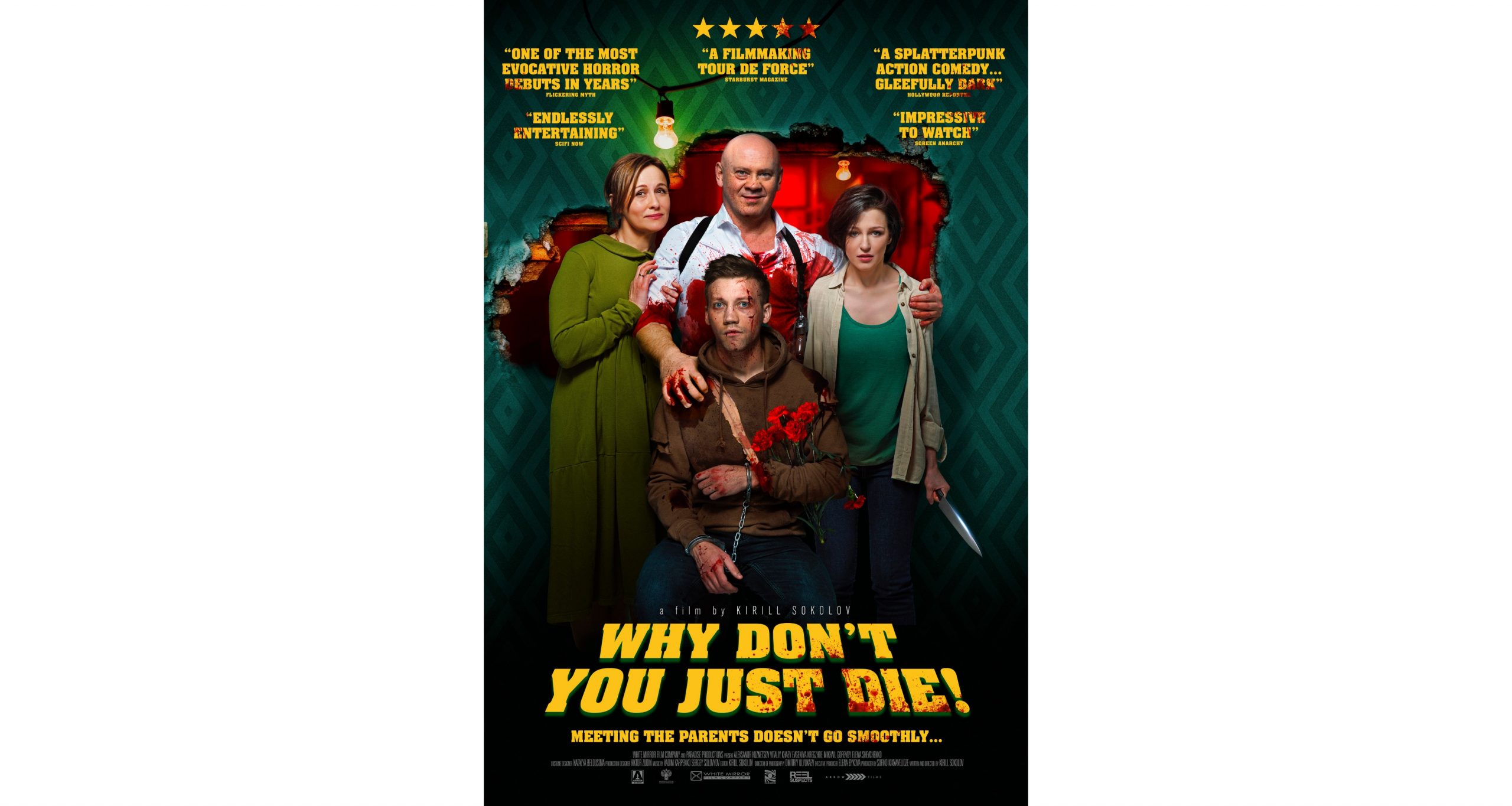 Matvey (Aleksandr Kuznetsov) has just one objective: to gain entry to his girlfriend’s parents’ apartment and kill her father Andrey (Vitaliy Khaev) with a hammer to restore her honour. But all is not as it initially seems, and Matvey’s attempts to bludgeon the family patriarch to death don’t quite go to plan as Andrey proves a more formidable – not to mention ruthless – opponent than he anticipated… and Matvey, for his part, proves stubbornly unwilling to die.

Why Don’t You Just Die! is out on Blu-ray & Digital HD on 20 April and on The Arrow Video Channel on 4 May.

Win Yield to the Night on Blu-ray