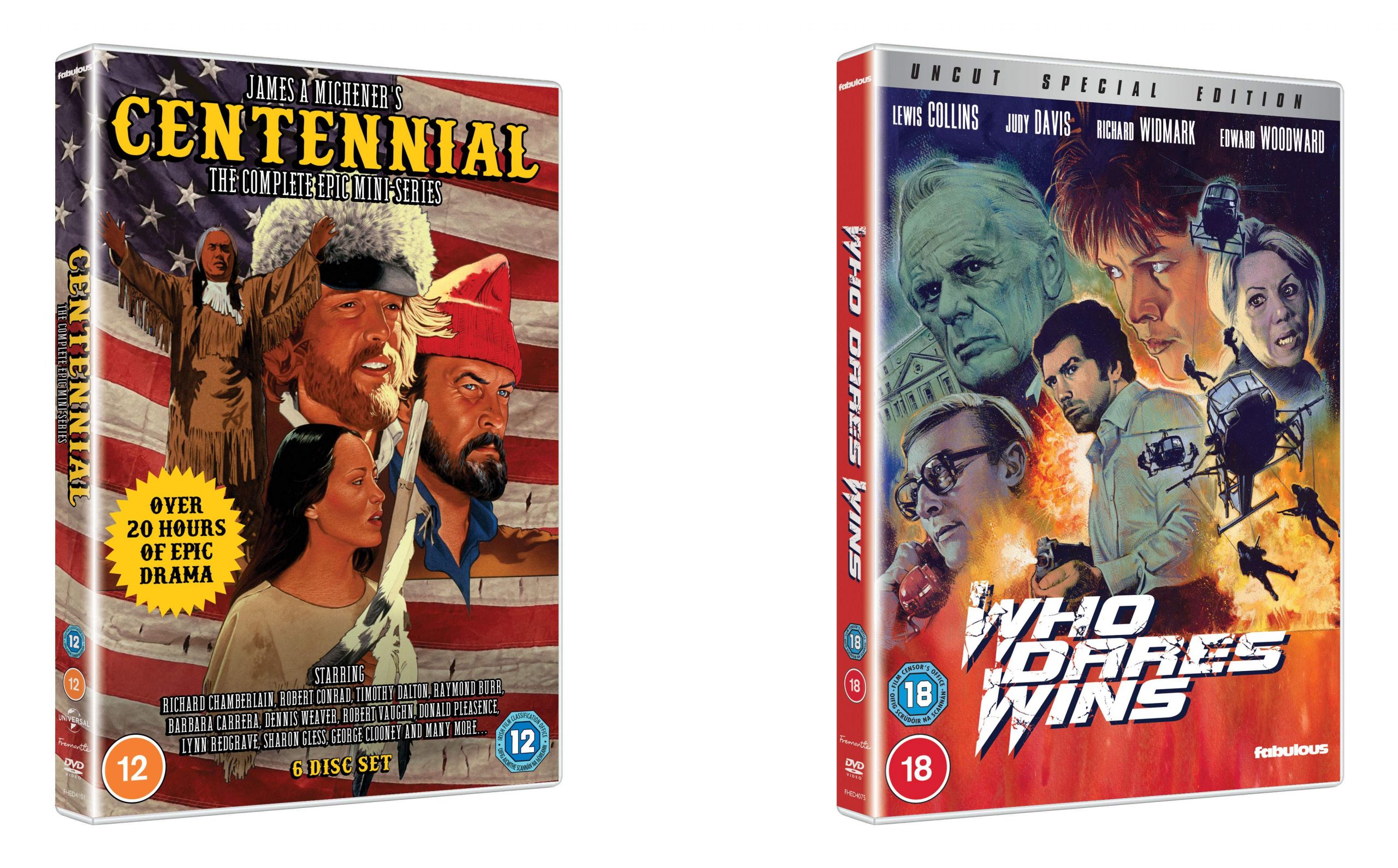 To mark the release of Who Dares Wins and Centennial, both out on 7th June, we’ve been given a copy of each to give away to 1 winner.

A captivating look at the intertwining lives of the brave men and women of the
fictional American town of Centennial, Colorado that endured the growing pains of a nation on the rise. Follow the grand hopes, dreams, loves and adventures of generations of residents from their risky attempts to establish a settlement in 1795 through to the politics and power plays of the 20th century.

When an anti-nuclear group resorts to terror to secure their ends, it takes the SAS to deal with them…as only the SAS can. Lewis Collins plays Peter Skellen, an SAS Captain sent to join the terrorists who are led by Frankie Leith (Judy Davis). Skellen joins as an undercover agent as the terrorists attack the London residence of the American Secretary of State. Only the SAS can save the VIP hostages…because only they dare. (And because they are told to by their chain of command).