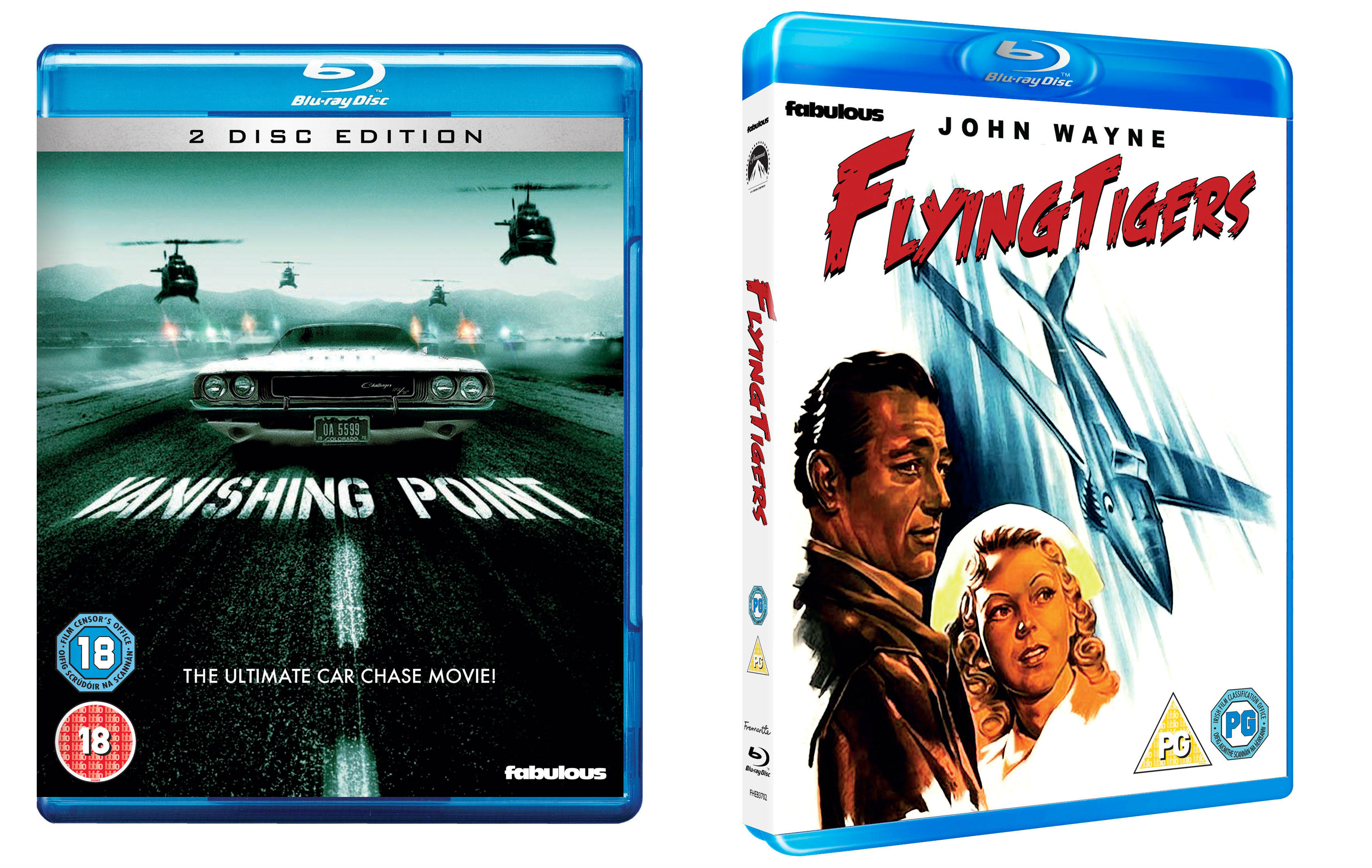 To mark the release of Vanishing Point and Flying Tigers, both out now, we’ve been given a copy of each on Blu-ray to give away to 1 winner.

Barry Newman stars as Kowalski, the last American hero, who sets out to prove that he can drive from Denver to San Francisco in just fifteen hours. Along the way, he meets an old prospector, a nude woman on a motorcycle, and a blind D.J. who “sees” danger ahead in this super-charged, action-packed adventure!

The American Volunteer Group, or Flying Tigers, fight bravely for China’s freedom despite the fact that they are greatly outnumbered. Squadron leader Jim Gordon (John Wayne) gets a new recruit when Woody Jason (John Carroll) joins the group. Woody signs up only because he needs money to pay for a breach-of-promise suit. His egotism and mercenary motives gain him the ill-will of fellow fliers. He further antagonises them by stealing Jim’s girl, Brooke, a Red Cross worker.