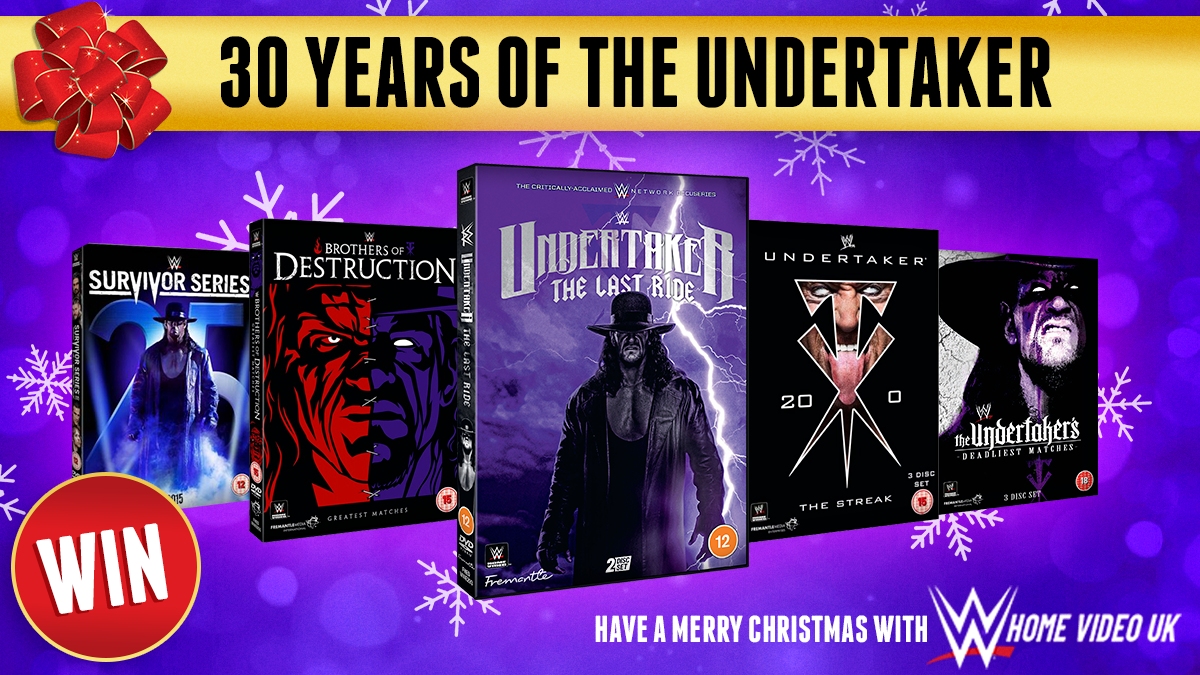 To celebrate 30 years of Undertaker, we are giving away a bundle of DVDs, which includes brand new release Undertaker The Last Ride!

Prizes in the bundle:

Chapter 1: The Greatest Fear
Get a rare and revealing look at Mark Calaway, the man behind The Undertaker, as he prepares for the final match of his storied WWE career against Roman Reigns at WrestleMania 33.
Chapter 2: The Redemption
The Undertaker’s greatest fear is realized as his disappointing performance against Roman Reigns fuels the Dead Man to rebuild and redeem himself in a match against John Cena at WrestleMania 34.
Chapter 3: End of an Era
Fresh off his stellar performance at WrestleMania 34 against John Cena, The Undertaker seeks closure on his 30-year career in a series of matches with the men he respects the most – Triple H, Shawn Michaels and Kane. With a dream scenario involving all four Legends at WWE Crown Jewel, the stage was set for The Phenom to ride off into the night.
Chapter 4: The Battle Within
Seeking a storybook ending for his legendary career, the Undertaker’s mental and physical struggles come to a head in Saudi Arabia, with disastrous results. And in the wake of that catastrophe, Mark Calaway makes a major decision regarding his future as the Undertaker.
Chapter 5: Revelation
With The Undertaker seemingly content calling it a career after a successful match at WWE Extreme Rules, the lure of a WrestleMania dream match with AJ Styles brings The Deadman back for perhaps his last ride at The Showcase of the Immortals.