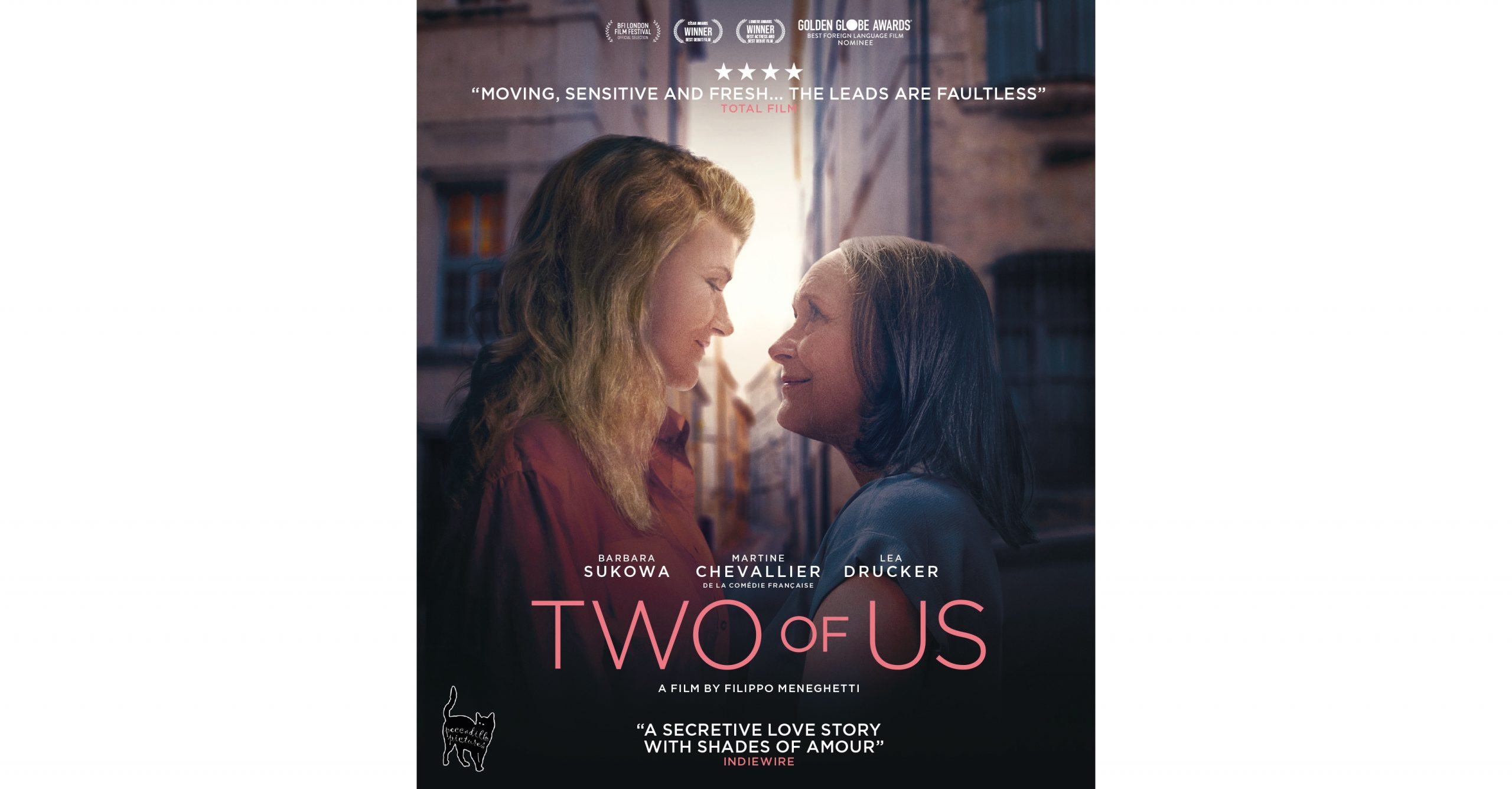 To mark the release of Two of Us on 16th August, we’ve been 2 copies to give away on Blu-ray.

When Nina Dorn (Barbara Sukowa) met Madeleine Girard (Martine Chevalier) on holiday in Rome, they became instantly inseparable. Decades later, they still are, sharing their lives and the landing between their two apartments. After more than twenty years of loving in the shadows, Madeleine promises Nina she will tell her family the truth. Though certain of her decision and love for Nina, Madeleine finds the prospect of “coming out” daunting. It takes an unexpected, life-altering event to show her the importance of living your truth.

Featuring a trio of powerhouse performances from Barbara Sukowa (Hannah Arendt), Martine Chevallier (of the Comédie Française) and Léa Drucker (Custody). Filippo Meneghetti’s ‘Two of Us’ is an unbridled celebration of a love that knows no bounds – and the unshakeable fervour of the female spirit.

Two of Us – released on DVD, Blu-ray and On-Demand on 16th August

Two of Us Review