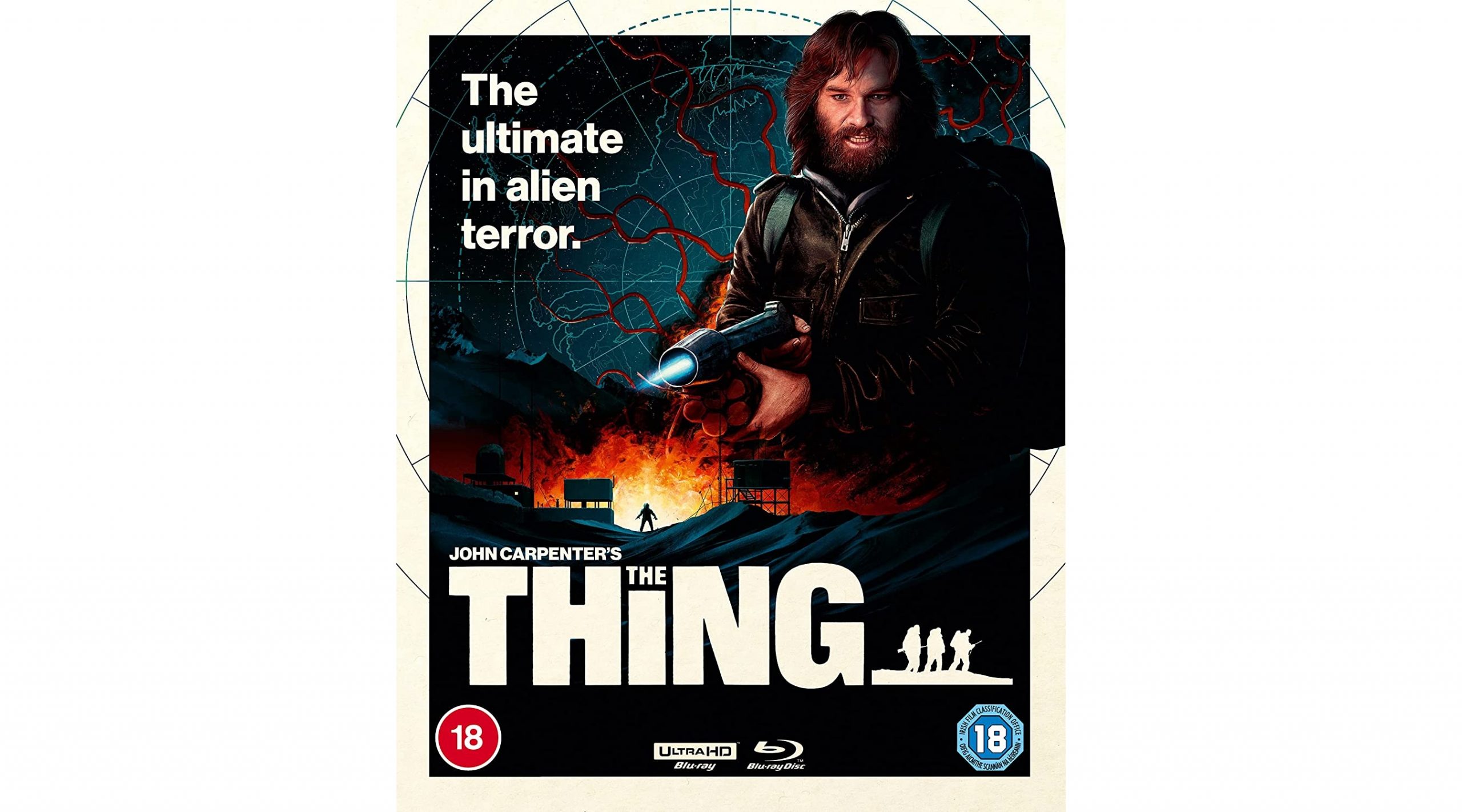 To mark the release of The Thing on 20th September, we’ve been given 3 copies to give away on 4K Ultra HD.

Over the years, star Kurt Russell (The Hateful Eight) and master of horror John Carpenter have teamed up on a multitude of films from Big Trouble in Little China (1986) and Escape from New York (1981). Starring alongside Russell’s MacReady is Wilford Brimley (Cocoon), Keith David (The Princess and the Frog), Richard Masur (Risky Business), T.K. Carter (Runaway Train), David Clennon (Syriana, Missing), Richard Dysart (Back to the Future Part III), Charles Hallahan (Dante’s Peak), Peter Maloney (Requiem for a Dream), Donald Moffat (Clear and Present Danger) and Joel Polis (The Rookie).

A research team based out in the snowy wilds of Antarctica find themselves besieged by a terrifying, shape-shifting creature which has found its way into their base. When it becomes clear that the creature can take the form of any organism it so chooses, the tension within the team reaches breaking point. Any one of them could be… The Thing.