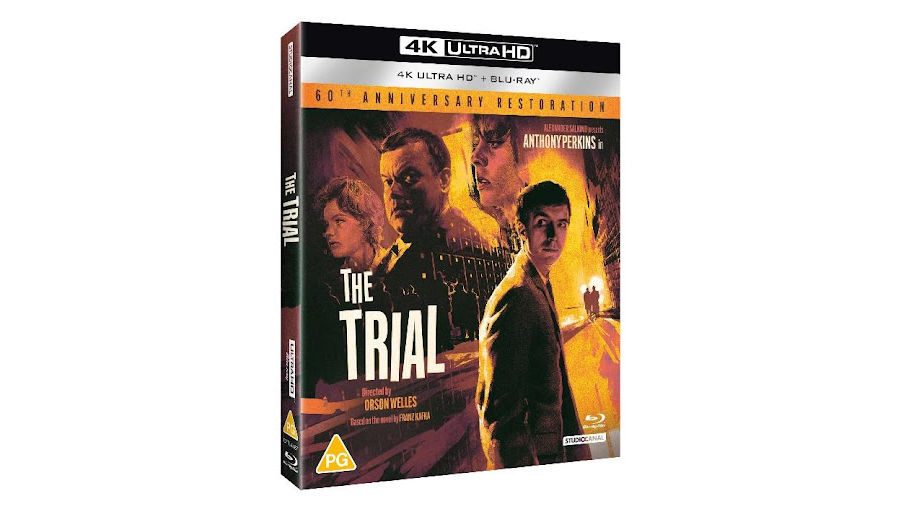 To mark the release of the restored 60th anniversary edition of The Trial, out now, we’ve been given a 4K Ultra HD copy to give away to one winner.

Based on the novel by Franz Kafka, THE TRIAL is a masterclass in tension building and avant-garde filmmaking featuring outstanding performances from a stellar cast – Anthony Perkins, Orson Welles, Jeanne Moreau and Romy Schneider.

One morning, Josef K. (Perkins) is arrested but has no idea what crime he is accused of. Completely stunned, K. slowly finds himself trapped in a dehumanised nightmare and realizes he is the victim of a grotesque plot. He is accused by everyone, friends and enemies, until, worn down, he ends up doubting his own innocence.

Welles brilliantly captured the oppressive and nightmarish qualities of Kafka’s fictional world. Using the cracked labyrinthine corridors of Paris’ ruined Gare D’Orsay as his set, with icy black and white photography full of disorientating camera angles and unconventional use of focus, Welles’ strikingly depicts the spider-and-fly games of an ineffectual man struggling against his inescapable fate.

THE TRIAL is released on 4K UHD, Blu-ray, DVD and Digital from 21st November 2022