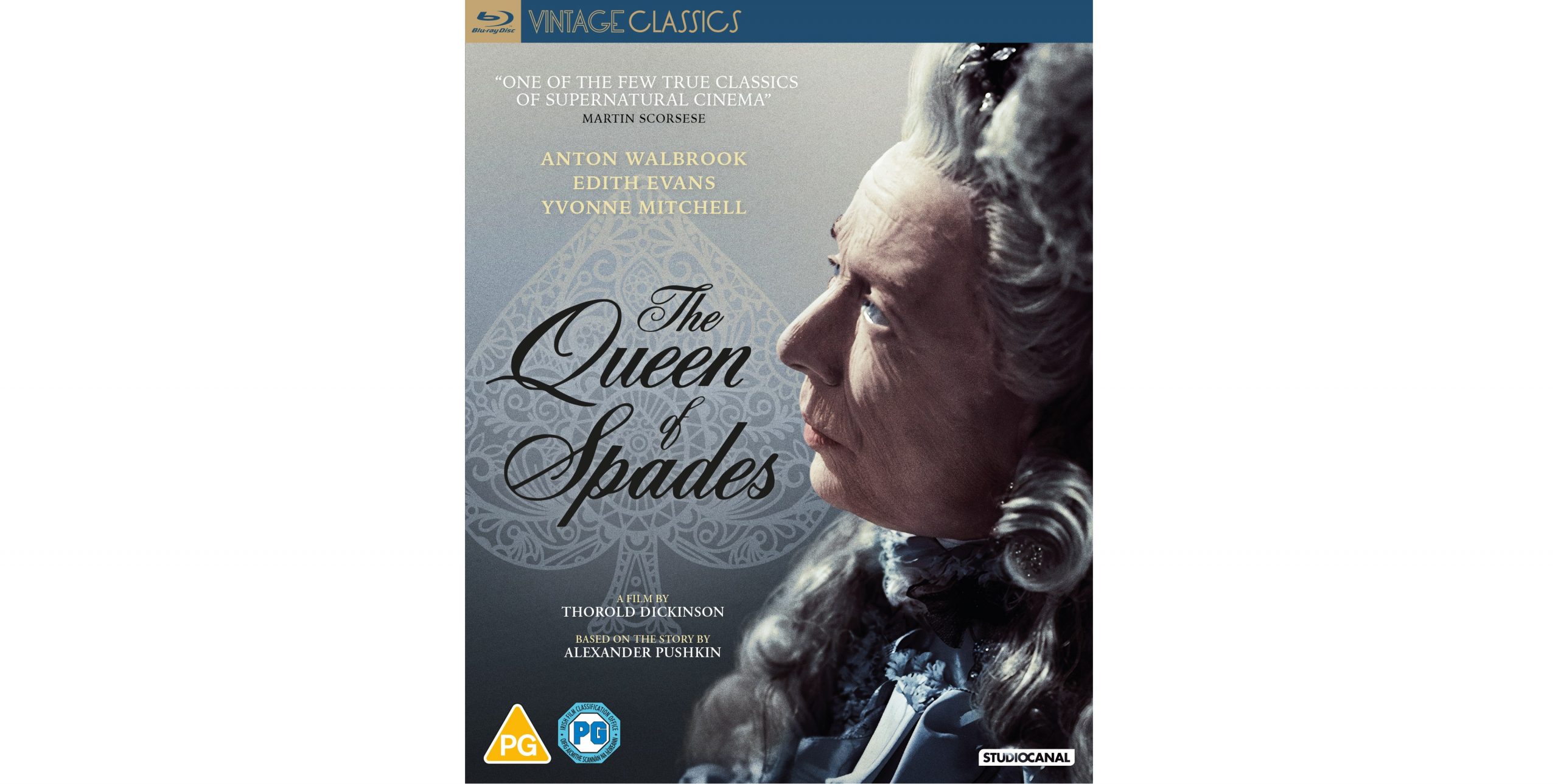 To mark the release of Queen of Spades on 23rd January, we’ve been given Blu-ray copies to give away to 2 winners.

St. Petersburg, 1806. Army officer Herman Suvorin (Anton Walbrook) has become obsessed with playing cards, particularly the game of Faro, where the Queen of Spades is considered an unlucky card.

On stumbling upon a mysterious book about the secrets of a notorious Count, Herman becomes convinced that the elderly Countess Ranevskaya (Edith Evans) possesses the secret of winning every game. Desperate to learn the secret for himself, Herman devises a plan to gain access to her house by seducing her young Ward, Lizaveta (Yvonne Mitchell). The plan goes awry when Herman accidently startles the Countess, leading to her death.

At the Countess’s funeral, Herman comes to pay his respects, but when he leans over her open coffin, her eyes open and he lets out a howl of fear. From this point, Herman finds himself drawn into a satanic world of madness and mayhem as he is haunted by the Countess and the curse of the Queen of Spades.