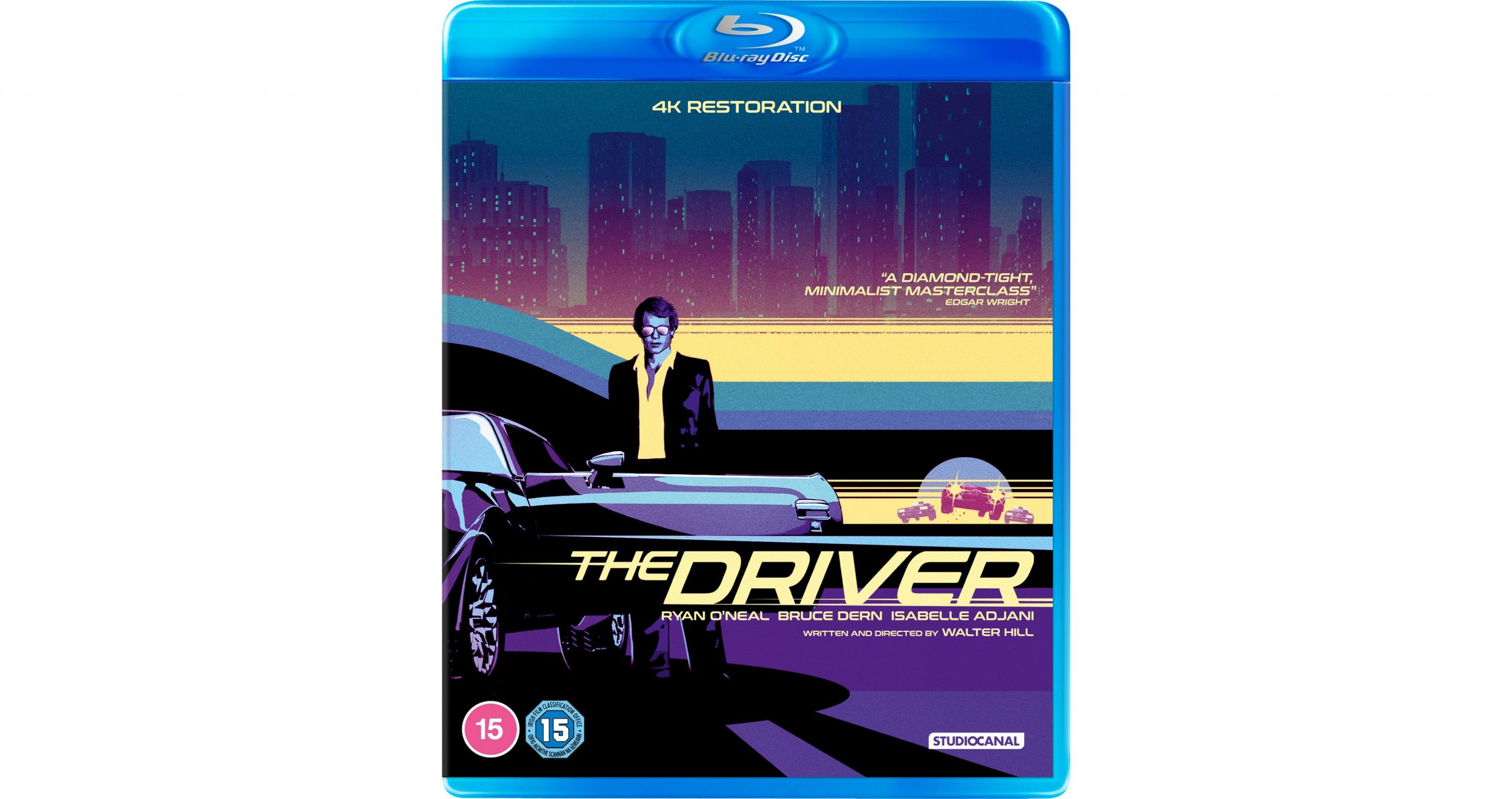 To mark the release of the 4K restoration of THE DRIVER in cinemas from 11 November and available on Steelbook, UHD (with poster), Blu-ray, DVD and Digital from 5 December, we’ve been given a Blu-ray copy to give away to 2 winners.

The film stars Ryan O’Neal (Love Story), Bruce Dern (Nebraska) and Isabelle Adjani (Possession). O’Neal plays a getaway driver whose exceptional talent has prevented him being caught, Dern plays the relentless detective who sets out to trap him and Adjani plays the mysterious gambler who goes along for the thrill of the game.

The neo-noir action thriller takes place in the dark streets of a deserted downtown LA and features a number of breath-taking car chase sequences, celebrated as some of the greatest in movie history, including The Driver hot-wiring a Ford to make good an escape from a casino heist, before being pursued by a succession of police cars; a thrilling set piece where The Driver demonstrates his abilities during the infamous destruction of a Mercedes in an underground car park; and the end chase which is an exhilarating, superbly shot sequence from the freeway to an abandoned warehouse for a tense final showdown.

Win The Lost King on DVD

Competitions - Nov 4, 2022 0
To mark the release of The Brokenwood Mysteries Series 8 on ...
© HeyUGuys Ltd
MORE STORIES