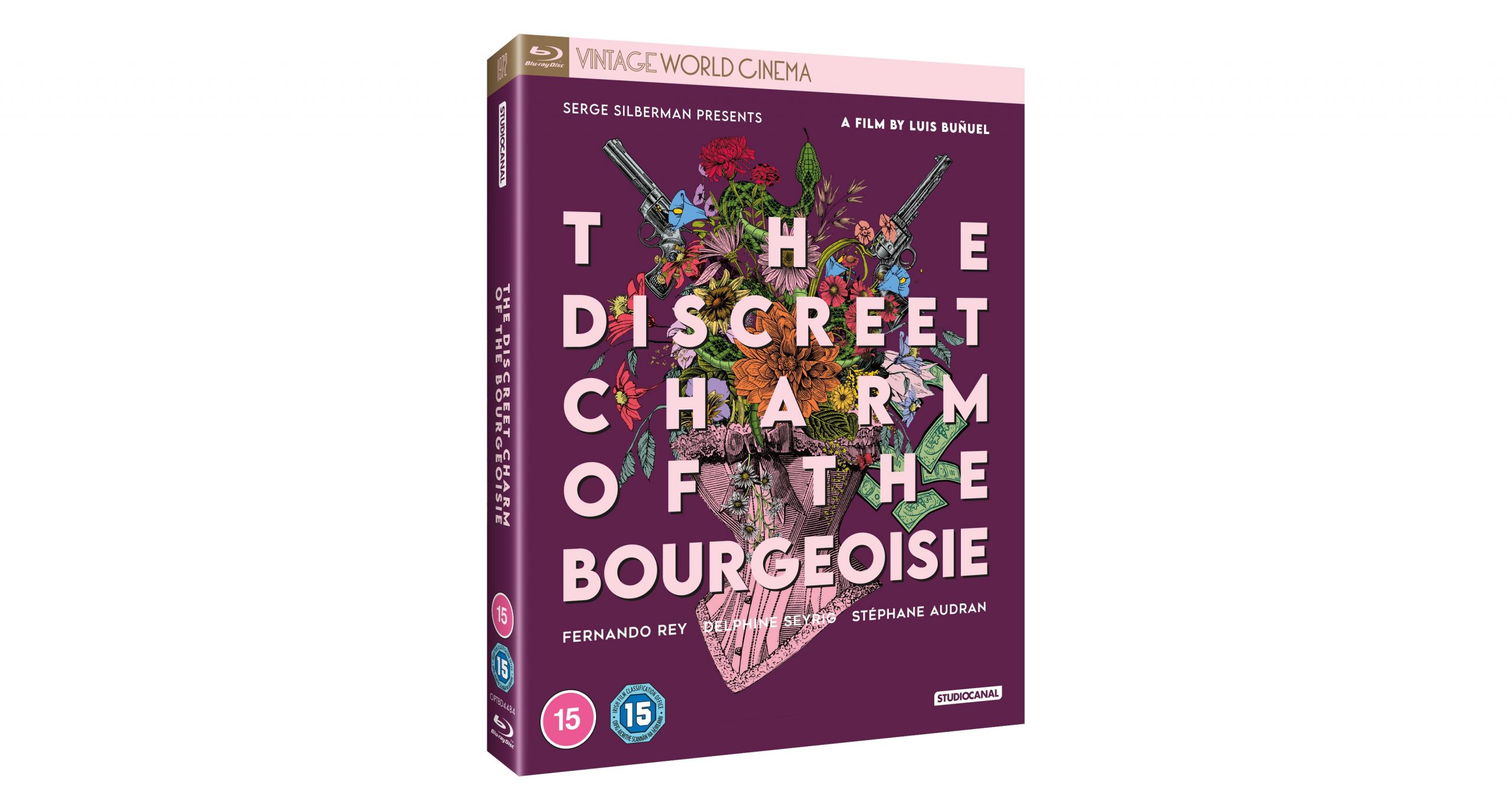 To mark the release of the restoration of The Discreet Charm of the Bourgeoisie on 20th June, we’ve been given 2 copies to give away on Blu-ray.

This virtually plotless tale of six middle-class guests and their interrupted attempts to have a meal together stars Fernando Rey (TRISTANA, THE FRENCH CONNECTION), Paul Frankeur (THE PHANTOM OF LIBERTY), Delphine Seyrig (LAST YEAR AT MARIENBAD, THE DAY OF THE JACKAL), Bulle Ogier (L’AMOUR FOU), Stéphane Audran (COUP DE TORCHON, BABETTE’S FEAST) and Jean-Pierre Cassel (MURDER ON THE ORIENT EXPRESS) and was the recipient of the Best Foreign Language Film Oscar as well as two BAFTA awards on its release in 1972.

Buñuel’s humorous satire depicts a group of friends – the Thévenots, the Sénéchals, Madame Thévenot’s younger sister Florence and Latin American ambassador Don Rafael Acosta – make repeated attempts to dine together, but are constantly frustrated by bizarre interruptions, including a series of dreams.