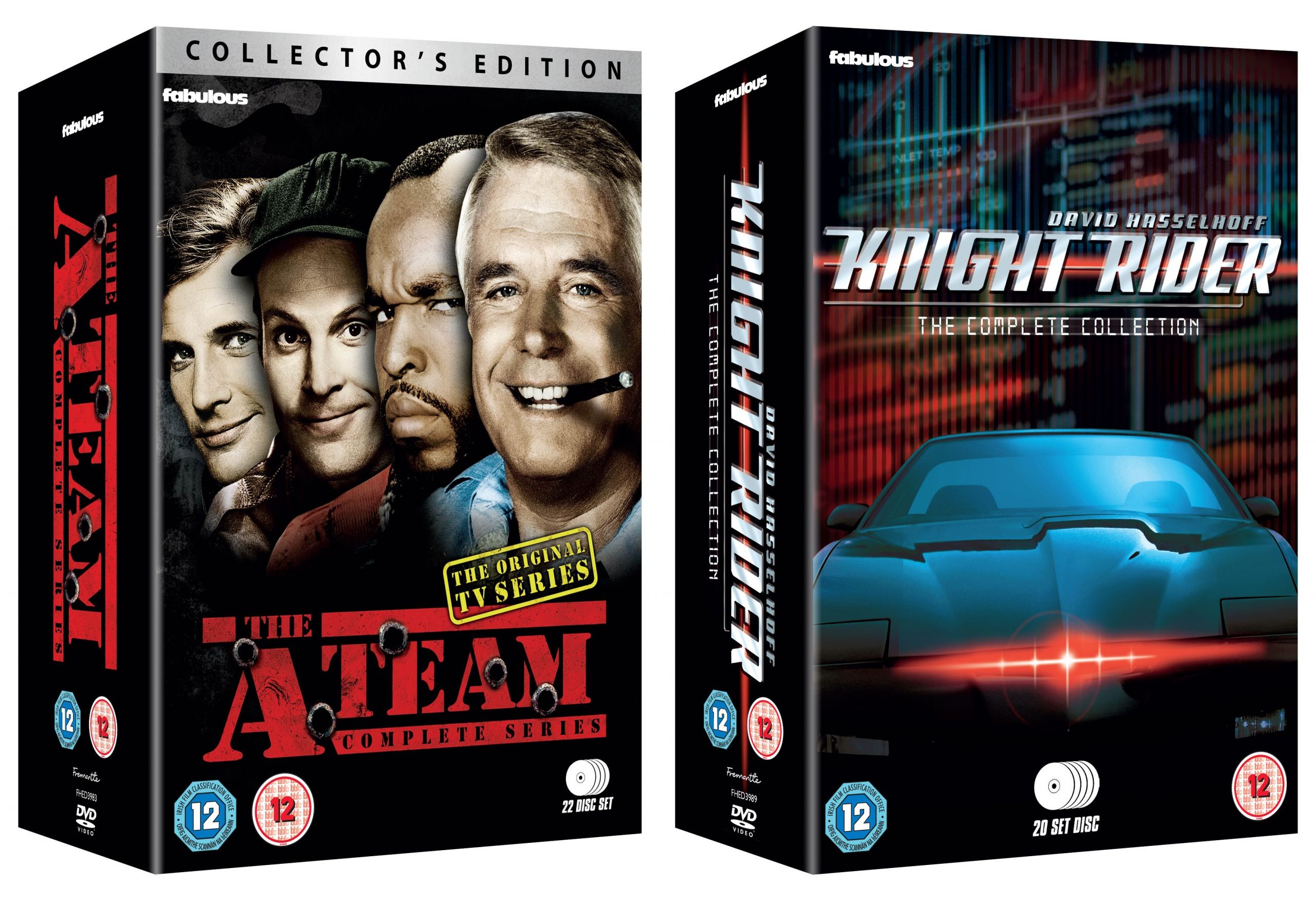 To mark the release of The A Team, out now, and Knight Rider, out on 27th April, we’ve been given a DVD bundle of both films to give away.

Michael Knight (David Hasselhoff), a detective thought to be dead, is given a new face and identity. His assignment to fight crime with the help of an artificially intelligent, talking car named K.I.T.T., a high-speed, futuristic weapon outfitted with high-tech gadgets and a personality of its own. Driven by justice, they set out to take down criminals who operate above the law.

Sent to prison by a military court for a crime they didn’t commit, these four commandos escaped from a maximum-security stockade and now survive in the Los Angeles underground as soldiers of fortune. Join B.A, Hannibal, Murdock and Face in all 97 episodes from all 5 seasons of this groundbreaking show, now fully restored and in hi-definition… in this action-packed 22-disc Blu-ray set!