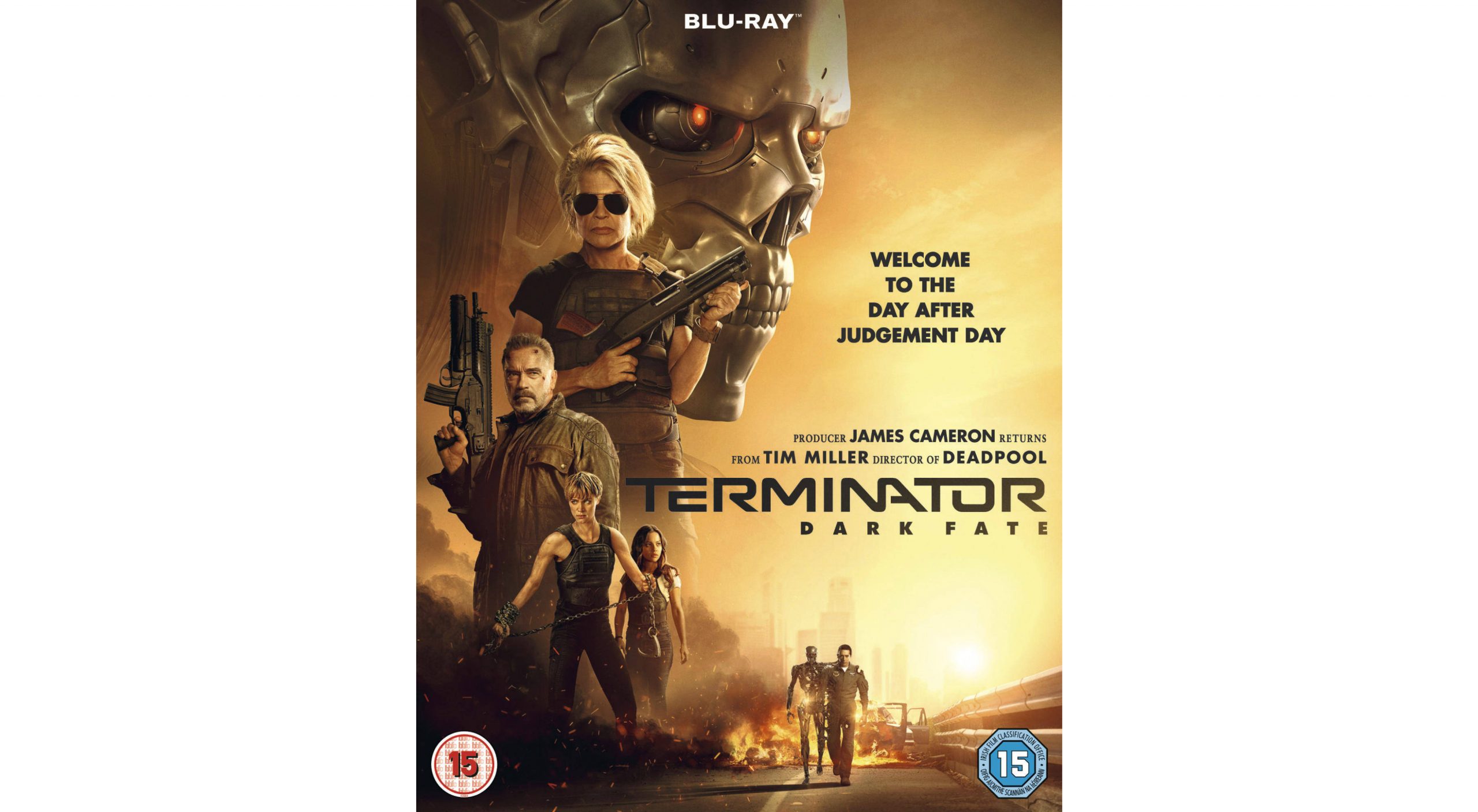 To celebrate TERMINATOR: DARK FATE releasing on 4K Ultra HD, Blu-ray™ and DVD on 2 March, we have five Blu-Ray copies of the film to giveaway for five lucky winners!

Original franchise stars Arnold Schwarzenegger and Linda Hamilton come together with Oscar®-winning filmmaker James Cameron for the first time in 28 years in the thrilling new action-adventure TERMINATOR: DARK FATE. The story picks up where Terminator 2: Judgement Day left off, recapturing the riveting tone of the original Terminator and its follow-up.

More than two decades have passed since Sarah Connor prevented Judgment Day, changed the future, and re-wrote the fate of the human race. Dani Ramos (Natalia Reyes) is living a simple life in Mexico City with her brother (Diego Boneta) and father when a highly advanced and deadly new Terminator – a Rev-9 (Gabriel Luna) – travels back through time to hunt and kill her. Dani’s survival depends on her joining forces with two warriors: Grace (Mackenzie Davis), an enhanced super-soldier from the future, and a battle-hardened Sarah Connor (Linda Hamilton). As the Rev-9 ruthlessly destroys everything and everyone in its path on the hunt for Dani, the three are led to a T-800 (Arnold Schwarzenegger) from Sarah’s past that may be their last best hope.

0
“Long ago”, the opening of monologue in Disney Pixar’s lates...

Exclusive Extended Interview: Daniel Stern on James vs His Future Self, His Iconic Roles and Life on the Ranch

Exclusive: Jeremy LaLonde & Jonas Chernick on James vs His Future Self