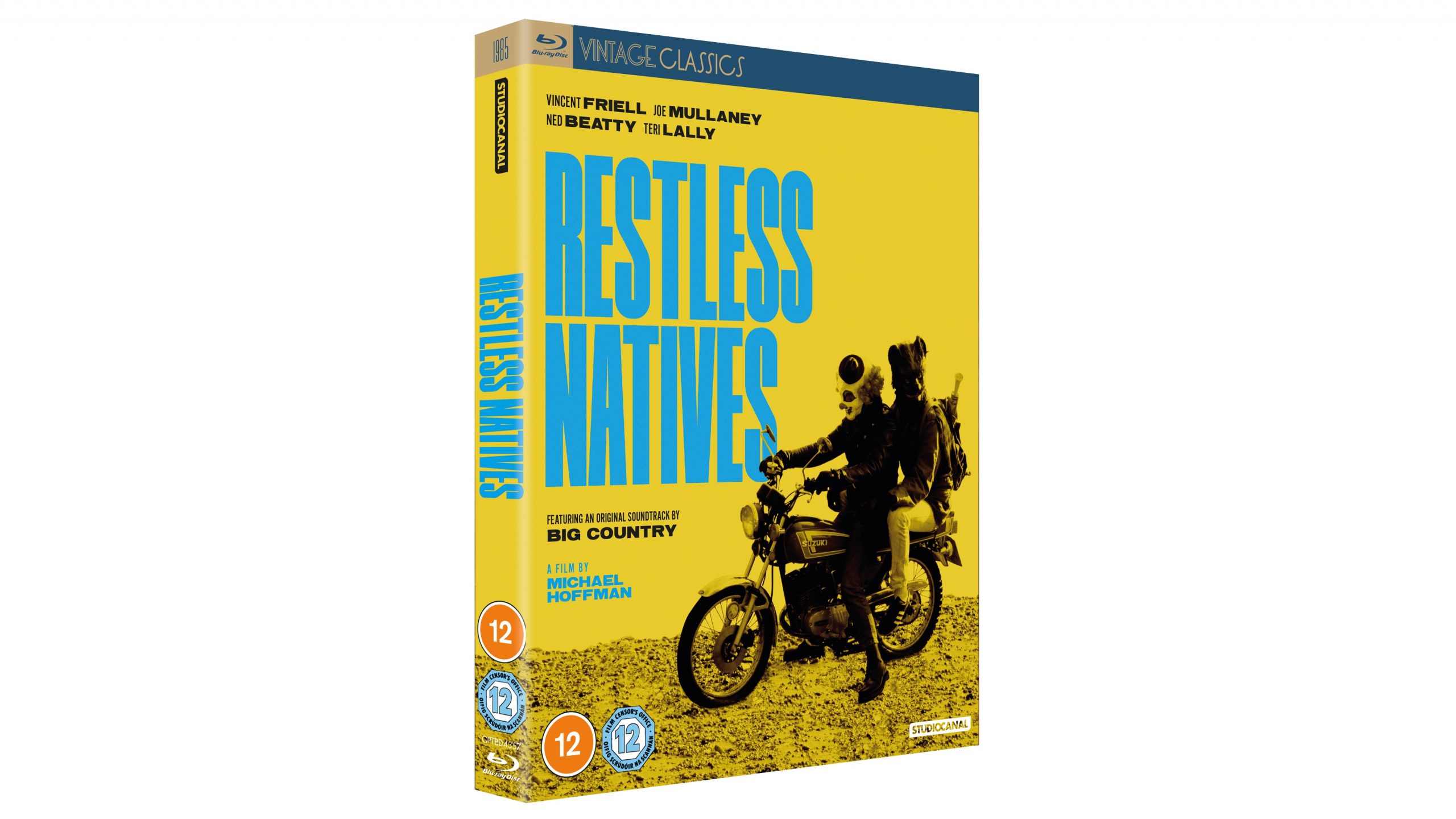 To mark the release of Restless Natives, out now, we’ve been given 2 copies to give away on Blu-ray.

Fans of Gregory’s Girl and Local Hero would do well to add RESTLESS NATIVES to their collection. First released in 1985 this spirited, establishment-mocking caper movie remains a much-loved and thoroughly enjoyable comedy gem featuring a soundtrack by Big Country. It’s the story of two under-employed Scots who achieve wealth and notoriety as modern-day highwayman holding up coachloads of tourists wearing a wolf and a clown mask and armed only with a puffer gun! Their exploits make them a bigger tourist attraction than the Loch Ness Monster, much to the annoyance of the inept local police.

Starring Vincent Friell, Joe Mullaney, Ned Beatty, Bernard Hill, Mel Smith and directed by Michael Hoffman from a script by Ninian Dunnett, the new Blu-ray and DVD release comes with additional features including a new documentary with cast and crew and Bruce Watson from Big Country

Win The Frightened City on Blu-ray