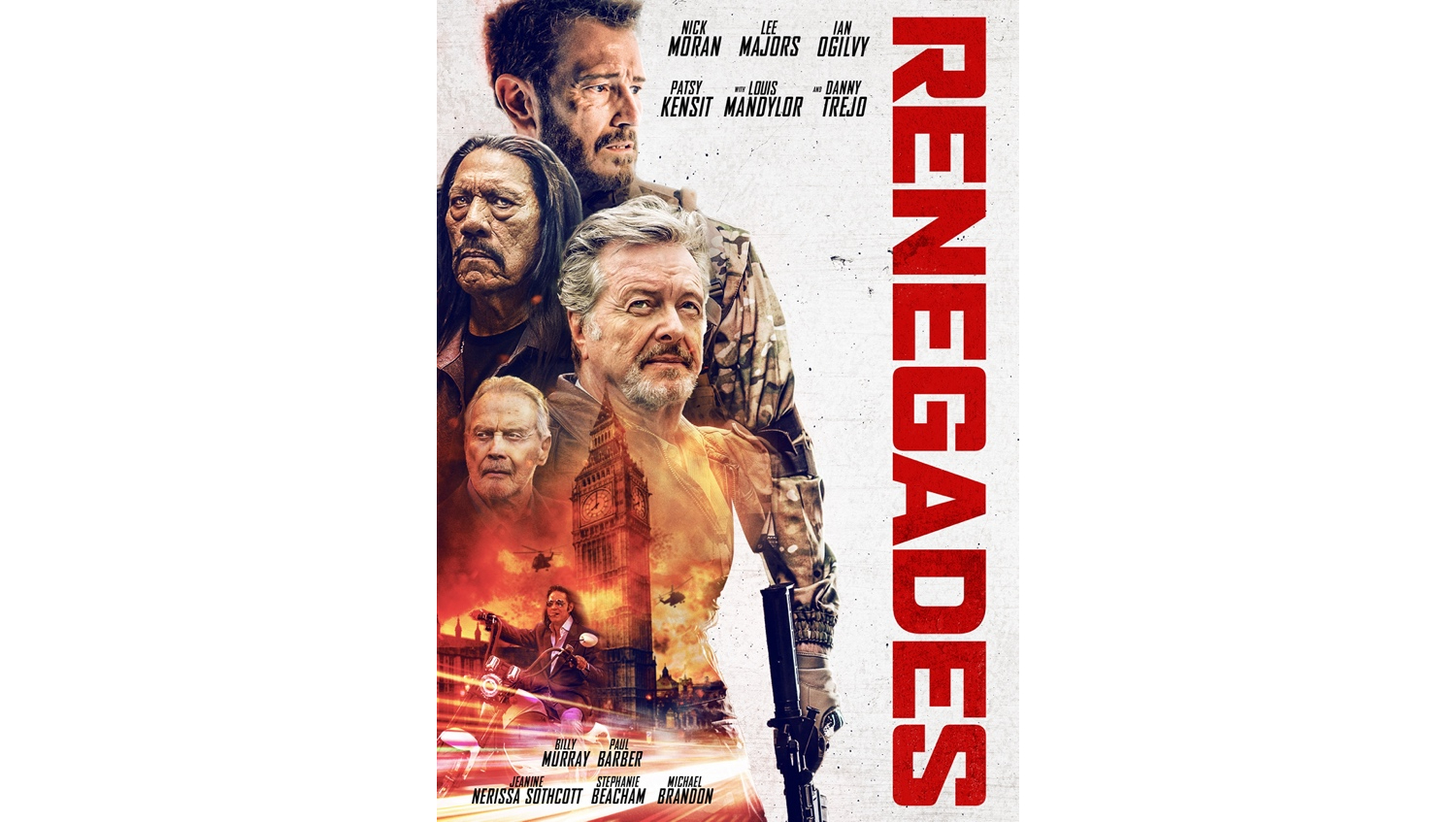 To mark the release of Renegades on 13th February, we’ve been given 2 copies to give away on DVD.

Lee Majors plays Carver, a courageous former green beret and true gentleman, who stands by soldiers old and new and helps them in their hour of need. When struggling veteran Nick Moran (Lock Stock) comes to him for support, he does his best to help.  Introducing him to his loyal old special forces comrades Peck (Ian Ogilvy), Woody (Billy Murray) and Harris (Paul Barber), they welcome the new­-recruit with open arms, living by their ethos of ‘You don’t leave a man behind even when the war is over and done with…’.

When Carver is shockingly murdered, the ex-army Renegades band together to protect his daughter Judy (Patsy Kensit) and exact revenge on those responsible… a vicious international drug gang, led by the fearsome Goram (Louis Mandylor). They’re ready to dispense their own brand of old-school justice on the mean streets of London.

Aided by the enigmatic Sanchez (Danny Trejo), the veterans must stay one step ahead of determined Scotland Yard Detective Moore (Sothcott) and stop Goram’s gang from taking their deadly hold on the city.

Win an Adventure Kit with Plane