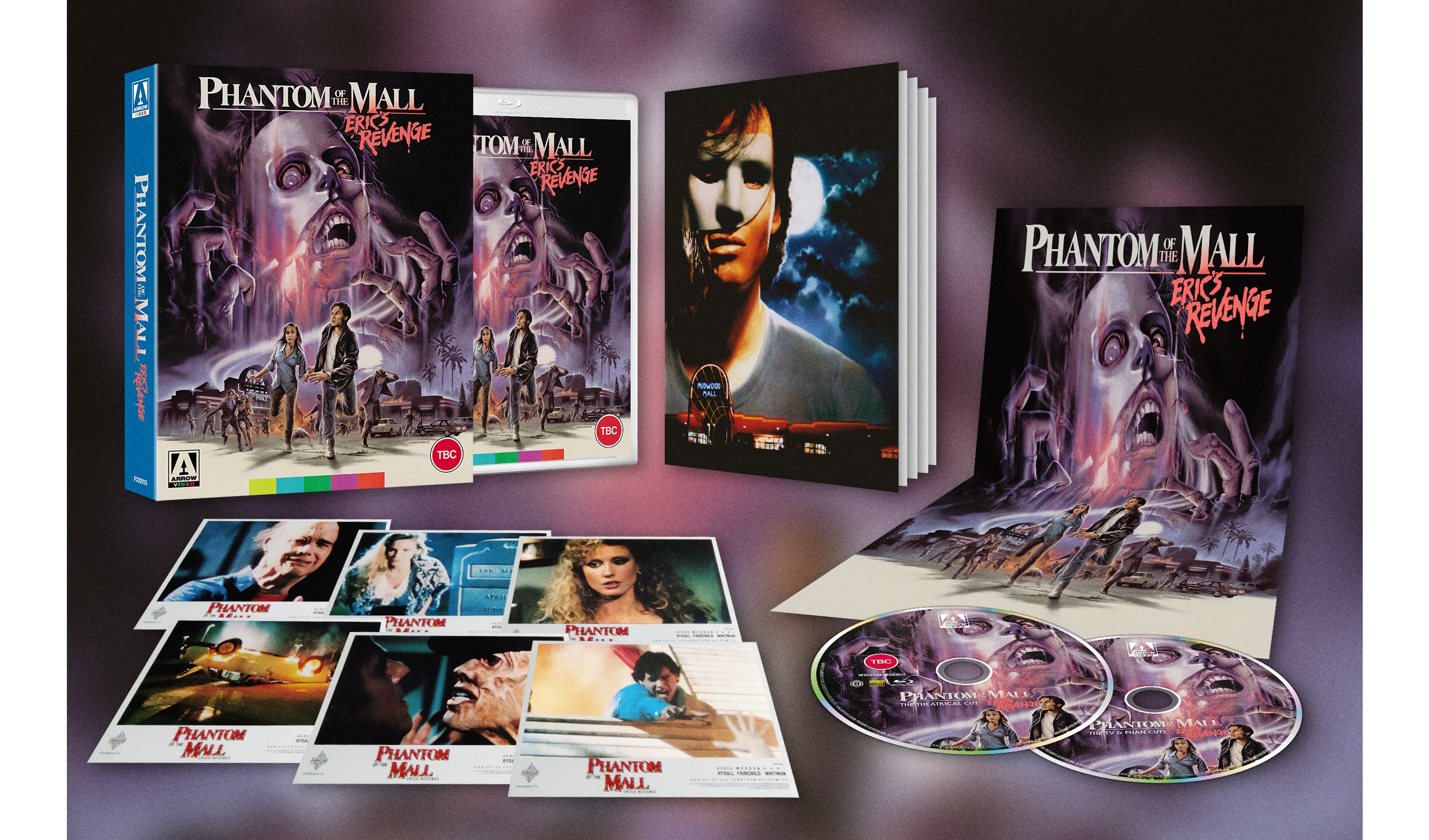 To mark the release of the Limited Edition Blu-ray of Phantom of the Mall: Eric’s Revenge on 22nd November, we’ve been given 1 copy to give away.

High school sweethearts Eric Matthews and Melody Austin are so in love, but their youthful romance is cut tragically short when Eric apparently dies in a fire that engulfs his family home. One year later and Melody is trying to move on with her life, taking up a job at the newly built Midwood Mall along with her friends. But the mall, which stands on the very site of Eric’s former home, has an uninvited guest – a shadowy, scarred figure which haunts its airducts and subterranean passageways, hellbent on exacting vengeance on the mall’s crooked developers. Directed by Richard Friedman.