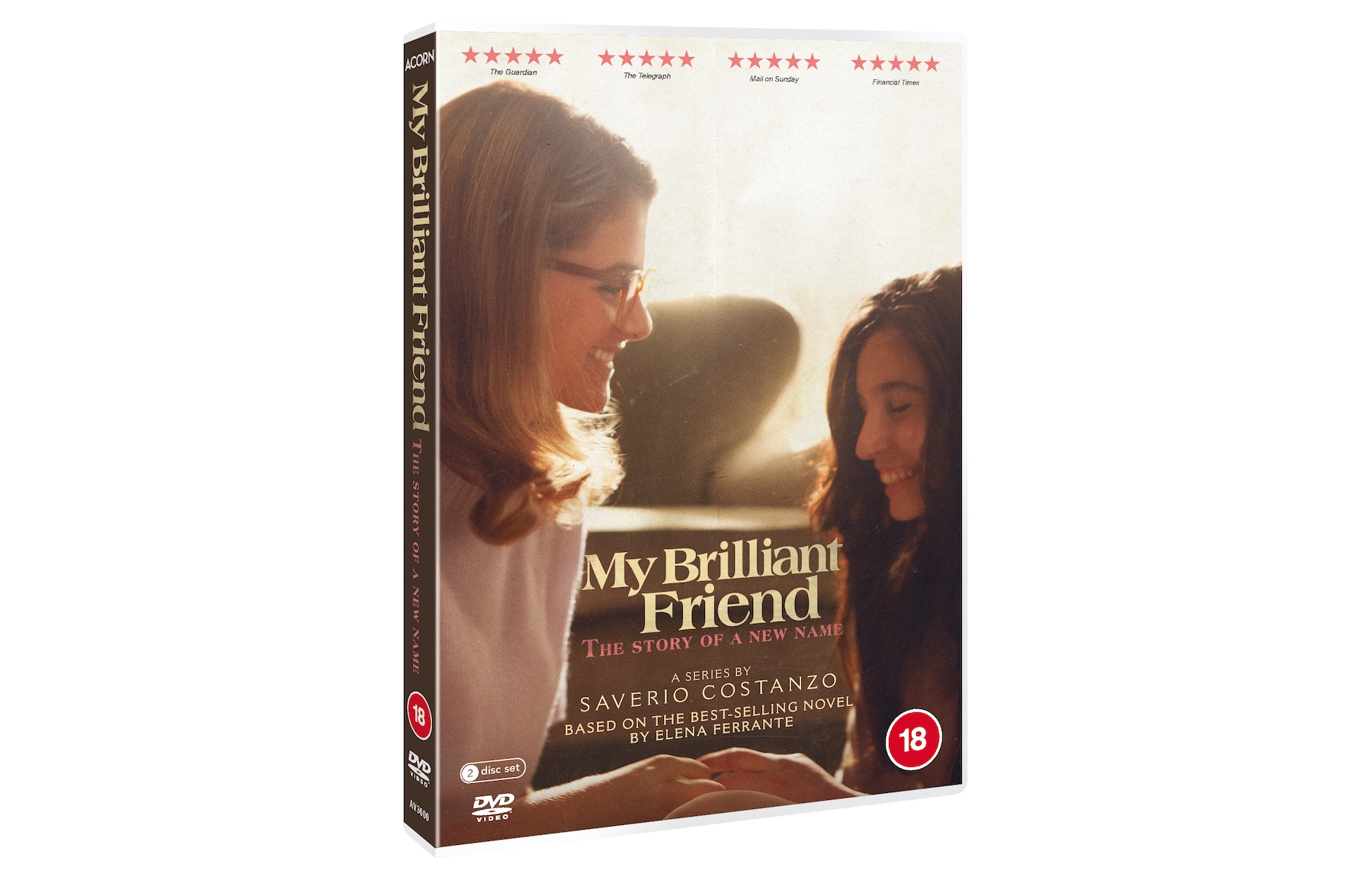 To mark the release of My Brilliant Friend on 3rd August, we’ve been given 2 copies to give away on DVD.

Elena Greco is an elderly writer whose best friend Lila has disappeared without a trace, so Elena begins to write the story of their lives growing up together in a mob-ruled, poverty-stricken neighbourhood in 1950s Naples. As children, Elena (Elisa Del Genio) and Lila’s (Ludovica Nasti) friendship is put to the test as financial disparities provide them with very different opportunities in life. Lila’s writing genius is stifled after her parents can no longer afford further education and put her to work, while Elena flourishes in school, no longer in the shadow of her friend’s brilliance.

The second series follows Elena (Margherita Mazzucco) and Lila (Gaia Girace) as adolescents into the Swinging Sixties, where this fierce, complex friendship must endure romantic rivalry and shocking violence, as the notorious Solara gangster family becomes harder to avoid entanglements with. Both growing into beautiful young women, they draw the attentions of a powerful gang-leader’s son, a grocer, a mechanic, a schoolboy and his father, all while navigating the trials and tribulations of marriage and university, abuse and motherhood, and critical acclaim for a novel that sparks jealousy between these women whose lives are so closely intertwined.