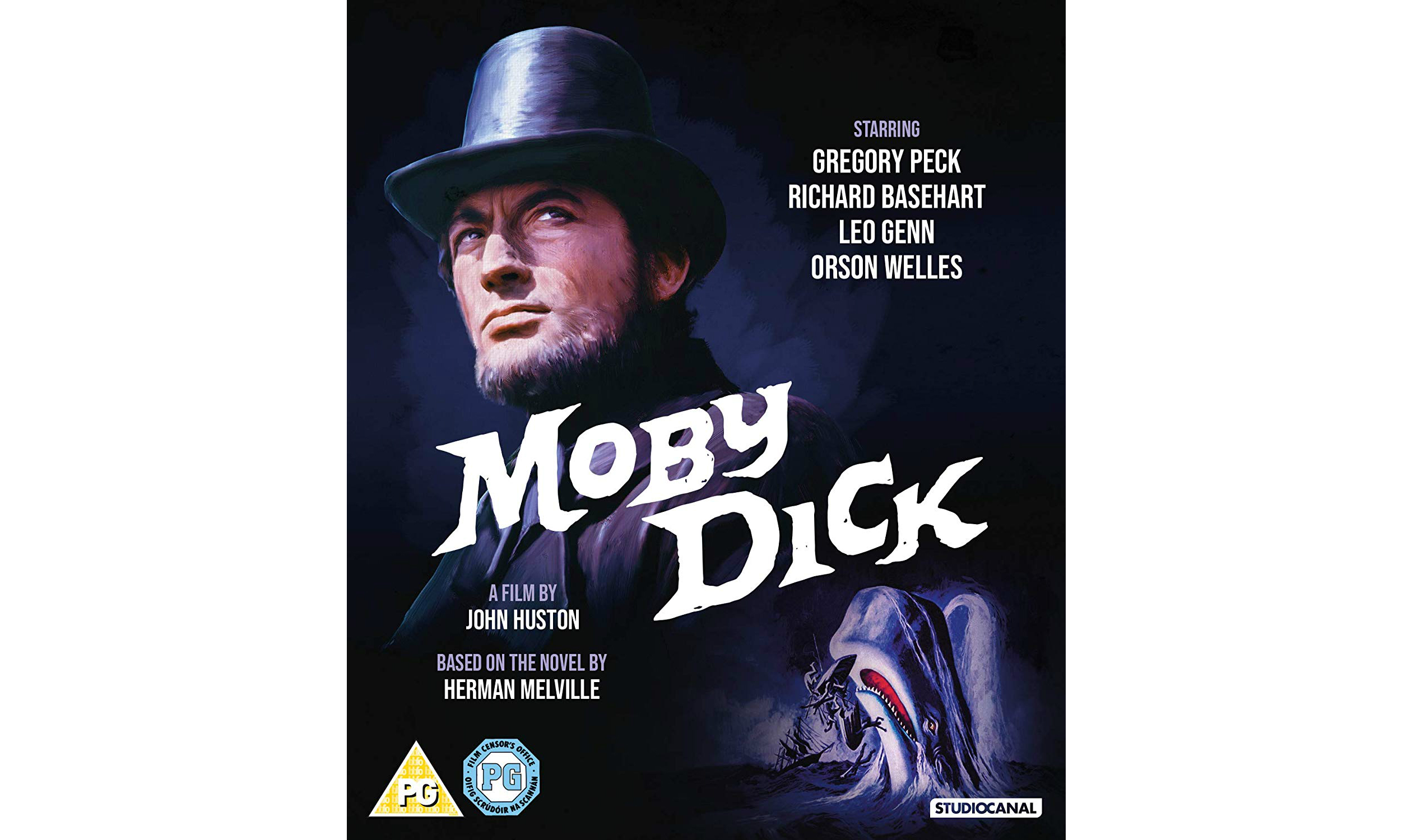 To mark the release of Moby Dick on 11th November, we’ve been given 2 copies to give away on Blu-ray.

Based on Herman Melville’s Great American Novel, and adapted for the screen by Sci-fi writer Ray Bradbury and John Huston, Peck stars as Captain Ahab, a man who pits himself against the awesome power of the sea in his obsessive quest to destroy the Great White Whale known as ‘Moby Dick’.

In 1841 a young Ishmael (Richard Basehart) signs up for service aboard the Pequod, a whaling ship under the command of Captain Ahab (Gregory Peck). On a previous voyage Ahab lost his leg during an attack by ‘Moby Dick’ and is desperate for revenge. The Pequod sets out on its treacherous sea voyage to hunt down the elusive beast with Ishmael onboard alongside Starbuck (Leo Genn), James Robertson Justice (Captain Boomer) and Father Mapple (Orson Welles). Ahab is so crazed by his desire to kill the whale, that he is prepared to sacrifice everything, including his life, the lives of his crew members, and even his ship to find and destroy his nemesis.

This ambitious tale, told with breathtaking imagery, tells the allegorical epic adventure yarn with all its turbulent undercurrents of the myth of the Superman acting in hell-bent defiance of his God.  As Huston himself said, “Moby Dick is the story of Noah in reverse”.