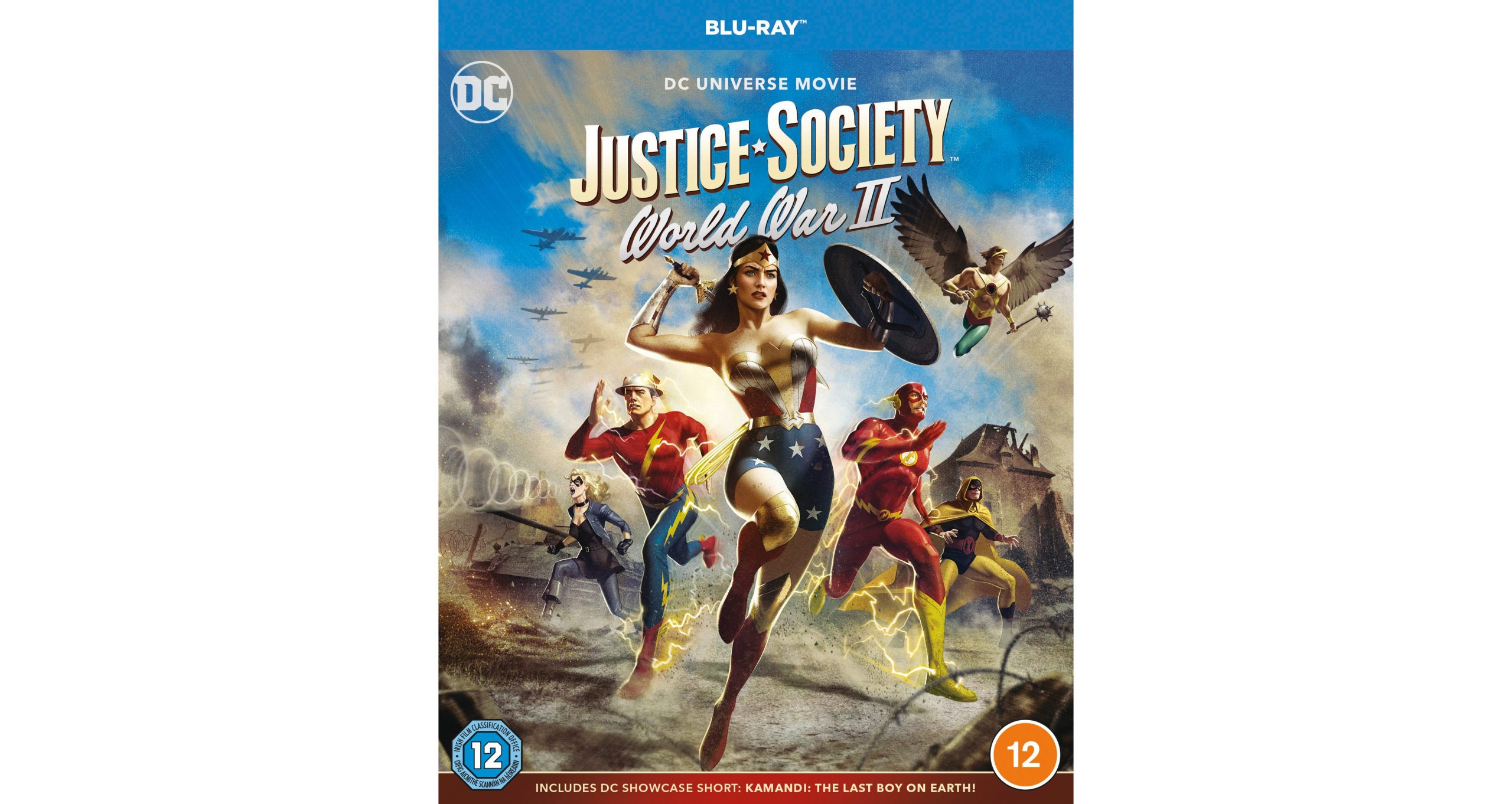 This origin tale takes The Flash back to World War II, where he finds himself in a battle between Nazis and a team of Golden Age DC Superheroes known as The Justice Society of America. Justice Society: World War II is the latest addition to the popular series of the DC Universe Movies, and you could win a copy on Blu-Ray™.

Prior to the formation of the Justice League, a modern-day Barry Allen discovers he can run even faster than he imagined, and that milestone results in his first encounter with the Speed Force. The Flash is promptly launched into the midst of a raging battle between Nazis and The Justice Society of America. Led by Wonder Woman, the group includes Hourman, Black Canary, Hawkman, Steve Trevor and the Golden Age Flash, Jay Garrick. The Flash quickly volunteers to assist his fellow heroes in tipping the scales of war in their favor, while the team tries to figure out how to send him home. But it won’t be easy as complications and emotions run deep in this time-skipping World War II thriller.

This action-packed story is directed by Jeff Wamester and stars the voices of Stana Katic (Castle, Absentia, A Call To Spy) and Matt Bomer (Doom Patrol, White Collar, The Boys in the Band), who made their DC Universe Movies debuts as Lois Lane and Superman in the 2013 film Superman: Unbound. They return to the popular animated film series in the lead roles of Wonder Woman and The Flash for Justice Society: World War II.