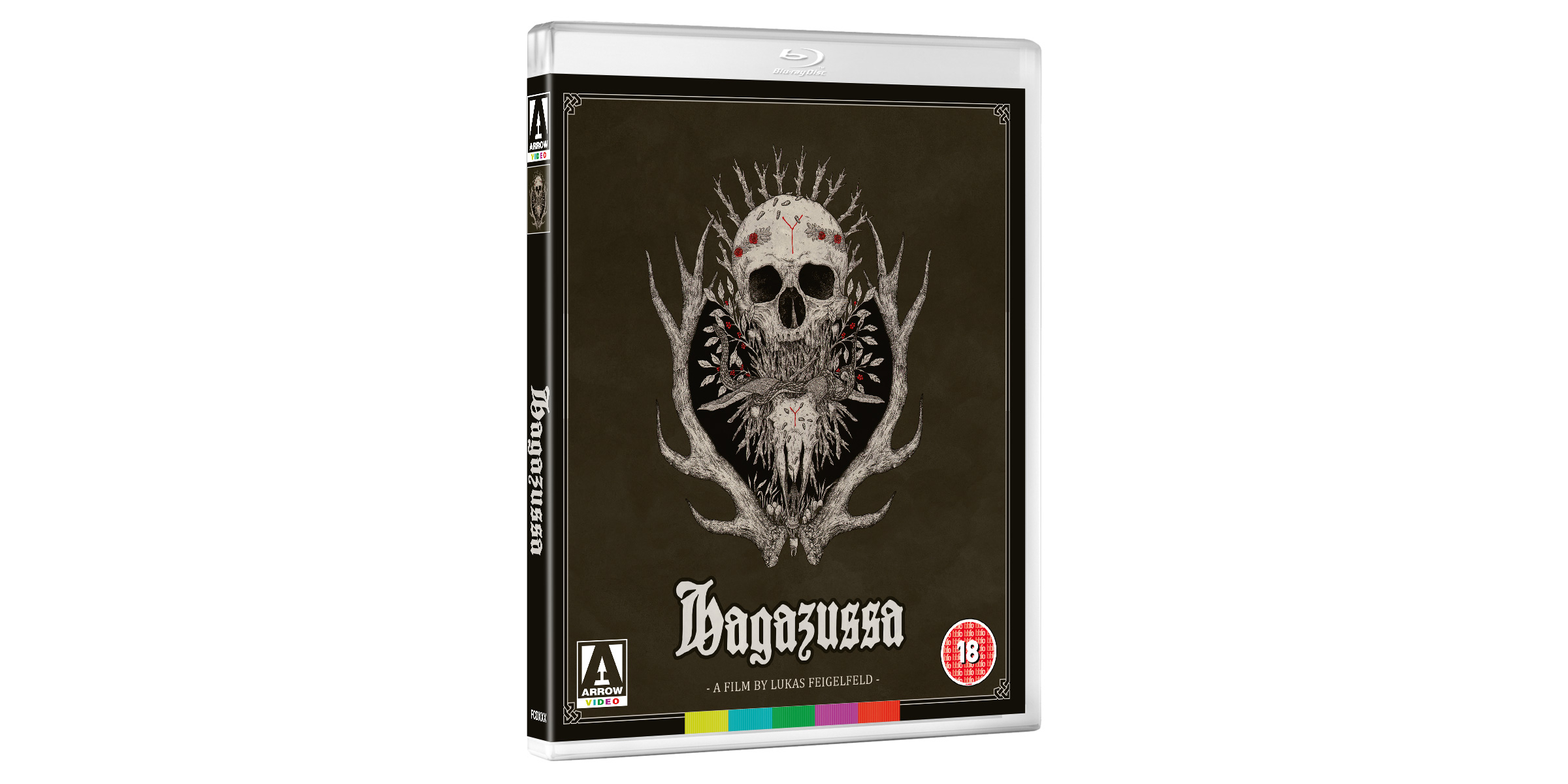 To celebrate the release of HAGAZUSSA: A HEATHEN’S CURSE – available on limited edition Blu-ray 11th May from Arrow Video – we have a Blu-ray and the official 12″ LP soundtrack up for grabs!

Debut filmmaker Lukas Feigelfeld has crafted one of the most celebrated horror debuts in recent years, playing prestigious festivals worldwide it is one of the most original takes on the subject of witchcraft which echoes Robert Eggers The Witch but draws on broader influences including the creeping dread and hallucinogenic imagery of David Lynch and Panos Cosmatos.

In an isolated Alpine hut at the turn of the 15th Century, Albrun is a young girl growing up alone. As an adult, she is a single mother and a marked woman, outcast by a society twisted in deep-rooted superstitions and misogyny. Still haunted by the death of her own mother and increasingly abused by the community around her, Albrun starts to defy the role she has been dealt in life and embarks on a path of self-empowerment – the price of which may be an even greater darkness than she has ever known before.

Described as “a spellbinding audiovisual symphony” (The Hollywood Reporter) and ranked 3rd in Rotten Tomatoes “Best Horror Movies of 2019”, Hagazussa: A Heathen’s Curse is a journey into the madness prevalent both in our minds and in the world around us, and whether the difference between the two is always as clear as we hope for it to be.