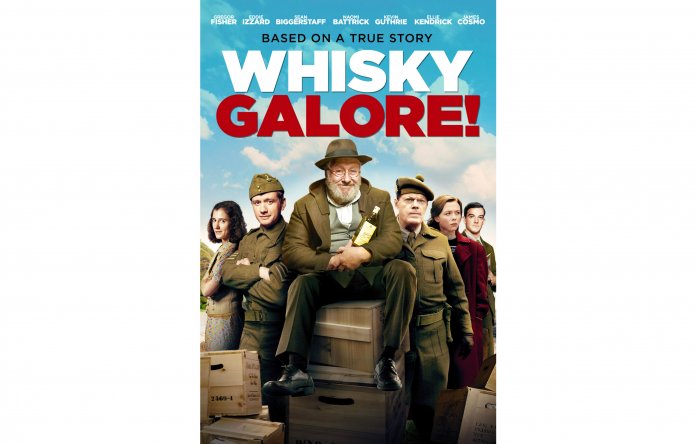 Whisky Galore is out now on Digital and VoD and on Blu-ray & DVD 6th November and to celebrate we’re giving away 5 free digital download codes.

The inhabitants of the isolated Scottish island of Todday in the Outer Hebrides are largely unaffected by wartime rationing, until the supply of whisky runs out. Then gloom descends on the disconsolate natives.

In the midst of this catastrophe, Sergeant Odd returns on leave to court Peggy, daughter of Post Office Master and Island Patriarch Joseph Macroon. Meanwhile, Macroon’s other daughter, Catriona, has just become engaged to meek schoolteacher George Campbell, though his stern, domineering mother refuses to give her approval.

Things take an unexpected turn for the better when the freighter S.S. Cabinet Minister runs aground in heavy fog late one night, and begins to sink. The Biffer and Sammy row out to investigate and are ecstatic to learn from the departing crew that the cargo consists of 50,000 cases of whisky, bound for export to America.