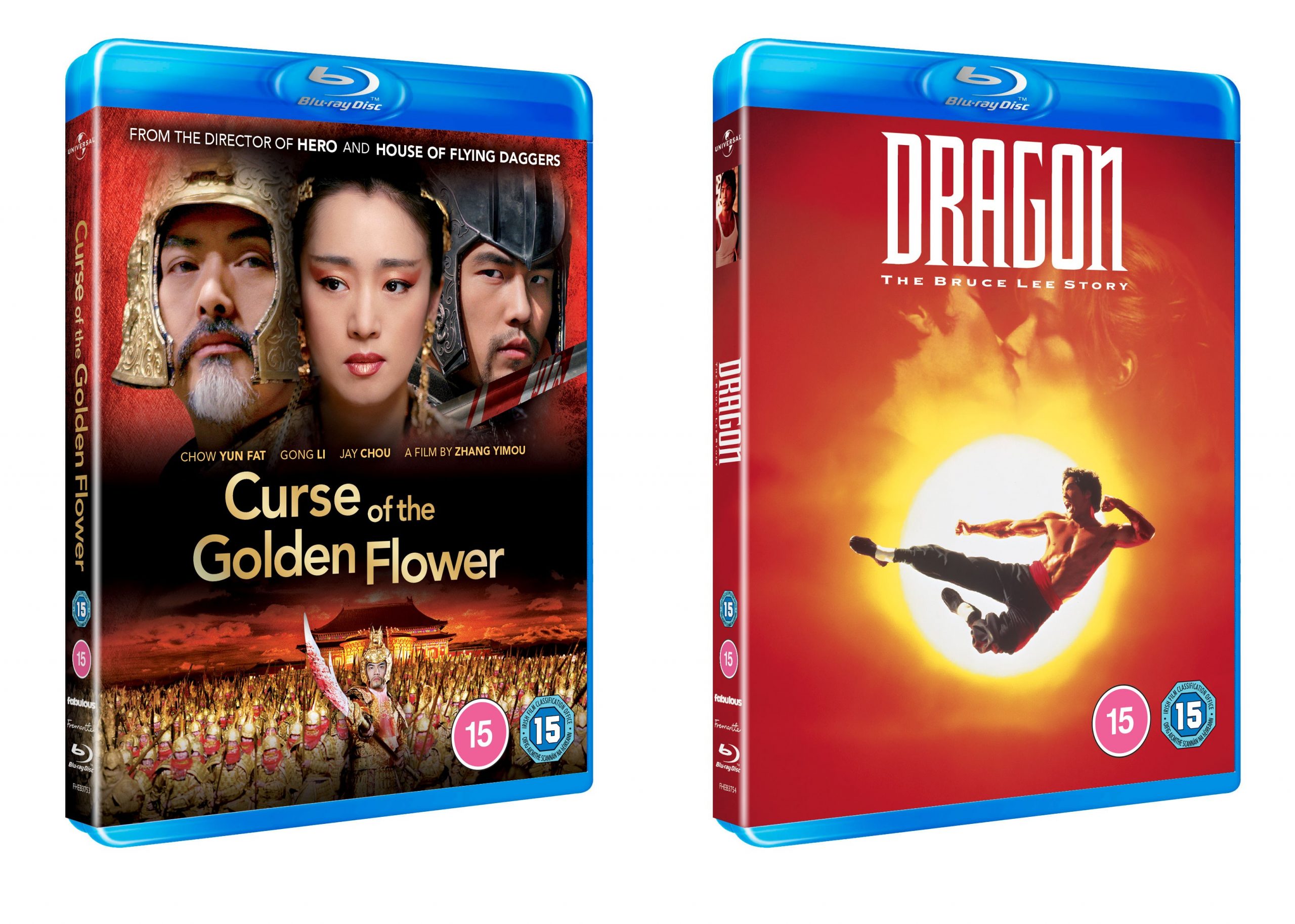 To mark the release of Curse of the Golden Flower and Dragon, both out on 14th December, we’ve been given 2 bundles of both movies to give away on Blu-ray.

Curse of the Golden Flower

On the eve of the Chong Yong Festival, golden flowers fill the Imperial Palace and when the Emperor (Chow Yun Fat) unexpectedly returns to his Empress (Gong Li) and two sons, the tension is clear in his lavish kingdom. His absence has given rise to illicit love affairs, dangerous alliances, and malicious conspiracies; all of which threaten to overthrow his power. However, it may well be the Emperor’s own dark secret that threatens him most of all. As the secrets of the Imperial family unravel against this backdrop of breathtaking opulence &amp; grandeur, an attack on the Palace by myriad armoured warriors results in a spectacular climax wrought with thrilling action and epic tragedy.

From a childhood of rigorous martial arts training, Bruce Lee (Jason Scott Lee – no relation) realises his dream of opening his own kung-fu school in America. Before long, he is discovered by a Hollywood producer (Robert Wagner) and begins a meteoric rise to fame and an all too short reign as one of the most charismatic action heroes in motion picture history.