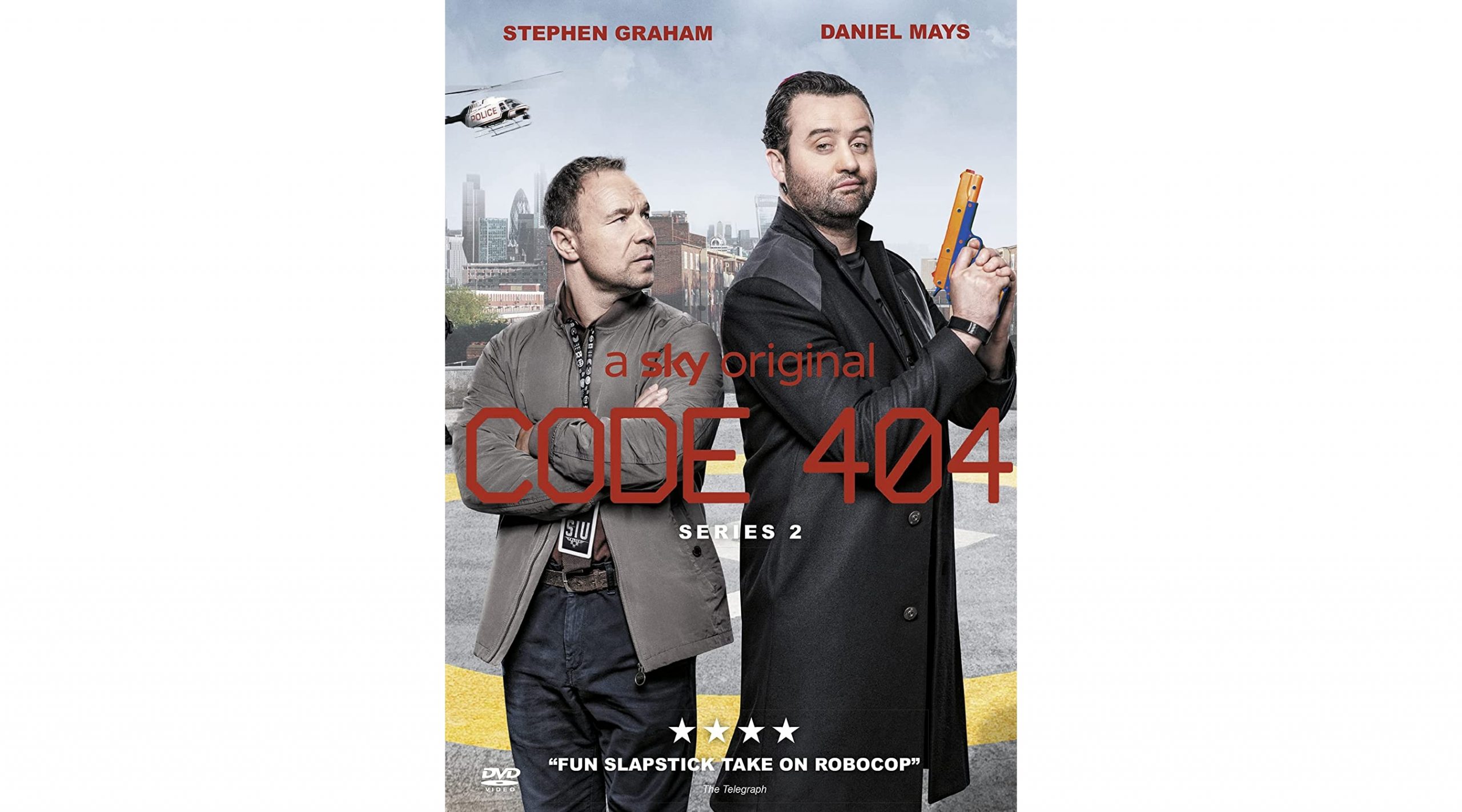 To mark the release of Code 404 Series 2 on 11th October, we’ve been given 2 copies to give away on DVD.

Picking up where series one left off, series two brings Detective Inspectors Roy Carver (Stephen Graham – Line of Duty, The Irishman) and DI John Major (Daniel Mays – Temple, Good Omens) back together for more comedy capers, criminal-catching, and a 20-year-old cold-case which throws the pair straight into action. The AI-driven Major struggles with the pressures of an impending divorce from his wife (Anna Maxwell-Martin – Motherland, Line of Duty), the return of his long-lost father, and strange glitches. Much to DI Carver’s concern, Major’s problems seem more serious than something a quick reboot can solve, and are likely signs of his AI failing. It looks like the dynamic duo are in for even more trouble than before…

In the first series we meet DI Carver and DI Major, the top crime fighting duo in the Met’s Special Investigation Unit. When an undercover sting goes horribly wrong, Major is gunned down on the job and killed. How will the SIU function without him? Well, it doesn’t have to.

As an ‘asset’ considered too valuable to lose, his body is fast-tracked into an experimental Artificial Intelligence project to bring him back from the dead. The only problem is, Major 2.0 may look like and sound like the original, but something has been lost in translation – his crimefighting instincts have completely deserted him. Somehow, Major’s error-strewn hunches and Carver’s scrambling to make good allow them to just about scrape by. Not to mention in the year since his death, Major’s wife has moved on, and her new boyfriend causes Major some major problems…