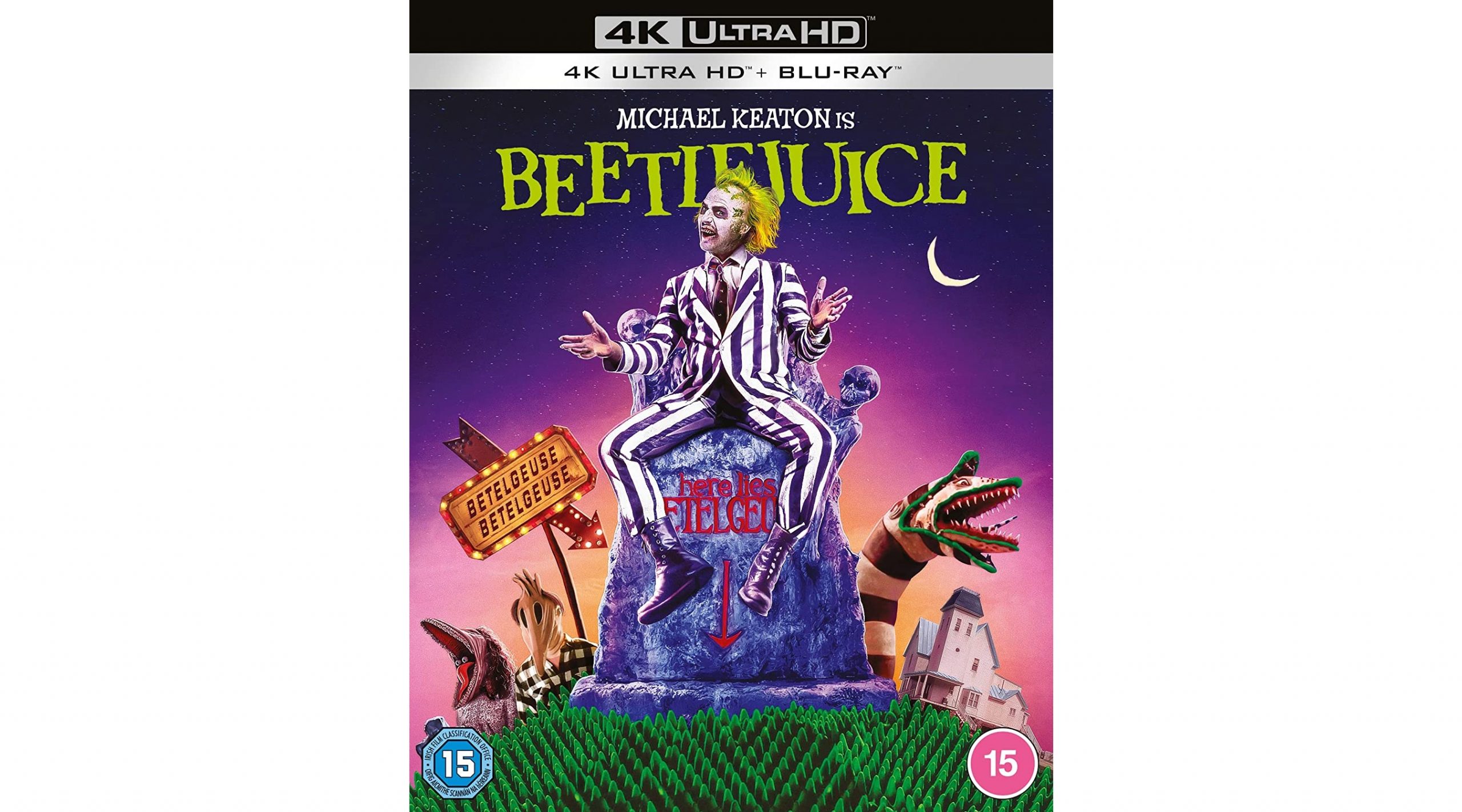 To mark the 4K Ultra HD Blu-ray release of Beetlejuice on 31st August, we’ve been given a 4K copy to give away.

What’s a couple of stay-at-home ghosts to do when their beloved home is taken over by trendy yuppies? They call on Beetlejuice, the afterlife’s freelance bio-exorcist to scare off the family – and everyone gets more than she, he or it bargains for! Tim Burton guides this PG-rated comedy monsterpiece whose stars include Alec Baldwin, Geena Davis, and Winona Ryder.  And Michael Keaton is Beetlejuice, the ghost with the most who flings one-liners, spins into grotesque forms, gobbles insects, and who just can’t leave the ladies (living or dead) alone.  Ghoul love it!

Beetlejuice was brought to life from the imaginative mind of Tim Burton who went on to produce and direct some of the most visually stunning films of our time such as Batman, Edward Scissorhands, The Legend of Sleepy Hollow, Big Fish and Sweeney Todd: The Demon Barber of Fleet Street. Beetlejuice also received an Academy Award® for Best Makeup with renowned makeup artist and three-time Oscar-winner Ve Neill, and went on to be ranked on AFI’s Top 100 list of Funniest American Movies.