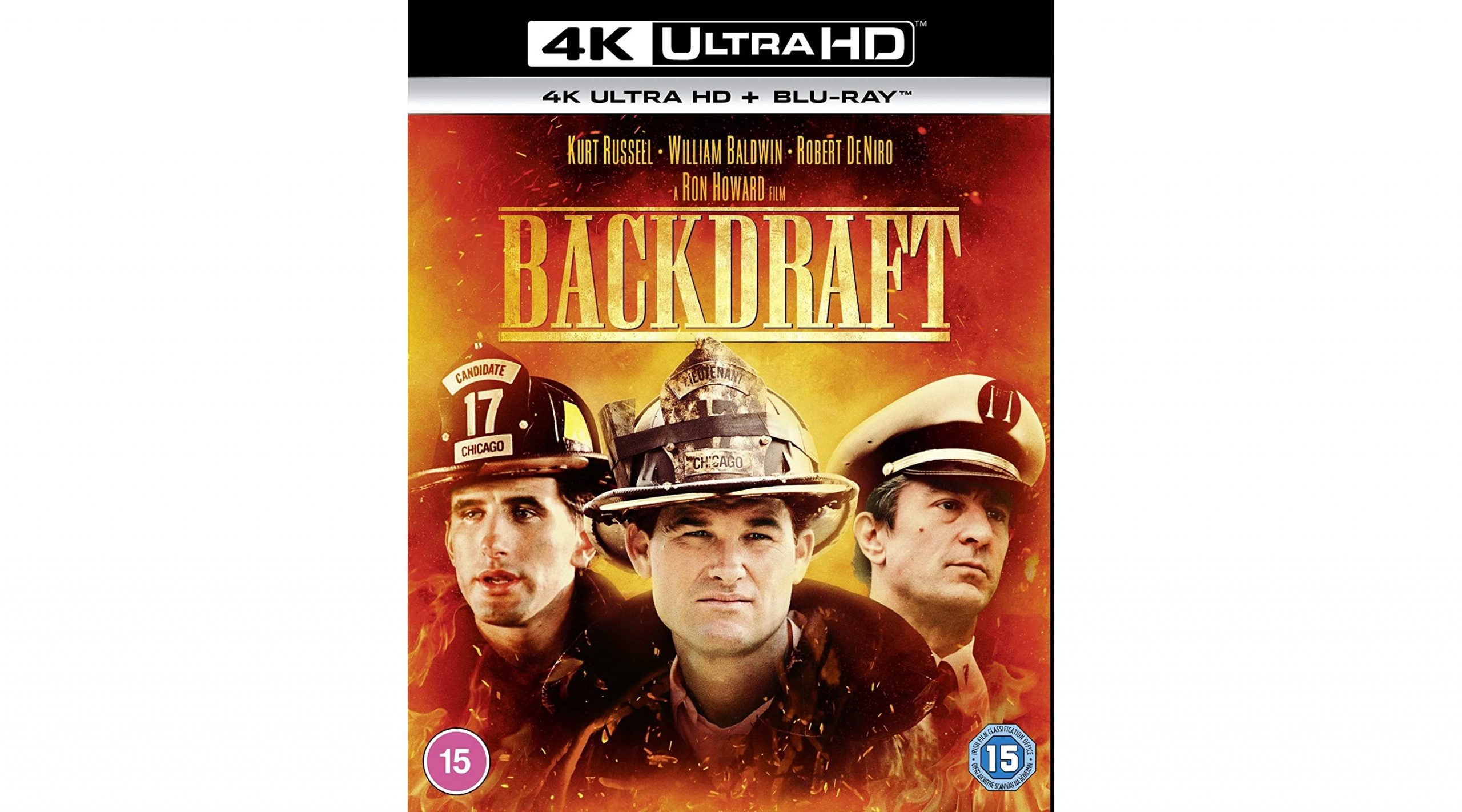 To mark the release of Backdraft on 31st May, we’ve been given 3 copies to give away on 4K Ultra HD.

Kurt Russell (The Hateful Eight) and William Baldwin (Sliver) star as two feuding siblings carrying on a heroic family tradition as Chicago firefighters. When a puzzling series of arson attacks is reported, they are forced to set aside their differences to solve the mystery surrounding these explosive crimes. The film also stars Scott Glenn (The Silence of the Lambs), Jennifer Jason Leigh (The Hateful Eight), Rebecca De Mornay (Risky Business), Donald Sutherland (The Hunger Games franchise) and Robert De Niro (Taxi Driver).