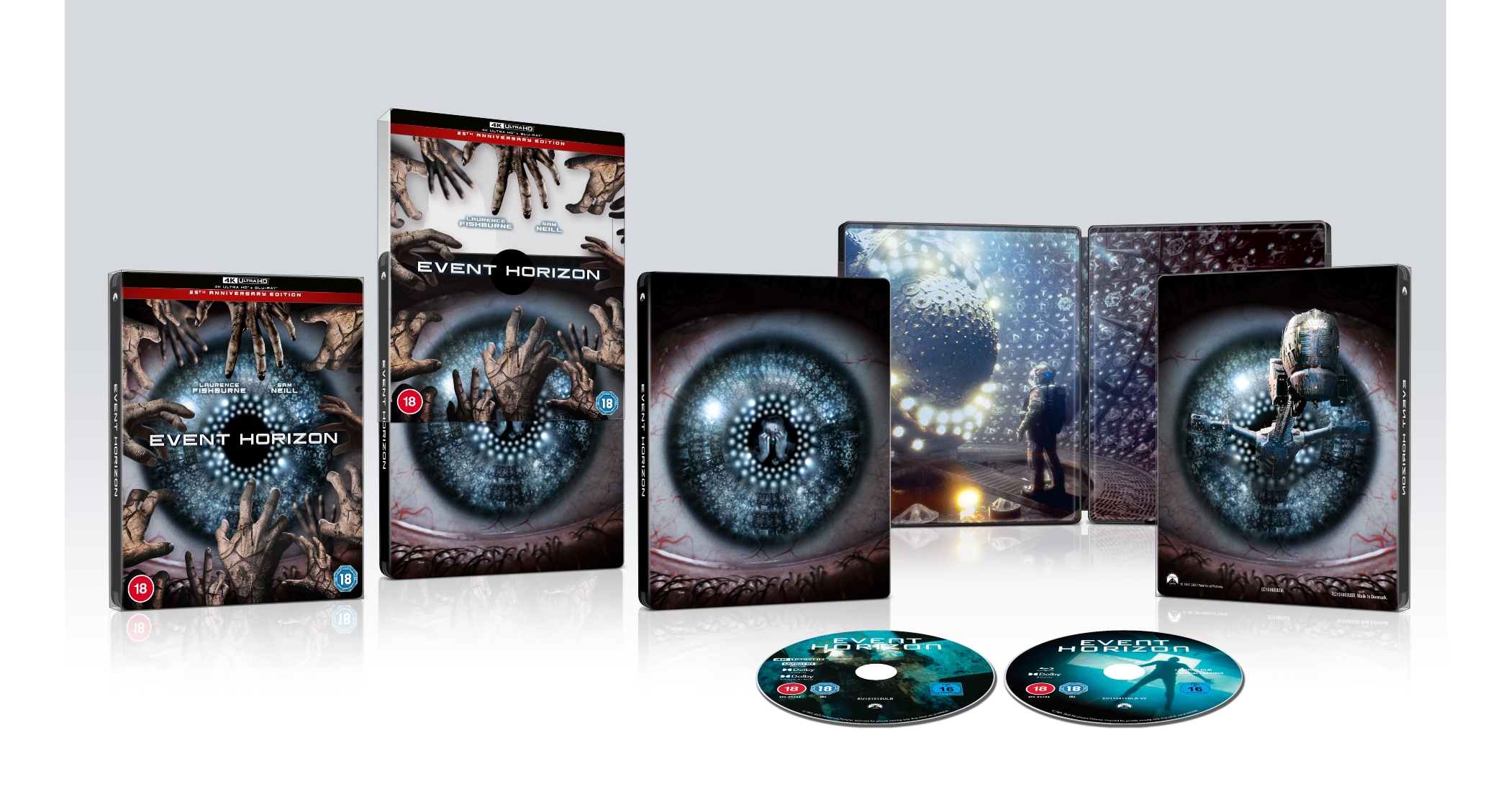 Infinite space delivers infinite terror in the horror cult classic EVENT HORIZON, celebrating its 25th anniversary with a new, Zavvi Exclusive Limited-Edition 4K Ultra HD™ + Blu-ray™ SteelBook®. Available to buy on August 8, 2022 from Paramount Home Entertainment, the release is housed in an acetate o-ring and includes the feature film on a 4K Ultra HD™ disc with Dolby Vision™ and HDR-10. Enter now for a chance to win!

Seven years ago, pioneering research spacecraft “Event Horizon” mysteriously vanished without a trace on its maiden voyage. But then, in the darkness of deep space, a persistent signal prompts a crew to make their way through the galaxy on a bold rescue mission. What they uncover is an unimaginable interstellar horror that will test the entire team’s sanity and souls.