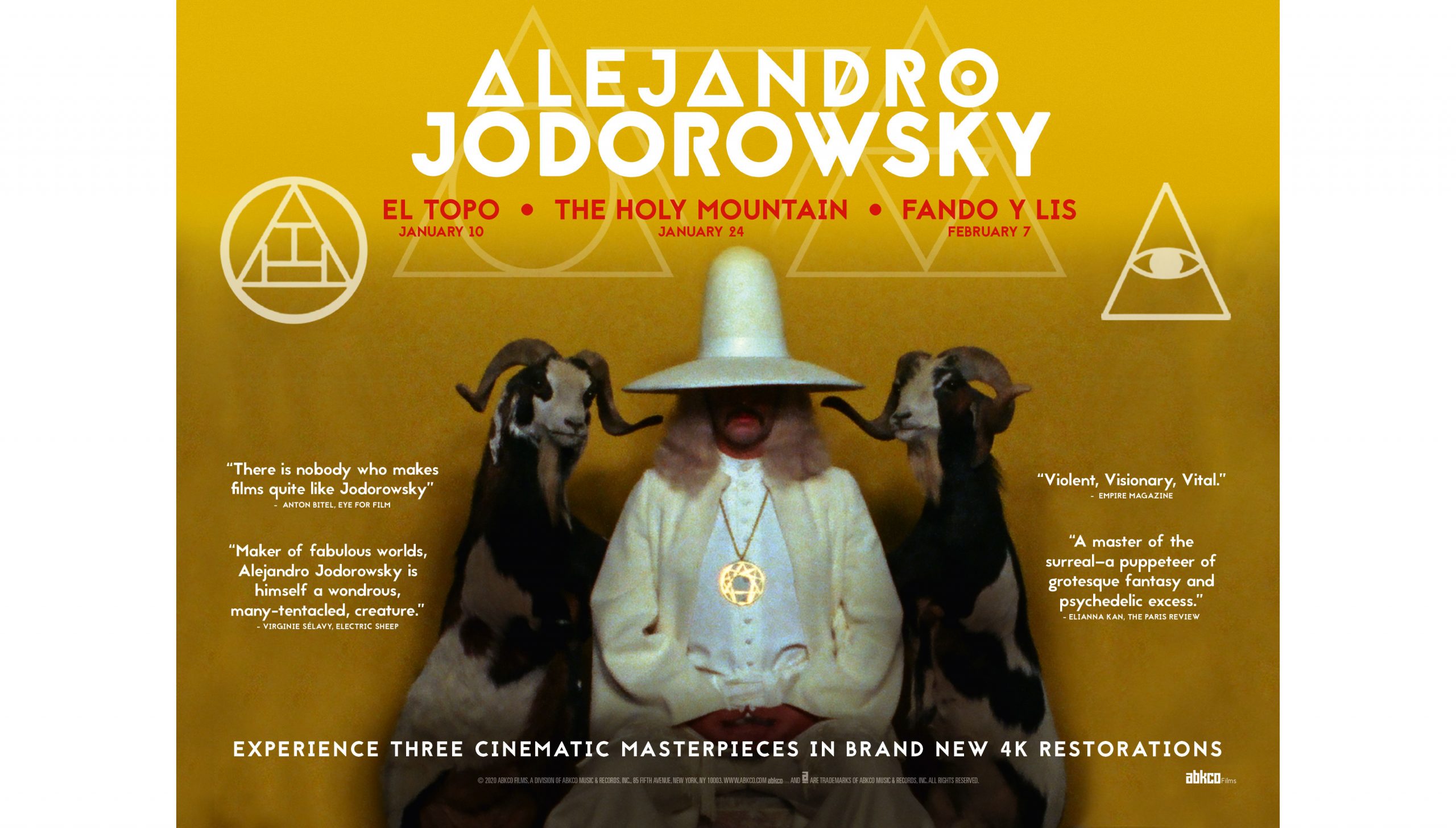 To mark the release of 4K restorations of 3 classics from Alejandro Jodorowsky, we’ve been given a quad poster to give away. El Topo and the The Holy Mountain are out now, and Fando Y Lis is in cinemas 7th February.

The scandal of the 1973 Cannes Film Festival, THE HOLY MOUNTAIN, Jodorowsky’s most ambitious film (part-funded, thanks to John Lennon, by music boss Allen Klein), is a sprawling phantasmagoria of sacrilegious visual excess and existential yearning, which the New York Times described as ‘dazzling’.

Boasting some of his most disturbing images, Jodorowsky’s stunning feature-length debut, FANDO Y LIS, is an extraordinarily ambitious and intense adaptation of a controversial play by Fernando Arrabal. A bizarre tale of corrupted innocence and tortured love rendered in searing, high-contrast black and white, FANDO Y LIS incited a full-scale riot when it was first screened at the 1968 Acapulco film festival. Film4 said the film ‘leaves Fellini and Buñuel spluttering in its dust’.

Weathering With You Review