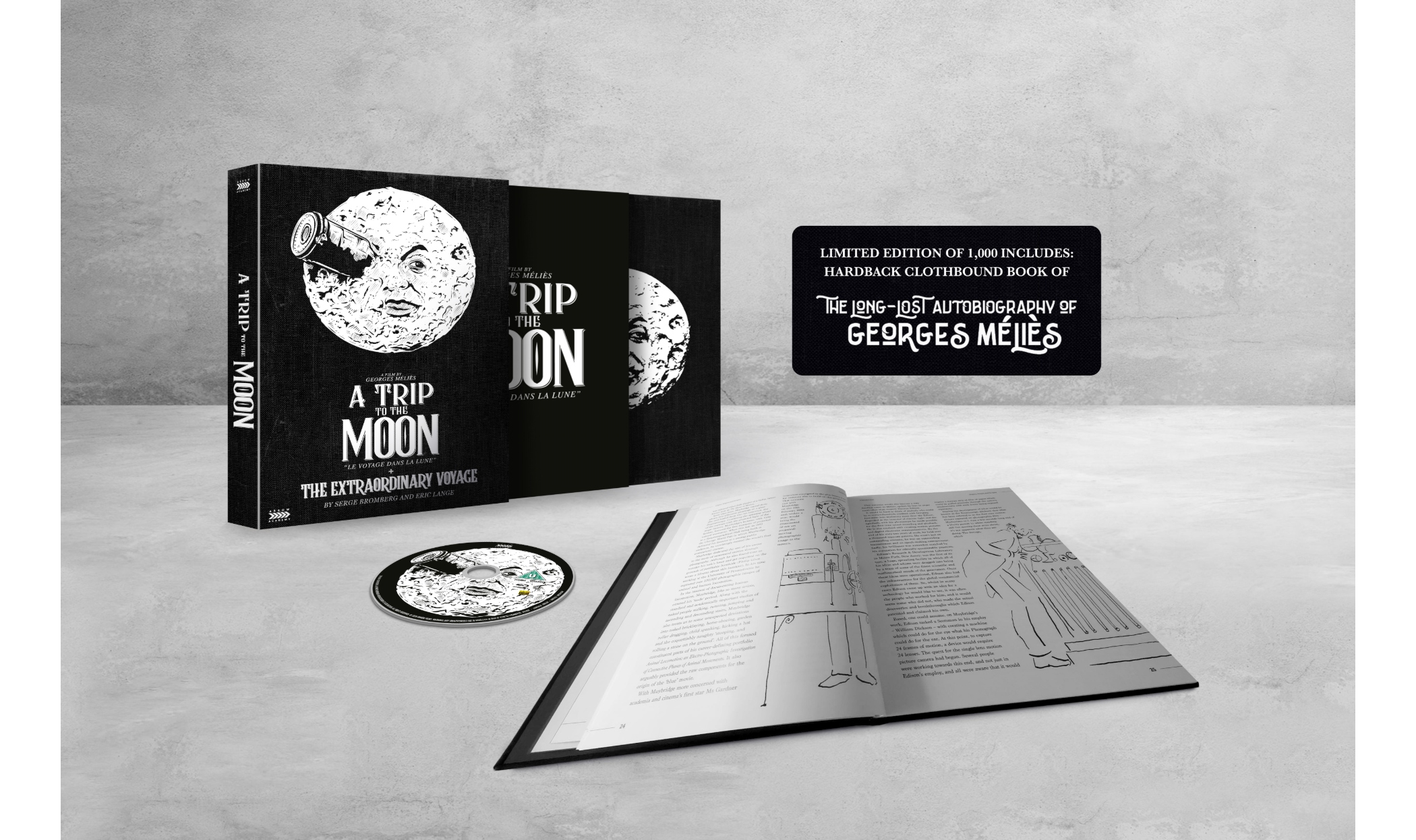 Georges Méliès was not just a pioneer of early cinema, he was central to what we know as film today. An illustrator, magician, filmmaker, and inventor he paved the way for animation and multi-media filmmaking.

Of all of Méliès films, his boldest and most well known is certainly A Trip to the Moon [Le Voyage dans la Lune], loosely based on the writings of Jules Verne. A Trip to the Moon follows a group of travellers who jet off to the moon from earth on an exploration mission only to end up in peril and captured by the local inhabitants, the Selenites. Featuring a who’s who of theatrical cast from the era, with Méliès himself taking a lead role, this is one of the very first forays into sci-fi cinema, and spawned one of the most iconic images of cinema – the man in the moon with a rocket in his eye.

Presented here in both black and white and its original colours, and supplemented by Serge Bromberg and Eric Lange’s phenomenal documentary, An Extraordinary Voyage, along with Méliès’ unpublished autobiography, A Trip to the Moon can now be fully celebrated in this deluxe package.