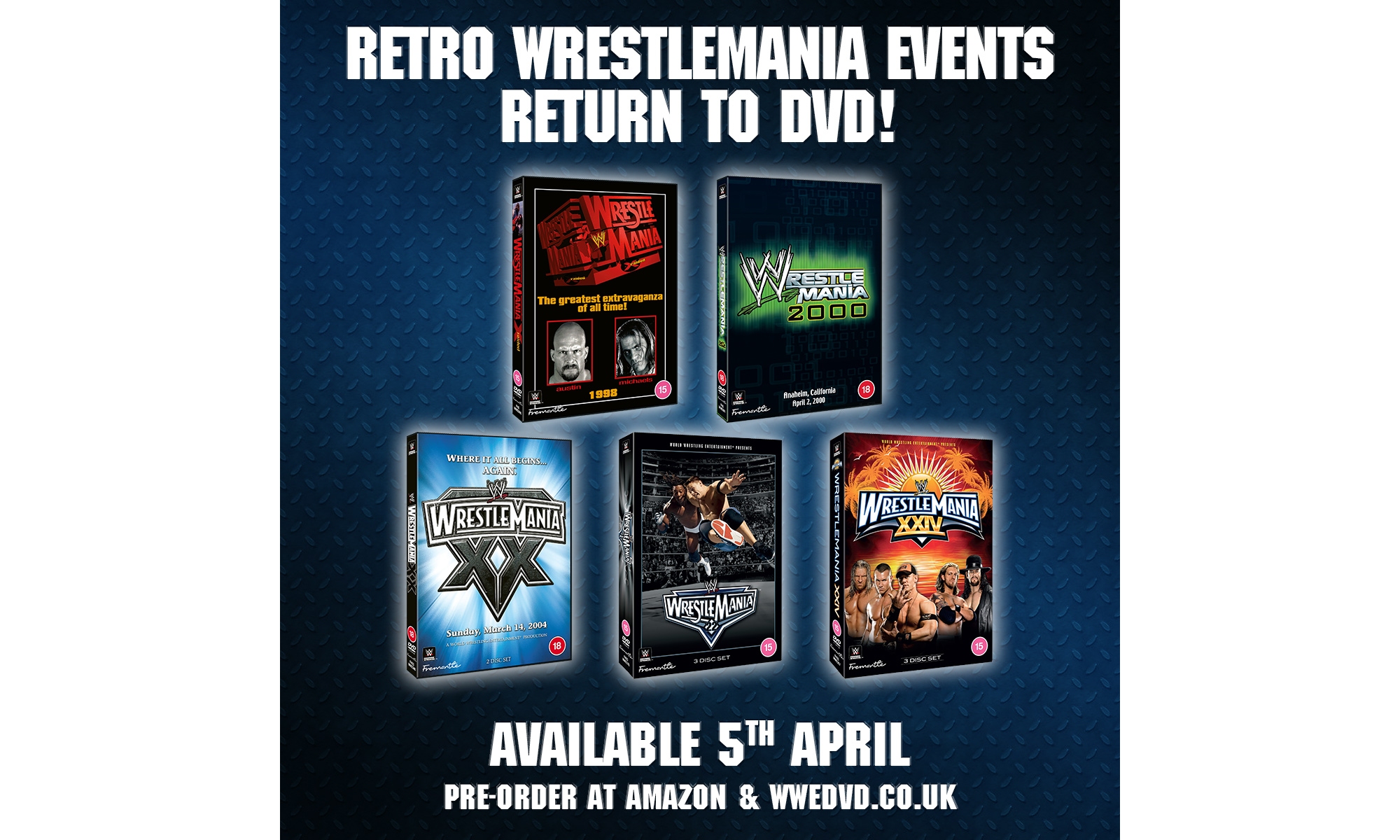 The Attitude Era begins! Stone Cold Steve Austin challenges Shawn Michaels for the WWE Championship, with special enforcer Mike Tyson at ringside – but whose side is “The Baddest Man of Planet” on? Also on the show, The Undertaker and Kane face off – the first ever clash between the “Brothers of Destruction” – and The Rock defends the Intercontinental Championship. Plus, wild action from Triple H, Cactus Jack, the New Age Outlaws, and Sable! Released as part of its own DVD set for the very first time.

The Rock faces three other Superstars in a star-studded Fatal 4-Way Match for the WWE Championship – with a member of the McMahon family in every corner!

The Hardy Boyz, Edge & Christian, and the Dudley Boyz take the tag team division to new heights in a Triangle Ladder Match – a groundbreaking collision that set the stage for their historic TLC matches. There’s more incredible Attitude Era action from Kane, Rikishi, DX, and Chyna – plus, a crazy Hardcore Battle Royal!

WWE marks the 20th anniversary of WrestleMania by returning to where it all began – Madison Square Garden! Eddie Guerrerro defends the WWE Championship against Kurt Angle in a classic matchup, and The Rock returns to reunite the Rock ‘n’ Sock Connection and battle the Evolution trio of Batista, Randy Orton, and Ric Flair. There’s also a Brock Lesnar vs. Goldberg dream match – with Stone Cold Steve Austin as the special guest referee! The 3-disc set includes an entire disc of original special features.

John Cena puts the WWE Championship on the line against Triple H, while Rey Mysterio sets out to fulfill a lifelong dream of becoming World Heavyweight Champion – but he has to go through both Kurt Angle and Randy Orton in a Triple Threat Match! There’s also high-risk action in a Money in the Bank Ladder Match, a Harcore battle between Edge and Mick Foley, and an Undertaker vs. Mark Henry Casket Match! The 3-disc set includes exclusive extras and the 2006 Hall of Fame Ceremony.

Edge and the Undertaker battle in the main event and it’s all on the line – Edge’s World Heavyweight Championship and the Deadman’s WrestleMania undefeated streak!

In one of the all-time great WrestleMania celebrity moments, Floyd Mayweather steps into the WWE ring for a GIANT challenge. Also, Ric Flair says an emotional goodbye to the WWE Universe when he battles Shawn Michaels – plus, John Cena, Triple H, and Randy Orton clash in a Triple Threat Match for the WWE Championship! The 3-disc set includes the 2008 Hall of Fame Ceremony.