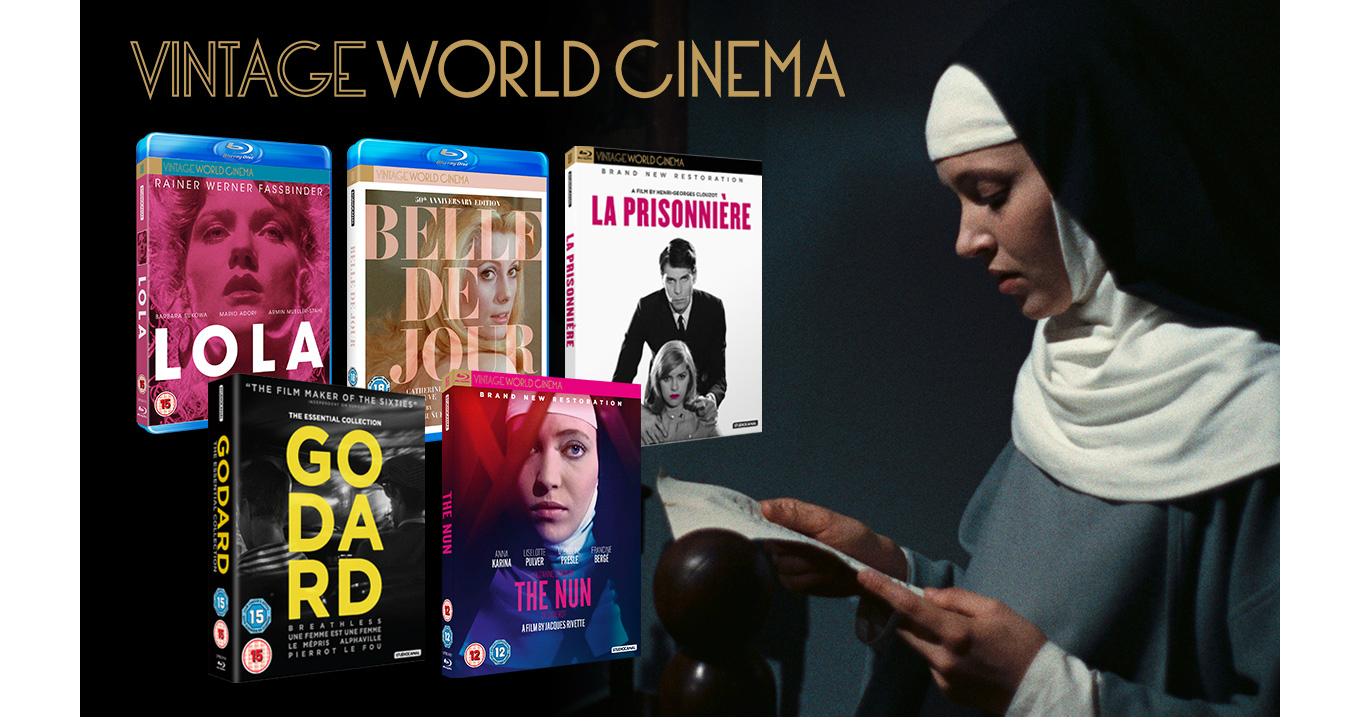 To mark the release of the restoration of The Nun, out now, we’ve been given a Blu-ray bundle including The Nun, The Essential Godard Collection (Includes Breathless, Pierrot le Fou, Le Mepris, Une Femme est une Femme, Alphaville), La Prisonnière, Belle de Jour and Lola to give away.

In the XVIII century, Suzanne Simonin (Anna Karina) is locked in a convent against her will. She finds for a while some comfort with the Mother Superior, but then she dies and is replaced by a sadistic woman than cannot stop blaming and punishing Suzanne. The young lady gets the right to move to another convent, however, she remains determined to recover her freedom.

Jacques Rivette (1928 – 2016) was a French film director and film critic, known for his contributions to the French New Wave and the influential magazine (dubbed the ‘instrument of combat’ of the New Wave) Cahiers du Cinéma, of which he was editor throughout the first half of the 1960s. Extremely prolific throughout his career, Rivette made twenty-nine films, best known among them L’amour fou (1969), Out 1 (1971) and La Belle Noiseuse (1991).

Win The Nun on Blu-ray™