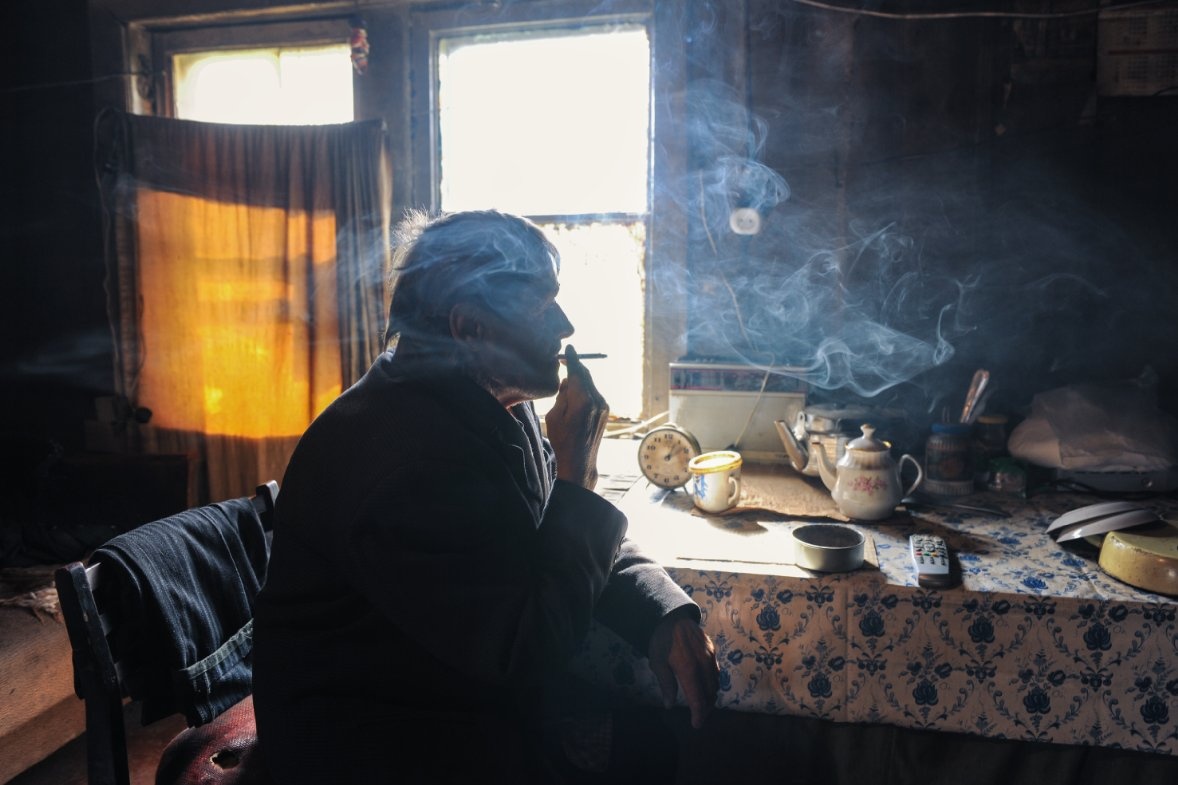 Andrei Konchalovsky’s mesmerising and remarkable film continues a tradition of fine and often oneiric Russian cinema, and has much in common with Victor Kossakovsky’s Vivan Las Antipodas and Aleksey Fedorchenko’s Silent Souls, both of which premiered at previous Venice film festivals.

Konchalovsky follows the titular postman Lyokha (Aleksey Tryapitsyn), doing most of his rounds by boat as he criss-crosses Lake Kenozero in northern Russia to the remote villages scattered around the shore. The entire film revolves around this man as he delivers the post, transports loaves of bread and pensions, orders medicine and generally makes himself at home wherever he visits. The film opens at Lyokha’s own home as he talks us through his life via a series of photos (“this is me when I had a wife and a cow, this is my mate before he died falling overboard drunk, this is me before I got my new teeth, this is me having a fight with vodka – the vodka won, etc.”). In this simple manner, Konchalovsky has provided us with all the background narrative we need for our local hero.

Lyokha is the fulcrum of the film, but also of the people he meets. He passes on messages and stories, maintaining a contact between villagers cut off from the outside world. He takes us to another, older Russia relatively untouched by the vicissitudes of the state or by the technological revolution. The people live in wood cabins, there is one horse shared by the village, and there are no roads. Characters include a local drunk, a man who regularly states “maybe not tonight, but sometime soon I’m going to kill someone” and Irina (acclaimed theatre actor Irina Ermolova), living with her son Timur and regularly receiving visits and amorous advances from the postman. One of the most memorable scenes is when Lyokha takes Timur out fishing for the day, recounting stories of the witch that lives in the river. But there are many memorable images from this film, set in a place of staggering natural beauty that looks like a fairytale setting. The dreamlike, folklore aspect is heightened by Lyokha’s sightings of an enigmatic cat. Yet the modern world encroaches on these lives, with Irina patrolling the waters in search of illegal fishing activities, Lyokha’s brush with bureaucracy as he searches to replace a stolen engine and his visits to his sister in town. Yet when Lyokha decides to uproot to the city, it takes just one night for him to miss his cabin and his bucolic lifestyle.

Konchalovsky’s cast is predominantly made up of local non-professional actors, and much of the story comes from their own lives. The director often works with their own conversations, creating a weave of fiction and fact. Real-life postman Tryapitsyn as Lyokha provided not only many ideas for the film, but is superb as this charming and kind character, maintaining a contact between the past and the present, and between the isolated communities. This is a fascinating and magical film in the tradition of great Russian story-telling.