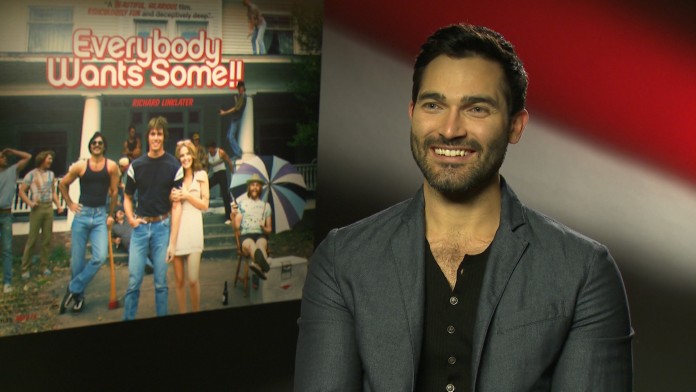 You may recognise Tyler Hoechlin as being Tom Hanks’ son in Road to Perdition – but the actor is all grown up now, and takes on a starring role in one of the year’s very best films yet, Everybody Wants Some!!

We had the pleasure of sitting down with Hoechlin to discuss what it was like to collaborate with Richard Linklater, while he compares his competitive jock character to himself and his own experiences at college. He also speaks about why this role was so perfect for him as an actor, and on his forthcoming deviation into the world of Fifty Shades of Grey…

In case you want to hear Hoechlin talk about Fifty Shades Darker (because why not?) then the video below features his answer on stepping in to the aforementioned franchise.

Everybody Wants Some!! is released on May 13th, and you can watch our interview with director Richard Linklater here.