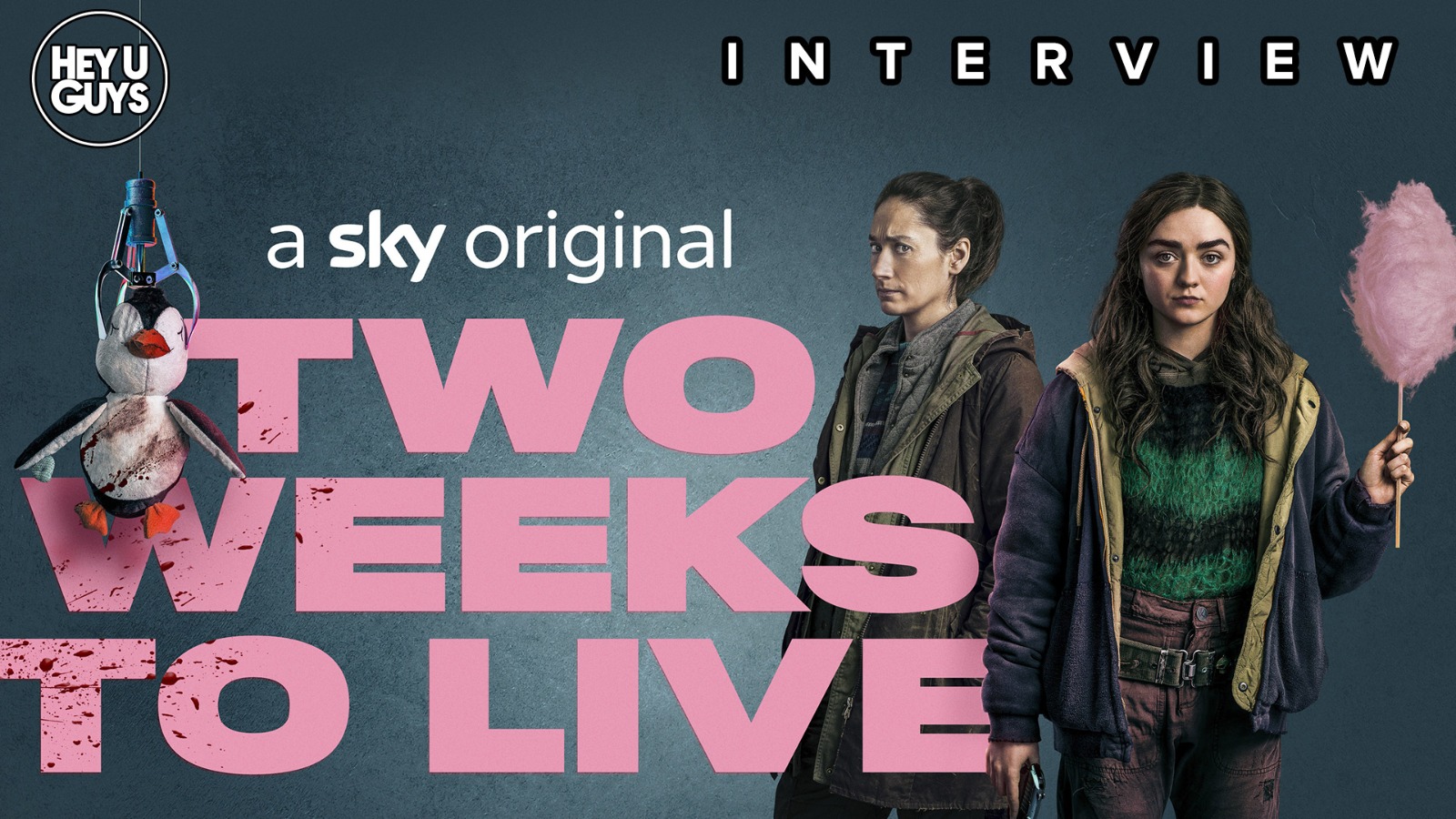 We’ve seen Maisie Williams seek a bloodthirsty vengeance before, but not quite like this. The star of Game of Thrones returns to our screens in brand new Sky comedy series Two Weeks to Live, and to mark this joyous occasion, we spoke to the actress herself, alongside co-stars Mawaan Rizwan & Taheen Modak. The trio discuss with us the balance between action, comedy and pathos and whether have found themselves relating to their characters in recent months.  We also talk pranks, and whether they’d be keen to return for a second series…

Kim Noakes (Maisie Williams), a strange young misfit who was just a little girl when her father died in murky circumstances. Following his death, her mother Tina whisked her away to a remote rural life of seclusion and bizarre survival techniques.

Now all grown up, Kim sets out into the real world for the first time to begin a secret mission of honouring her father’s memory. Meanwhile, socially awkward Nicky isn’t good at impressing girls, and when Kim walks into his and brother Jay’s local pub, it sets in motion a chaotic series of events that puts all their lives in danger. Who would have thought a few drinks and an ill-judged prank could go so violently wrong?

Tina arrives in search of Kim and the unlikely crew soon find themselves on the run from murderous gangsters and the police with a massive bag of stolen cash. But Kim is no ordinary fish out of water – she’s more like a great white shark who knows how to strip a Smith & Wesson SDVE pistol in 6 seconds flat and skin a deer to make a sleeping bag whilst perfectly reciting the lyrics to ‘I Will Survive’. With her in their team, they might all just get out of this alive.

Two Weeks To Live is available to watch now on Sky One and NOW TV.