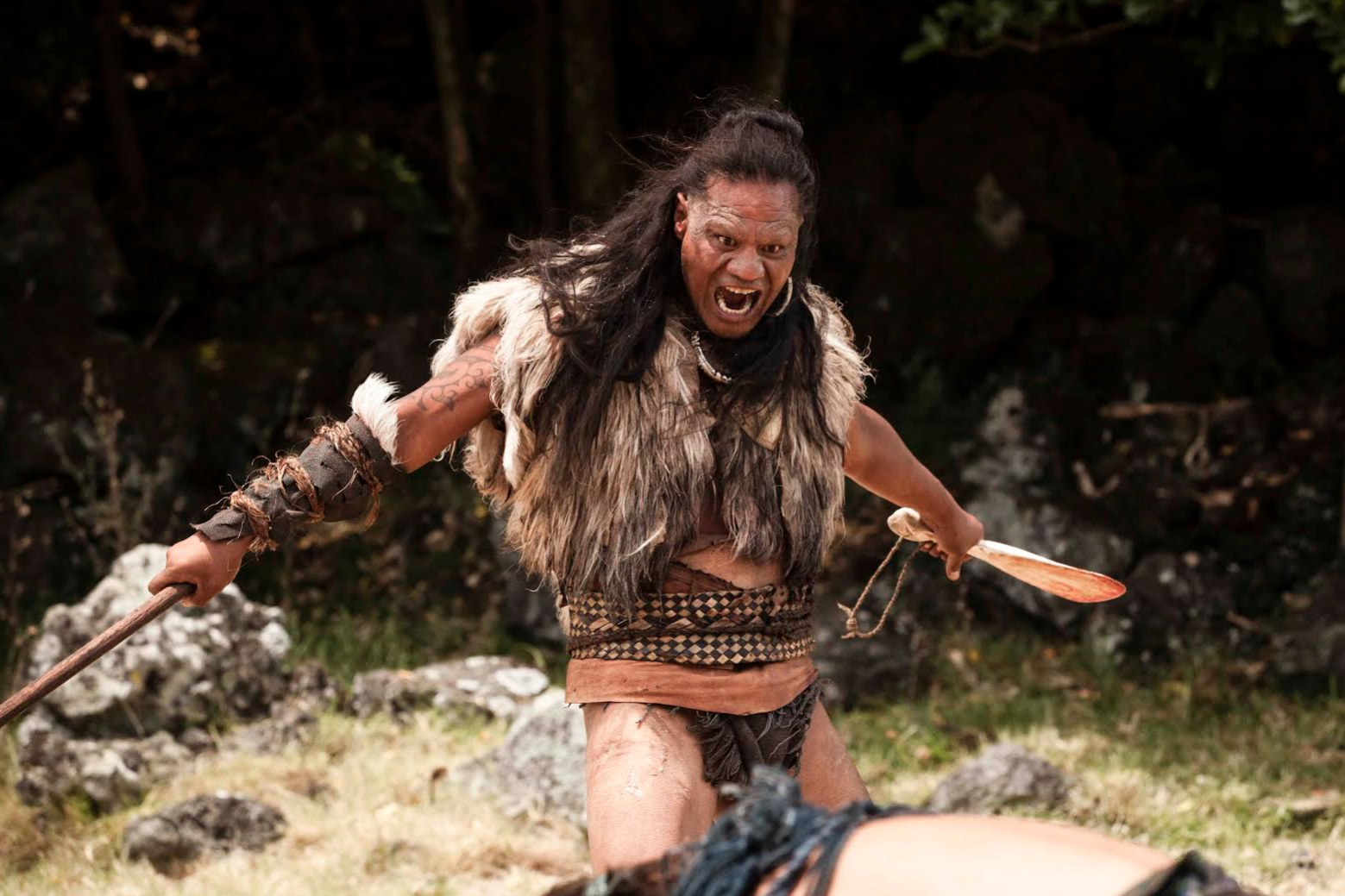 How does a film that features some of the most gorgeous landscapes on earth, buff, exotic warriors, and dollops of Aboriginal mysticism end up being a dull viewing experience? I’m not sure I can put my finger on a precise answer, but the makers of The Dead Lands manage to pull it off.

After the men in his village including his chieftain father are slaughtered, teenager Hongi (James Rolleston), despite being inexperienced and inept in the ways of warfare, sets out after the treacherous rival tribesmen responsible for the deed. Hongi learns of a place called the Dead Land, an ostensibly evil realm from which no one returns, which is occupied by a monster who kills and eats all who dare enter it. Conferring with the spirit of his dead grandmother (Once Were Warrior’s magnificent Rena Owen), he decides to enter the Dead Land to solicit the assistance of its terrifying warrior guardian (Lawrence Makoare, The Hobbit: The Desolation of Smaug) to seek revenge for his people in the face of overwhelming odds.

This is an undeniably unique coming of age story, and the relationship between the boy and the father figure ‘monster’ has its touching moments, but the mixture of bloody action (the traditional Maori martial art Mau rakau) and tribal culture and protocols never really gel. The press notes state that this is the first feature to portray the Maori martial art on screen, but this uniqueness is moot as the camera gets in amongst the fighting in such a way that it’s difficult to follow what is going on and to distinguish who is who.

The stentorian delivery of the dialogue often veers towards the silly, and while this is no doubt part of an appropriately respectful and accurate presentation of the tribal traditions around mana (honour, respect, power, and prestige), it also keeps the viewer at an emotional distance. The Dead Lands is lovely to look at, as it would take a lot of effort to make New Zealand look anything other than beautiful, but it feels long at just under 2 hours, and ends with a gory whimper rather than the anticipated spectacularly bloody bang.