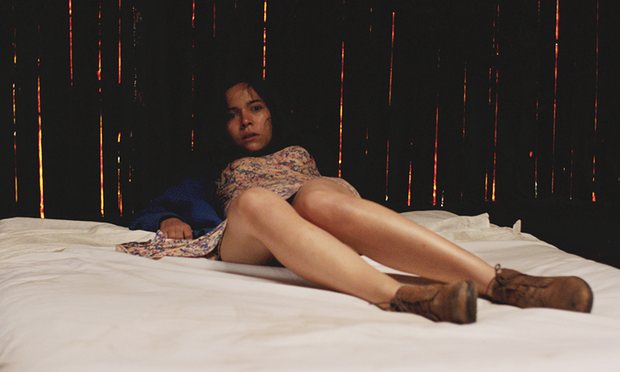 There is no denying that talent that exists within Spanish auteur Amat Escalante, that much was evident in his preceding endeavour, and Palme d’Or nominee Heli, which won the filmmaker the best director award at Cannes Film Festival. But there’s an inclination to shock viewers in a way that seems somewhat gratuitous, which is a criticism again attributed to his latest feature The Untamed, which seems inclined on traumatising the audience for the mere sake of it.

The tale begins as it means to carry on, as Veronica (Simone Bucio) is seen having sex with a tentacle. An event which sends the young woman to hospital, which is where she meets the nurse Fabian (Eden Villavicencio), the brother of Alejandra (Ruth Ramos) who feels imprisoned in an abusive relationship with her husband Angel (Jesus Meza) – a name hardly befitting of the tyrant’s destructive tendencies. Through Veronica, the beleaguered wife – and mother of two – is introduced to the creature, in a dark, elusive location deep in the woods where the alien creature she enjoys intercourse with survives.

As you can probably tell from the synopsis, The Untamed is a rather unique slice of contemporary cinema, and in that regard is one of the more indelible features you’ll encounter this year, as one you can’t be blamed for struggling to decipher for days after witnessing it. And yet Escalante maintains a certain naturalistic edge, very much steeping this outlandish narrative in a hellish, domestic world we can relate to – delving into severe, human themes concerning love and sex, and the sheer poison that lingers within the protagonist’s torturous relationship. The unexplained, slimy creature is symbolic of Alejandra’s own desire, the longing to escape from reality and return to a more primitive state – which too is flawed, as the creature she seeks to fornicate with does not simply provide happiness, it threatens to disrupt, to kill.

What transpires is a film that is ineffably disturbing, and brutally bleak, carrying several layers to ensure The Untamed is a feature that demands a second viewing. That is, of course, if you’re able to stomach it.