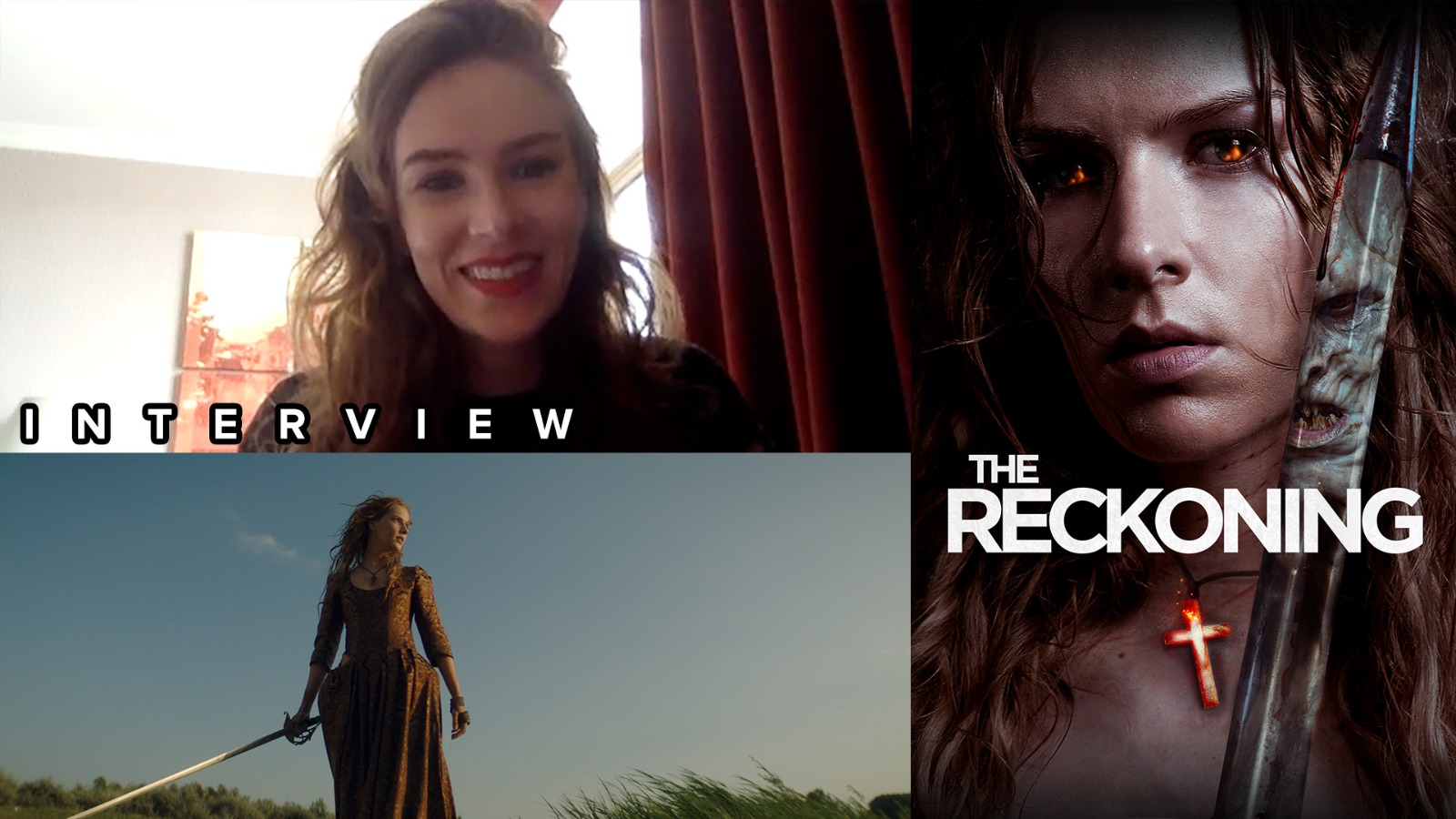 Charlotte Kirk’s name has been in the press in the past couple of years, but not necessarily for her work. The actress has become embroiled in a battle to vacate a gag order that has kept her silent on case that plays heavily into the #MeToo movement of recent years. So needless to say we were pleased to have the chance to speak to the actress about a movie she stars in and is promoting, away from the news cycle that must be so frustrating for the British performer.

Kirk is the lead in Neil Marshall’s latest horror flick The Reckoning, which focuses in on the persecution of a woman believed to practise witchcraft. We discuss the responsibility of playing a leading role, and on the parallels between the movie’s narrative, and on society’s relationship with women in a modern era. We did also ask about the ongoing battles she faces with the courts, as she tells us how keen she is to clear her name and tell her side of the story – if ever allowed to.

After losing her husband during the Great Plague, Grace Haverstock is unjustly accused of being a witch and placed in the custody of England’s most ruthless witch-hunter, Judge Moorcroft. Forced to endure physical and emotional torture while steadfastly maintaining her innocence, Grace faces her own inner demons as the devil himself starts to work his way into her mind.

The Reckoning is available on VOD on April 16th