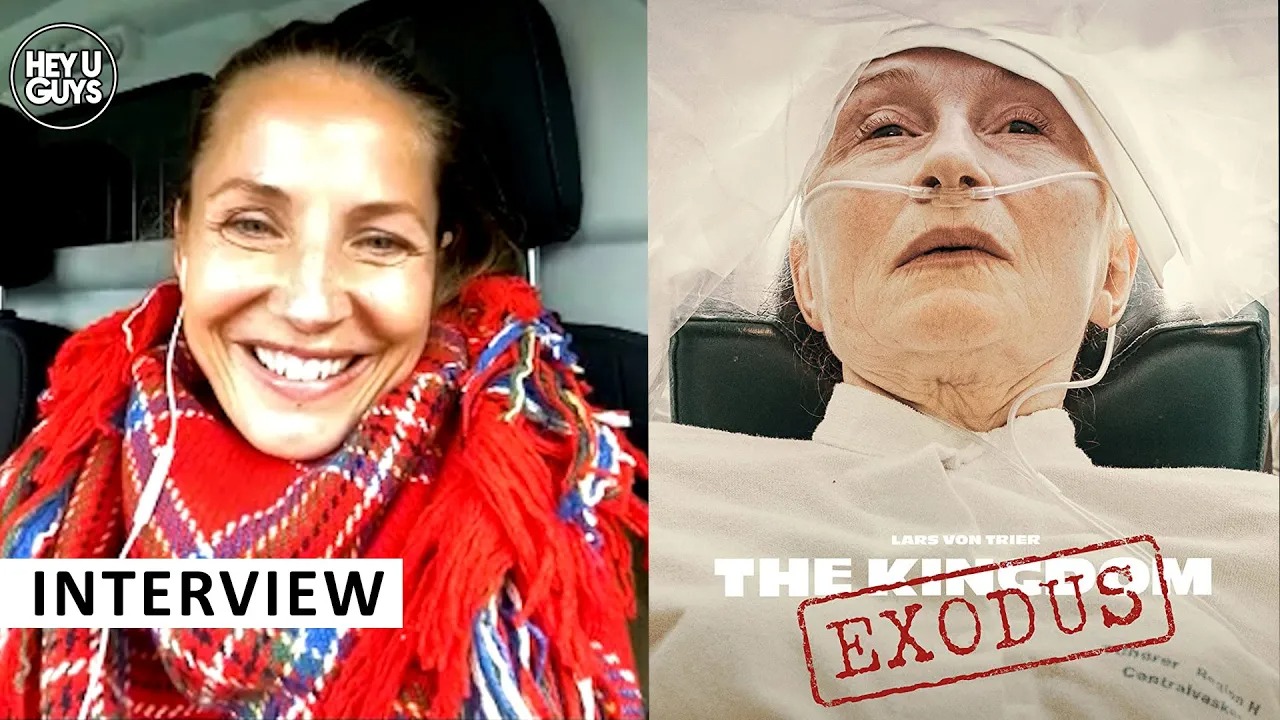 The Kingdom: Exodus is the eagerly anticipated third series of Lars von Trier’s cult-classic production, coming 25 years after it first aired. The wickedly dark, creative show has returned with aplomb, featuring an all-star cast with many of the finest names in Scandinavian film & TV – and to mark the occasion we spoke to two of them, chatting to Tuva Novotny and Nikolaj Lie Kaas.

Below you can watch both interviews in their entirety, as with Novotny we speak about the collaboration process with von Trier, and how experiences with filmmakers of this nature have affected her own approach to storytelling. Meanwhile Lie Kaas comments on the pressure – and excitement – stepping into such a familiar, popular world, and also digs into the cultural differences between different parts of Scandinavia – which is explored within the show. The pair also talk about their experiences shooting in an actual hospital, in the height of the Covid pandemic. Only von Trier…

THE KINGDOM EXODUS is the third and final season of THE KINGDOM series from the world-renowned director Lars von Trier. Season 3 continues and finishes his internationally acclaimed 1990s cult series classic: The ghost story about the hospital built on top of the old bleaching ponds in Copenhagen, where evil has taken roots and the medical science faces a daily struggle with itself, where the Swedes curse the Danes, and the mysterious and inexplicable blend together in a mixture of horror and humour.
The Kingdom: Exodus is available exclusively on MUBI from November 27th.

Mads Mikkelsen stars in trailer for ‘Riders of Justice’.