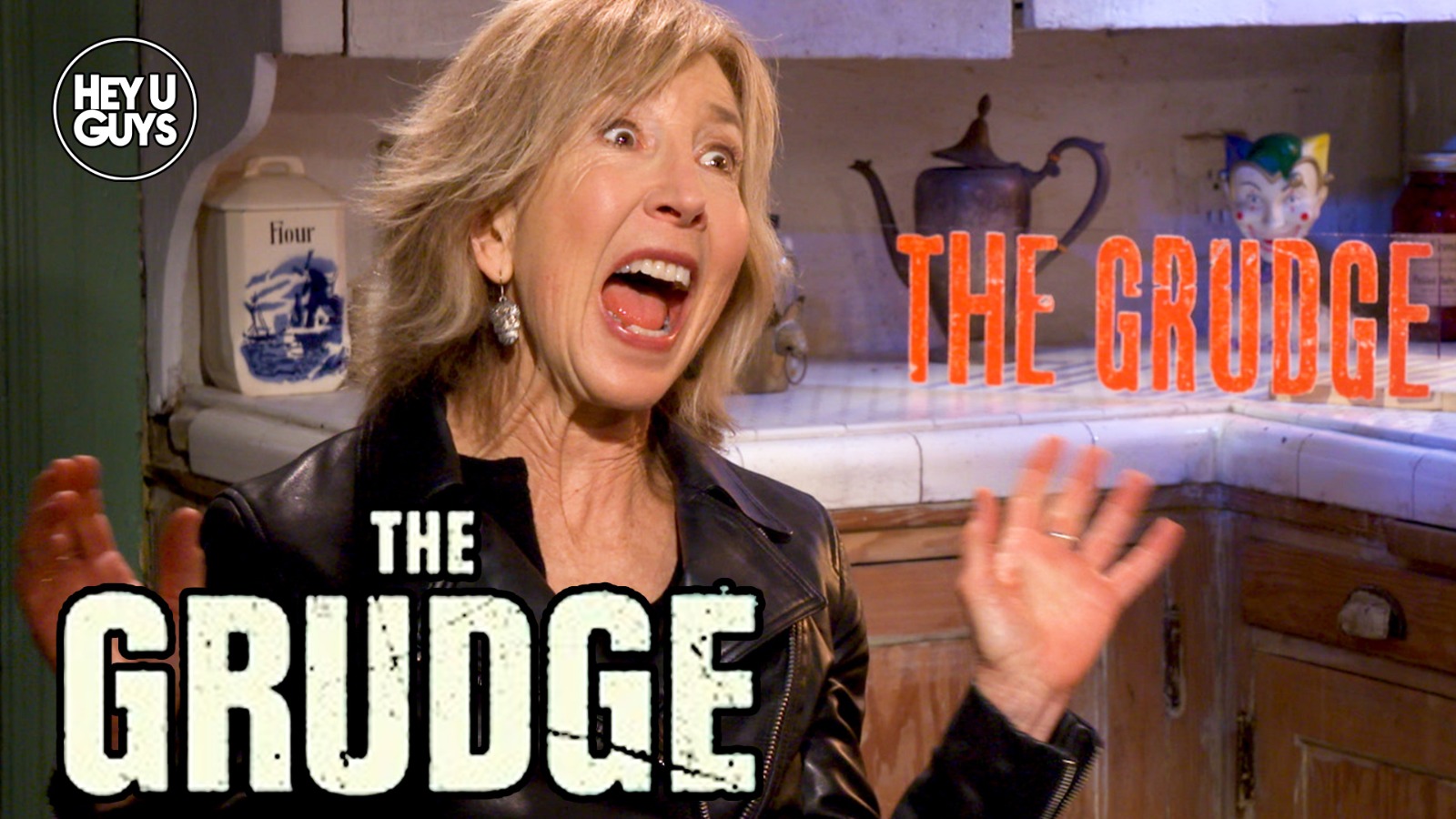 Director, Nicolas Pesce, discusses the puzzle nature of the Grudge movies and how that creates an interactive and engaging experience for the audience which ends with the different story lines coming together to solve the conundrum at the end of the movie.

While filming the iconic shower scene that is shown on the poster, John Cho reveals how on location it became challenging because they ran out of hot water so the shower was mostly very cold, which was a bit of a “bummer” according to Cho. A chilling, thrilling scene!

Nicolas recalls the first time he watched Ju-On and the Grudge movies. He was impressed with how simple and minimal those early movies were which made you feel you were watching  someone’s home movie that had ghosts in the background: and that made it so much scarier for him!

Lin reveals how she enjoys playing interesting characters, such as Faith Matheson, who suffers from dementia and how her weakness has opened her up to the rage of The Grudge.

After seeing Eyes of My Mother, Lin really wanted to work with Nicolas Pesce and explains why. An especially unnerving scene with Tara Westwood is discussed with Lin telling us why she consented to being drooled upon. It’s also interesting to hear why Lin makes sure her safety is a priority on set.

After a young mother murders her family in her own house, a single mother and young detective tries to investigate and solve the case. Later, she discovers the house is cursed by a vengeful ghost that dooms those who enter it with a violent death. Now, she runs to save herself and her son from demonic spirits from the cursed house in her neighborhood.