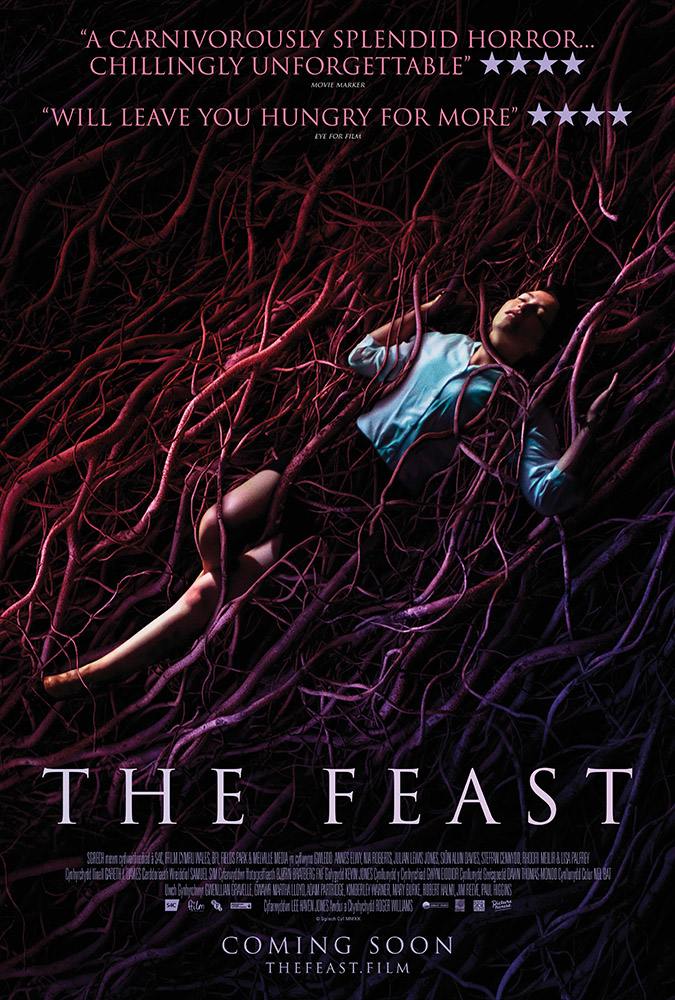 Picturehouse Entertainment has debuted a new trailer and poster for the forthcoming haunting slow-burning horror ‘The Feast’, and we’ve got the exclusive just for you.

Filmed in the Welsh language, the story unfolds over the course of one evening as a wealthy family gathers for a sumptuous dinner in their ostentatious house in the Welsh mountains. The guests are a local businessman and a neighbouring farmer, and the intent is to secure a business deal to mine in the surrounding countryside. When a mysterious young woman arrives to be their waitress for the evening, the family’s beliefs and values are challenged as her quiet yet disturbing presence begins to unravel their lives – slowly, deliberately and with the most terrifying consequences.

The Feast is released exclusively in cinemas from 19 August. Find out more about the film here.