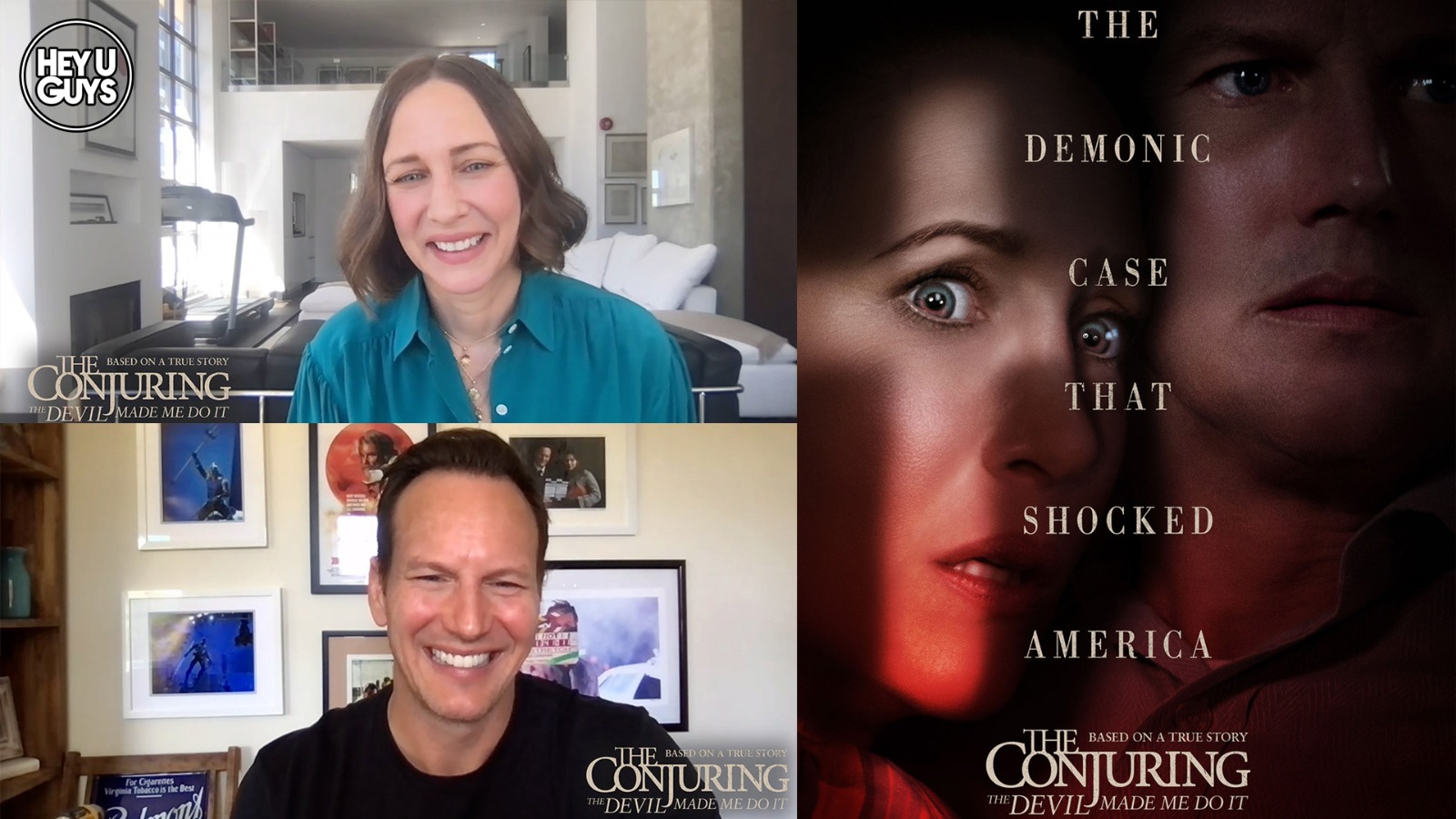 Ed and Lorraine Warren, though real people, have become real cinematic mainstays in recent years, and Patrick Wilson and Vera Farmiga have become so well-known for portraying the paranormal investigators. Needless to say we were thrilled to have the chance to meet the duo ahead of the third official film from the Conjuring franchise. Our time may have been limited but we enjoyed speaking about their process, and whether their portrays are now steeped more so in the cinematic creations they’ve been behind, or the real people they’re playing.

We also had the opportunity to speak to young actor Ruairi O’Connor, who turns in an impressive display and makes for a fine new addition to the series of films, as he speaks about acting demonic, and his Irish roots. Be sure to watch both of our interviews in their entirety below:

A chilling story of terror, murder and unknown evil that shocked even experienced real-life paranormal investigators Ed and Lorraine Warren. One of the most sensational cases from their files, it starts with a fight for the soul of a young boy, then takes them beyond anything they’d ever seen before, to mark the first time in U.S. history that a murder suspect would claim demonic possession as a defence.

Watch The Conjuring: The Devil Made Me Do It in cinemas from 28th May.

Look out! New trailer plummets in for Roland Emmerich’s ‘Moonfall’