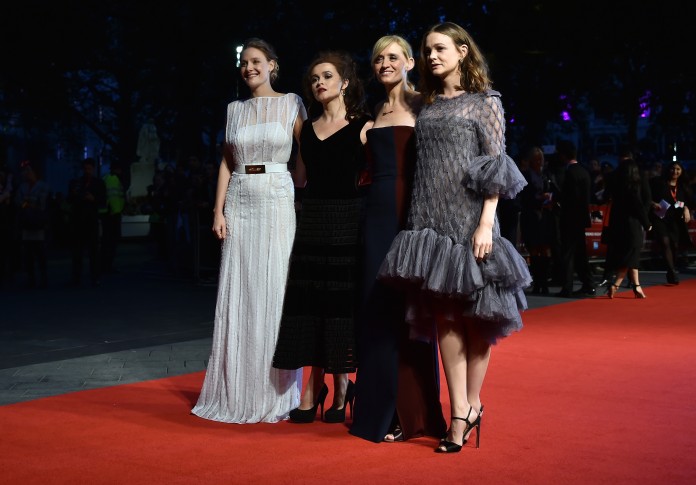 This evening saw the launch of the 2015 BFI London Film Festival with a Gala screening of Sarah Gavron’s Suffragette.

As we saw in the press conference, held earlier today, the tone of the twelve day festival and its focus on women in film is alive in Gavron’s film and the cast and crew took to Leicester Square for the film’s premiere.

They weren’t the only ones on the carpet as you’ll see from the footage below. Sisters Uncut channeled the spirit of the film which was having its premiere and lay on the carpet, protesting the cuts to the services available to women suffering from domestic abuse. The show went on but the protesters certainly made their point.

Cassam Looch and Colin Hart were on the carpet this evening, here are their interviews.

Last night the stars turned out for the pre-festival Luminous Gala, you can see those interviews below,